However, when Aetna gave their big bombshell announcement a few weeks back, it included a curious item: They specifically stated that they were staying on the ACA exchange in Nebraska (along with 3 other states)...which was good to hear amidst the otherwise grim news, but also confusing since, again, I still don't see any evidence of actual rate filings for either Aetna or Coventry via either SERFF or RateReview.HealthCare.Gov. Weird.

In any event, today I found this article at Live Well Nebraska, which claims that...

A sampling of individual health insurance rates for Nebraskans next year shows increases that will average about 35 percent on the Affordable Care Act marketplace, with some increases near 50 percent.

...Figures issued Friday by the Nebraska Department of Insurance showed increases ranging from 12 percent to nearly 50 percent for a sampling of policies that would take effect Jan. 1.

Welp. That's pretty cut & dry...apparently Aetna will be on the exchange. Sure enough, when I checked the NE DOI website, here's what I found: 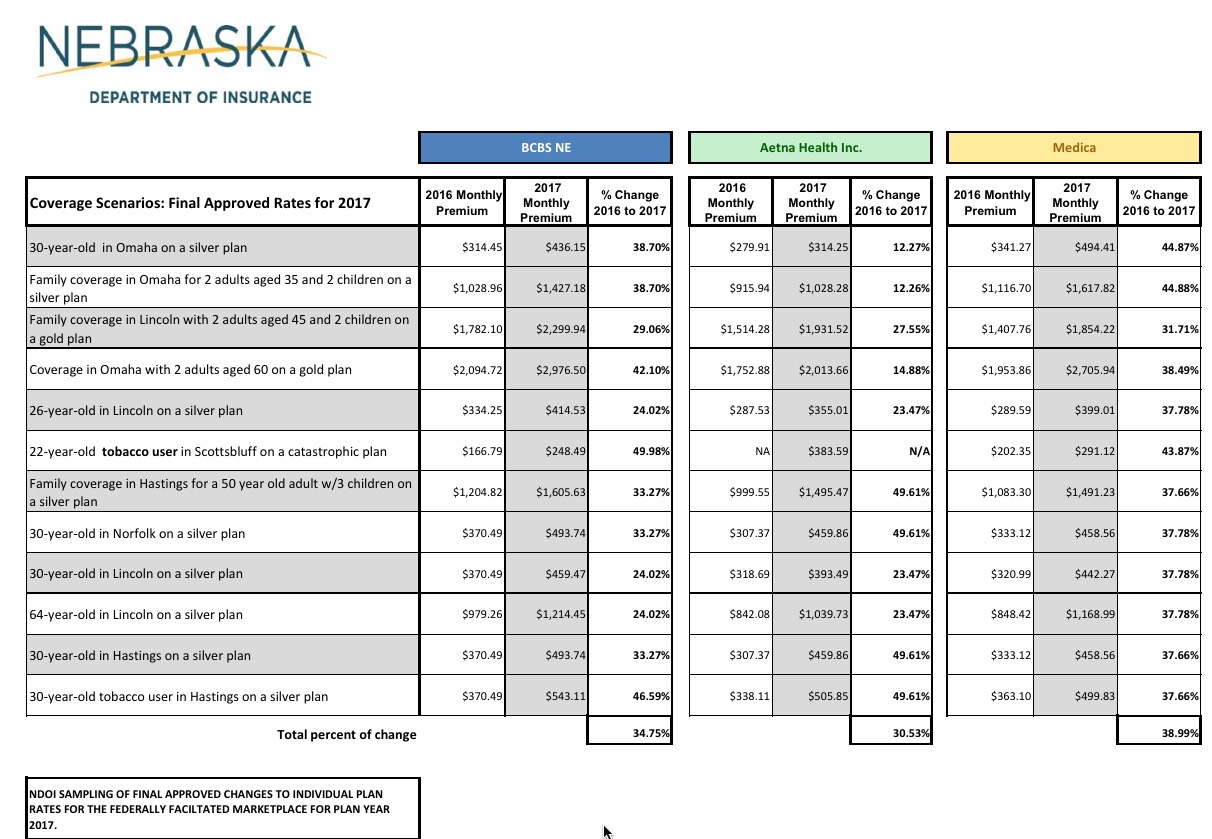 On the one hand, this is just a sampling of premium scenarios...and running a simple average of the three doesn't account for the relative market share of the three companies.

On the other hand...well, a simple average does end up at virtually the same figure (34.8%) that I had estimated for the requested rates without Aetna.

Normally I wouldn't compare an approved hike without having the corresponding request, but under the circumstances, I think I'm on solid ground here. Nebraska: 34.9% requested, 34.8% approved.