Health Insurance Commissioner Kathleen C Hittner, MD today announced her final decision on commercial health insurance premiums for 2017. She approved lower rates than those requested for most health insurers, resulting in approximately $18 million dollars in savings for individuals and employees. The rising cost of medical care – the prices insurers pay to providers for particular services and the number of services members use – continues to be the main driver of health insurance premium growth.

As a bonus, not only does the memo lsit the approved rate hikes for the individual and small group markets (which I have a scattershot history of tracking), but they even include the large group market, which I almost never write about or try to analyze: 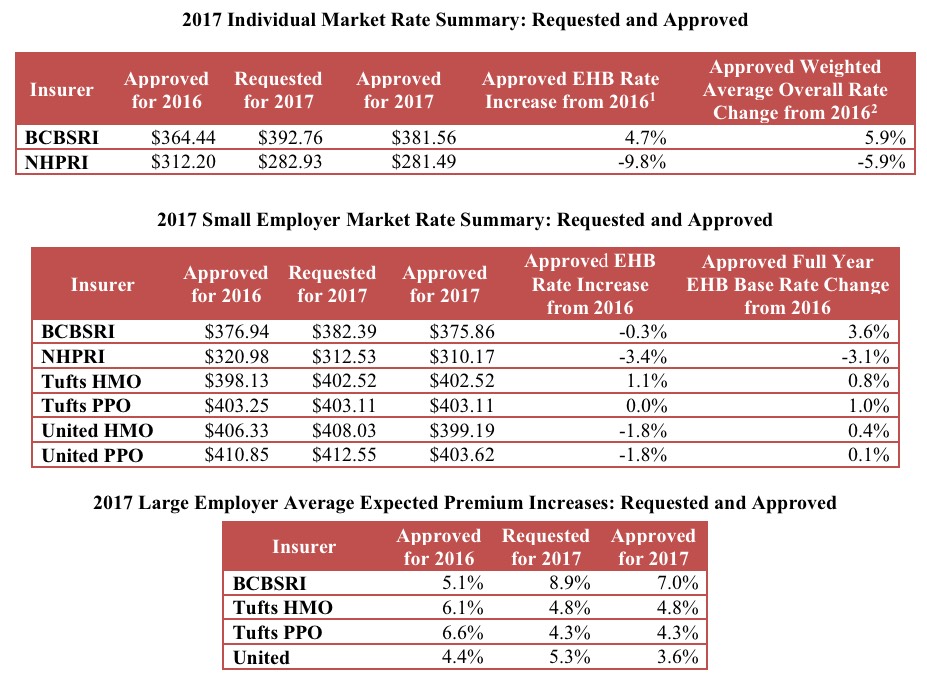 Yup, the BCBS increase is several points below what they had asked for, and the Neighborhood rates will be even lower than the carrier had requested. Here's what it looks like when you plug in the enrollment figures:

As for the small and large group markets, I haven't run their requested rate changes at all and I don't know the relative market share of the carriers, but an unweighted average of each comes in at just a 0.5% increase for the former and 4.9% for the latter...both of which are about as stable as you could ask for.