I'm sure the ACA had absolutely nothing whatsoever to do with this. Nothing at all.

Having said that, I don't think anyone would disagree that the RWJF is a pretty reliable source for this sort of national healthcare data analysis:

The United States is on track to spend $2.6 trillion less on health care between 2014 and 2019, compared to initial projections made right after the 2010 passage of the Affordable Care Act (ACA). 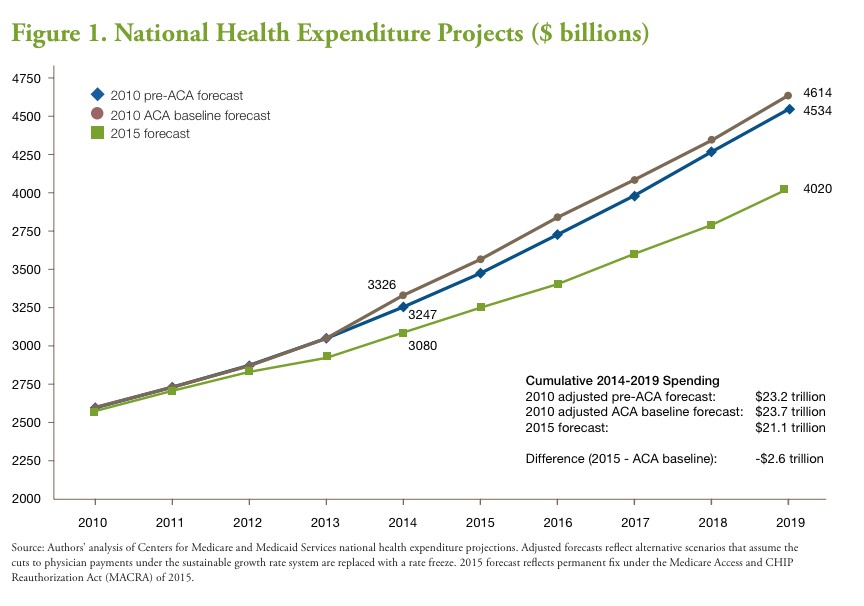 I'm kind of swamped, so I'm gonna leave it at that, but read the full report. Fascinating stuff.