Last month I noted that the Washington Healthplanfinder was reporting currently effectuated QHP enrollment at 170,527 as of the end of March, a 15.0% drop from the official number of QHP selections during the 2016 Open Enrollment Period. I also noted that due to some confusion about how the numbers are reported by the exchange, it could also be argued that WA has seen just a 6.6% net drop, depending on how you look at it.

However, since 200,691 is the official number included in the ASPE report, I'm finally letting that one go...and actually, that's OK, because a 15% drop by 3/31 is fairly close to what I would expect anyway (a bit higher than the 13% national drop from last year, but not out of line).

Anyway, the WA exchange just released their May report (with data through the end of April), and it's actually pretty good--there's only been a very slight net drop since March, for an overall drop of just 15.2% from the 200K figure: 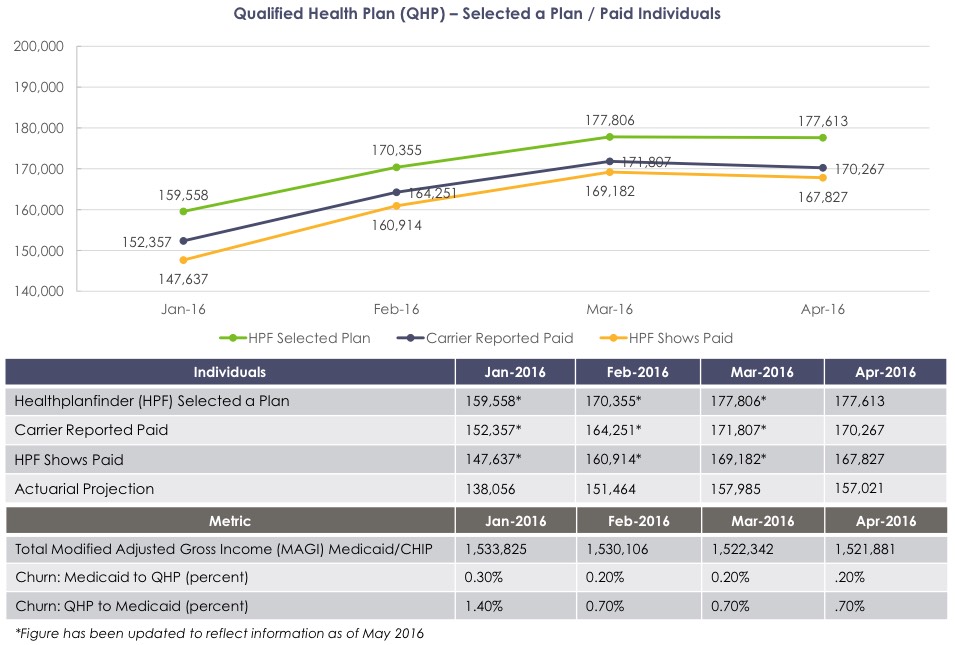 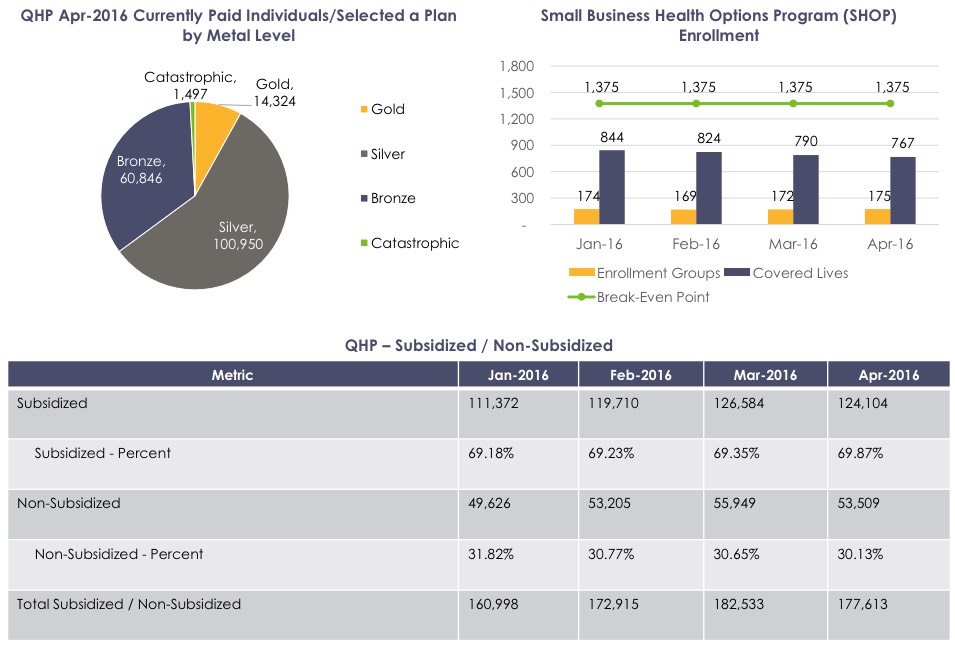