This year, about 214,000 people selected QHPs via HealthCare.Gov in Louisiana, though this has likely dropped to around 182K by now. The state's total individual market (on+off exchange, as well as grandfathered/transitional policies) was around 225,000 in 2014, and has likely increased roughly 25% since then to perhaps 280,000 total, of which around 10% is likely comprised of grandfathered/transitional enrollees. That should leave roughly 250,000 ACA-compliant enrollees statewide.

With this in mind, here's how things stack up in Louisiana for the ACA-compliant individual risk pool rate hike requests:

This article lists most of the numbers above accurately, but there's a strange discrepancy with Blue Cross:

“About 89 percent of our on-exchange members receive federal subsidies,” Maginnis said. “If their income doesn’t change, their portion of the premium won’t change either.”

The problem is that the two separate BCBSLA rate filings only total 59,246 current enrollees impacted by the rate hikes (a 75K difference). If you add those 75K in, it would bring the total individual market up to over 315K, which is possible but seems too high (remember, none of this is supposed to include grandfathered/transitional enrollees).

I've actually been reassured by someone I trust on BCBSLA issues that the 134K figure is correct...but that it also includes grandfathered/transitional enrollees, so the "missing" number of ACA-compliant enrollees is somewhat less. This doesn't really change things much; here's what it looks like with an extra 75,000 people at a 28.3% rate hike:

That discrepancy aside, everything else seems to add up...and the article above even fills in the blank for UnitedHealthcare, which is leaving the LA market:

In April, UnitedHealth announced it would no longer offer Affordable Care Act coverage, in Louisiana and most other states. UnitedHealth said those plans racked up losses of more than $1.1 billion nationally over two years. UnitedHealth’s individual plans covered about 29,000 people in Louisiana, who will have to choose another insurer for 2017.

Put them all together and you have a weighted average requested rate increase of 26.8%. 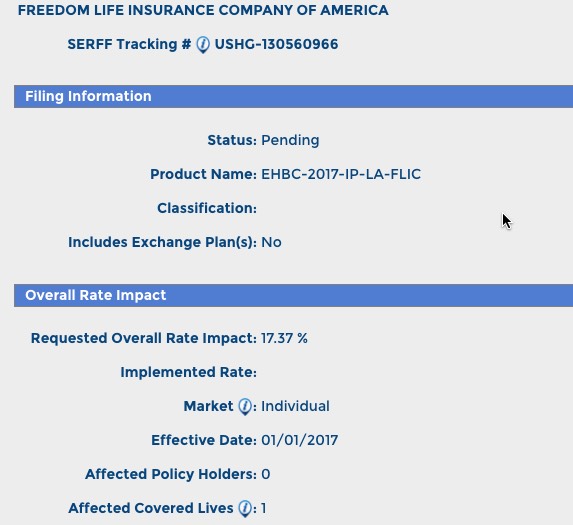 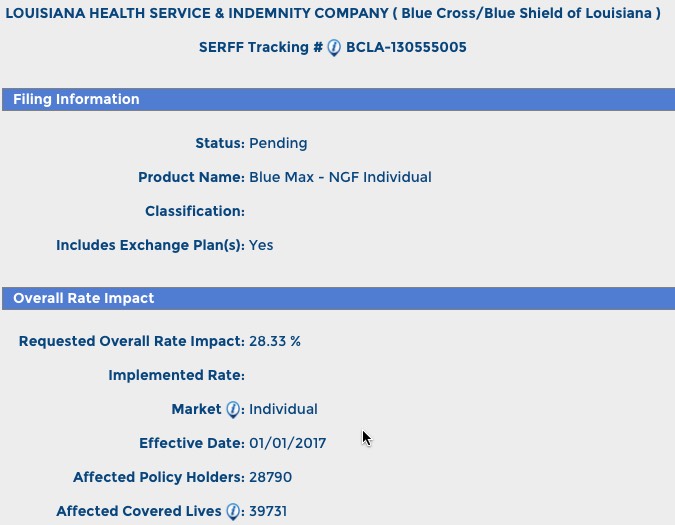 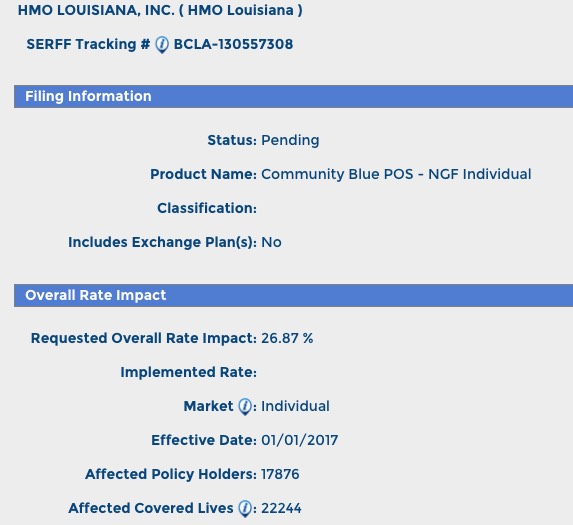 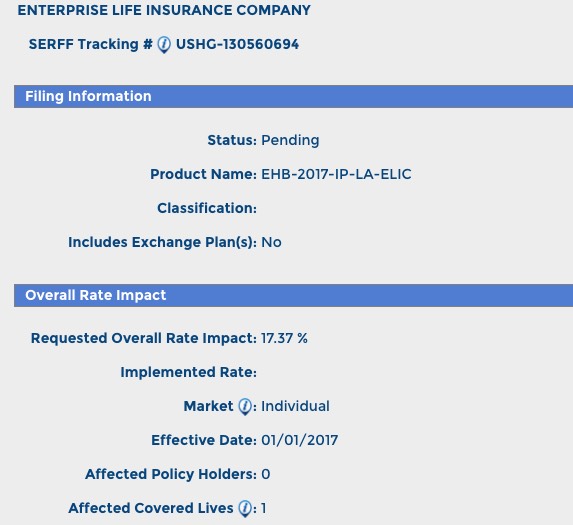 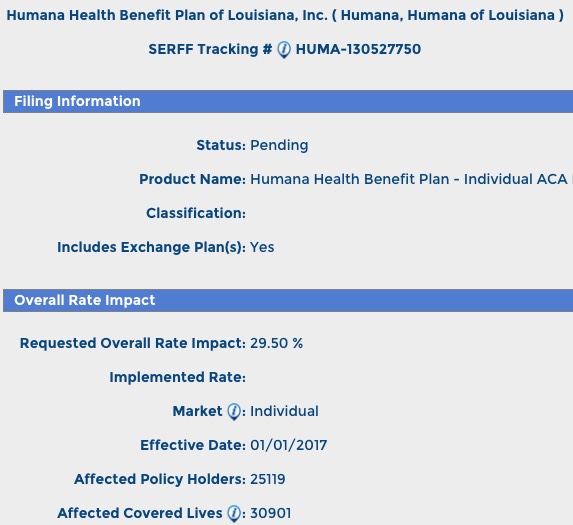 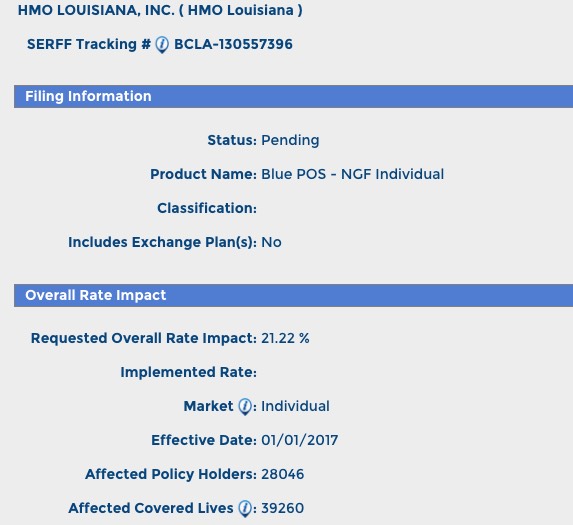 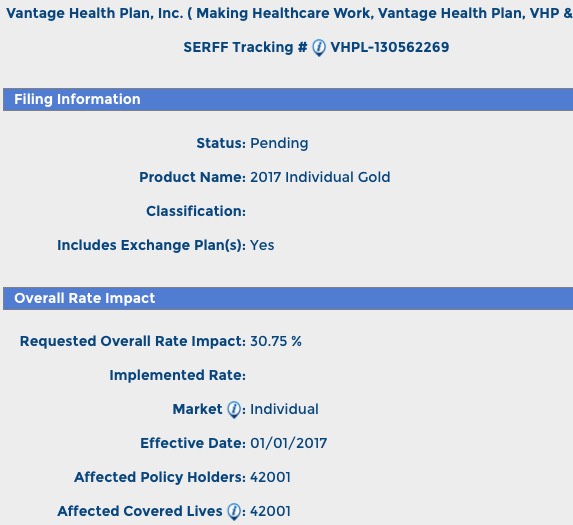 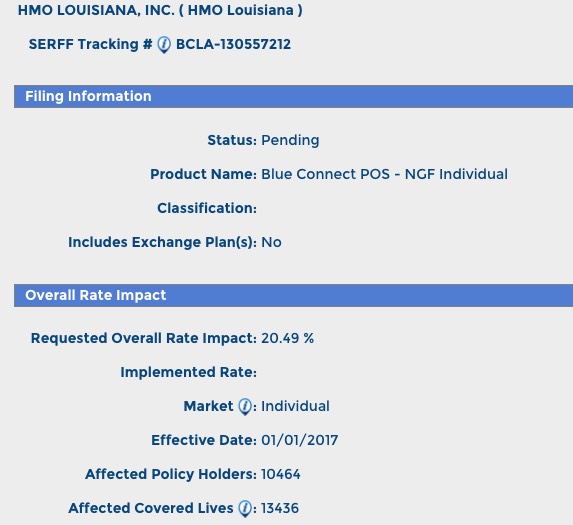 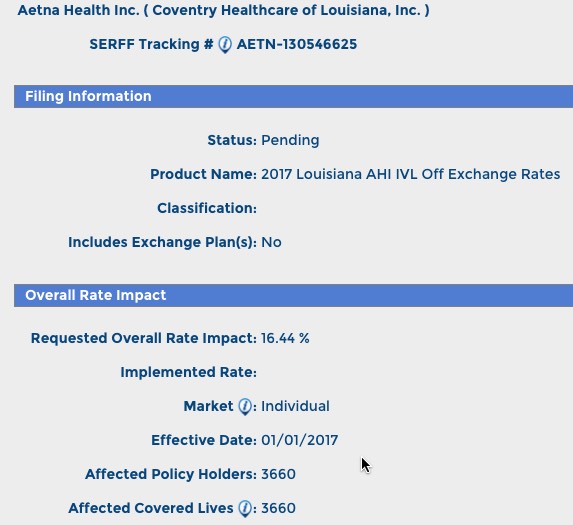 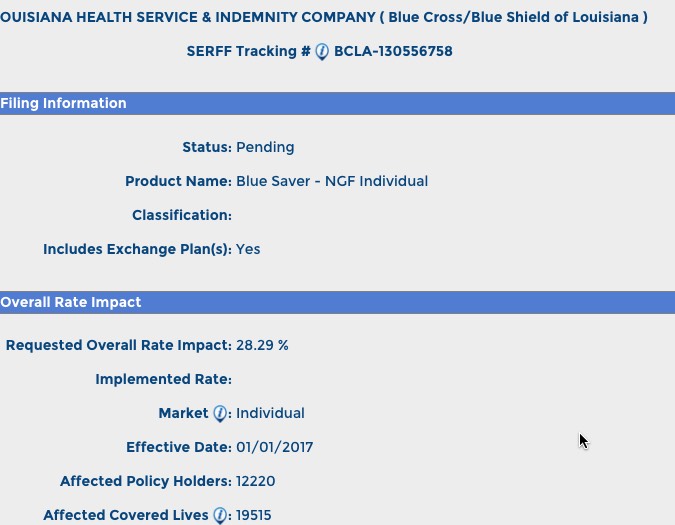