The same four major insurance companies as last year – Aetna, CareFirst BlueCross BlueShield, Kaiser Permanente and UnitedHealthcare – have proposed rates for individuals, families and small businesses for the 2017 plan year. Overall 170 plans were filed, up from 162 last year.  The small group plans increased from 136 to 152, and individual plans decreased from 26 to 18.

For individuals, CareFirst reduced the number of plans from 15 to seven with an overall rate impact of 0.0% for PPO plans, and proposed a 13.3% increase for HMO plans. Kaiser made no changes to its individual portfolio and proposed plans with increases averaging 12%.

* Please note that DISB is providing updated information for its May 11 press release due to a correction made in a rate filing May 12.

Ignoring the small group correction, I'm not sure how CareFirst could be asking for an average of 13.3% on their HMO plans when the highest requested HMO increase shown above is 12.7%, but there you have it.

In terms of market share, it looks like CareFirst has 9,212 people enrolled in HMOs, while Kaiser has 3,344 HMO enrollees. That just leaves CareFirst's PPO enrollment, which doesn't seem to have it's own rate filing listed.

However, the CareFirst HMO filing does seem to indicated 5,788 people in PPOs based on the Rate Change Summary (see below).

The only reason I'm iffy about this is because DC reported 22,693 total QHP selections as of the end of Open Enrollment. If the three numbers above are accurate, that means only 18,344 people currently enrolled in DC QHPs total, or a drop of over 19%, which seems awfully high at this point. However, the press release also indicates that 8 of the 26 total plans offered this year are being dropped, so presumably there are a few thousand people enrolled in the dropped plans who will have to shop around this fall.

Assuming I'm correct about all of this, here's what it looks like in DC: 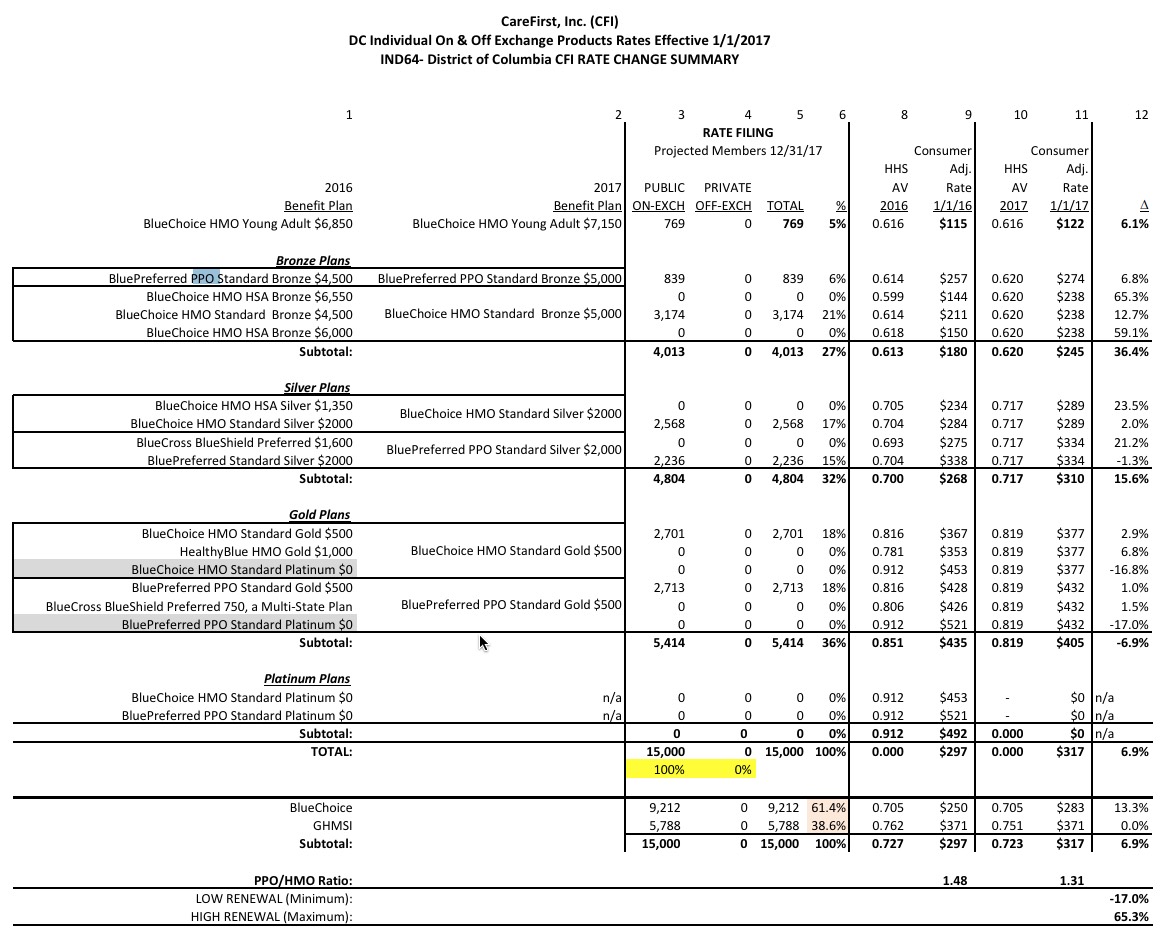