According to the latest report, as of the end (?) of March, the carriers participating in the exchange reported 170,527 people who had paid their March premiums and were therefore enrolled in effectuated exchange policies, out of 182,533 total QHP plan selections (the lower number, 158,720, is how many people the exchange has on record as having paid, but presumably that's due to a data transfer lag).

On the face of it, that looks like an impressive 93.4% payment rate (significantly higher than the 90% rule of thumb I've been using for the past two years), or a 6.6% net attrition rate.

However, as I noted last month, the "official" number that's being used as the "starting point" is the 200,691 QHP selections listed in the ASPE report. This was part of the official "12.7 million enrollment" figure touted by the HHS Dept. for the 2016 Open Enrollment Period, so for good or for bad, that's what Ihave to measure against. That brings the retention rate down to 85% even, for a 15% net attrition rate since the end of January.

Either way, this improves my estimates of the 3/31/16 national effectuation number. Prior to this, I was estimating around 11.0 million even; with the new WA numbers, the estimate bumps up to around 11.1 million as of the end of March (ie, somewhere between 11-14% net attrition nationally...which would be right in line with 2015's 13% drop):

It's also worth noting that the WA exchange has updated the enrollment data for both January and February; instead of 156,493 reported as having paid for February, that number is now up to 162,390...while the "total plans selected" number has decreased from 176,914 down to 172,915. I assume these adjustments are a combination of reporting lag time, clerical error corrections, grace periods, cleanup of redundant data entries and so on: 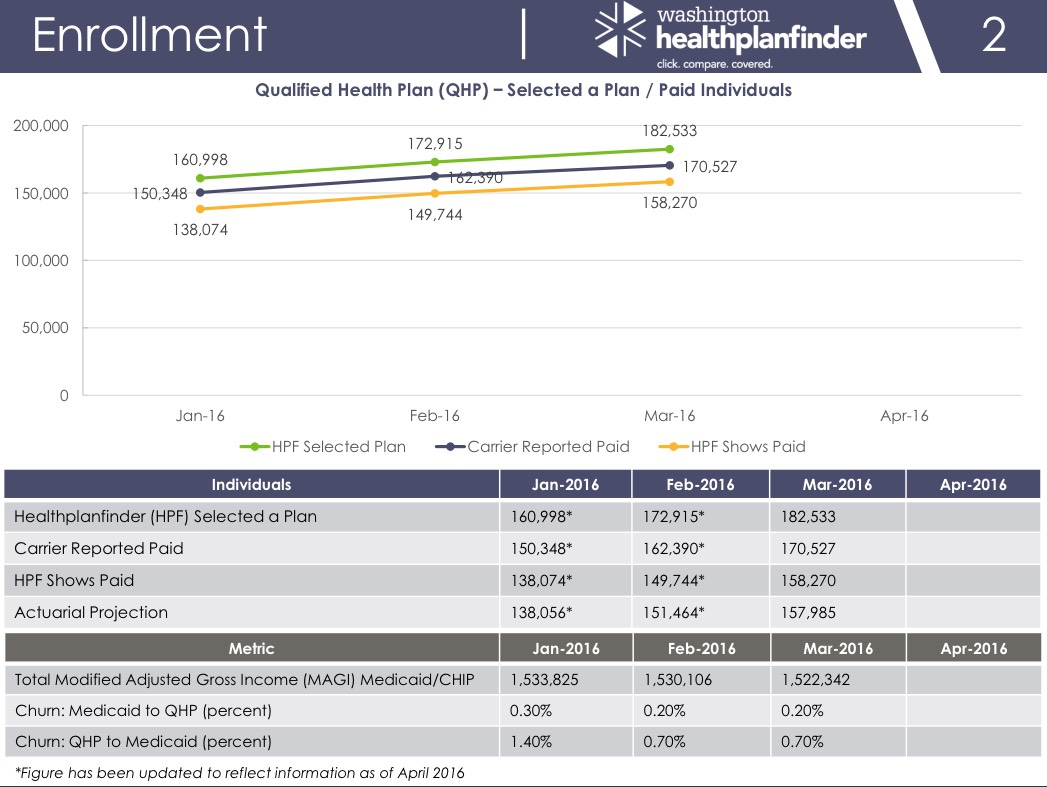 The report also breaks out enrollments by metal level and subsidized/unsubsidized as well as listing the statewide SHOP (small business) enrollment data...which remains anemic as always: 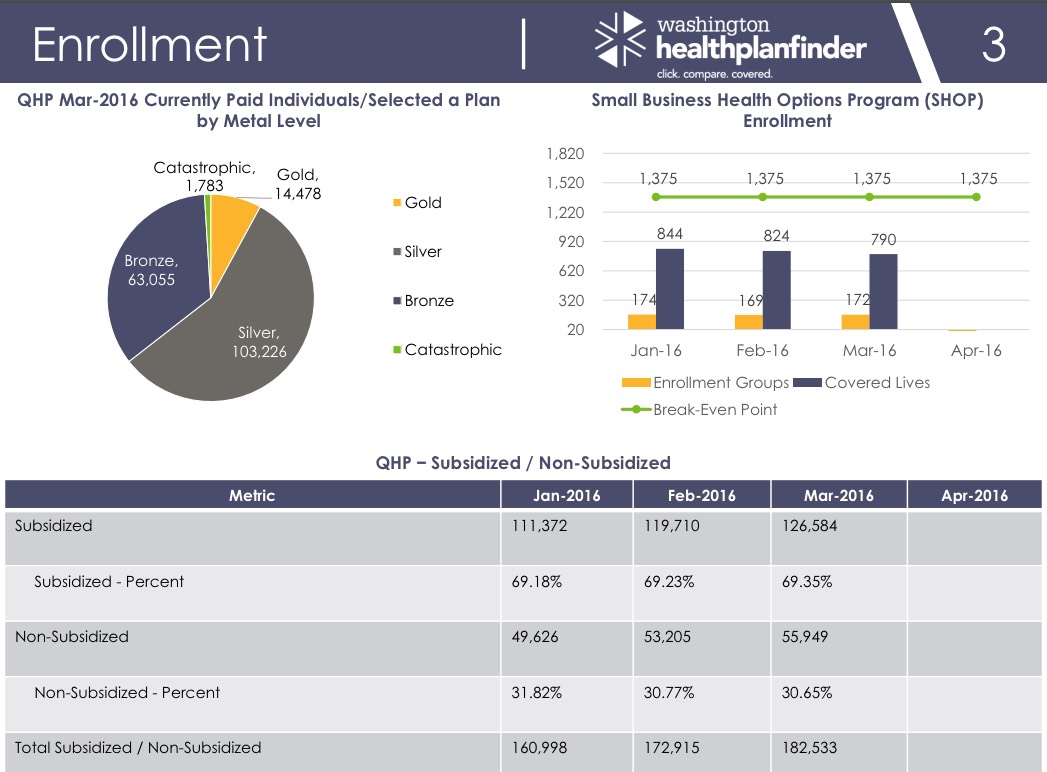