Since all of these numbers supposedly apply as of either 1/31 or "February" (which I presume means either "effectuated as of 2/01 or no later than 2/29"), it's hard to show a trendline yet; I'd need March data for that. But assuming that 156,493 effectuated figure is correct, it means that regardless of the "true" end-of-OE3 number, the March 31 effectuation report will make it look as though Washington has already seen at least a 22% drop since 1/31/16.

I plan on contacting the exchange to try and sort this out, but in the meantime, here's the actual dashboard report: 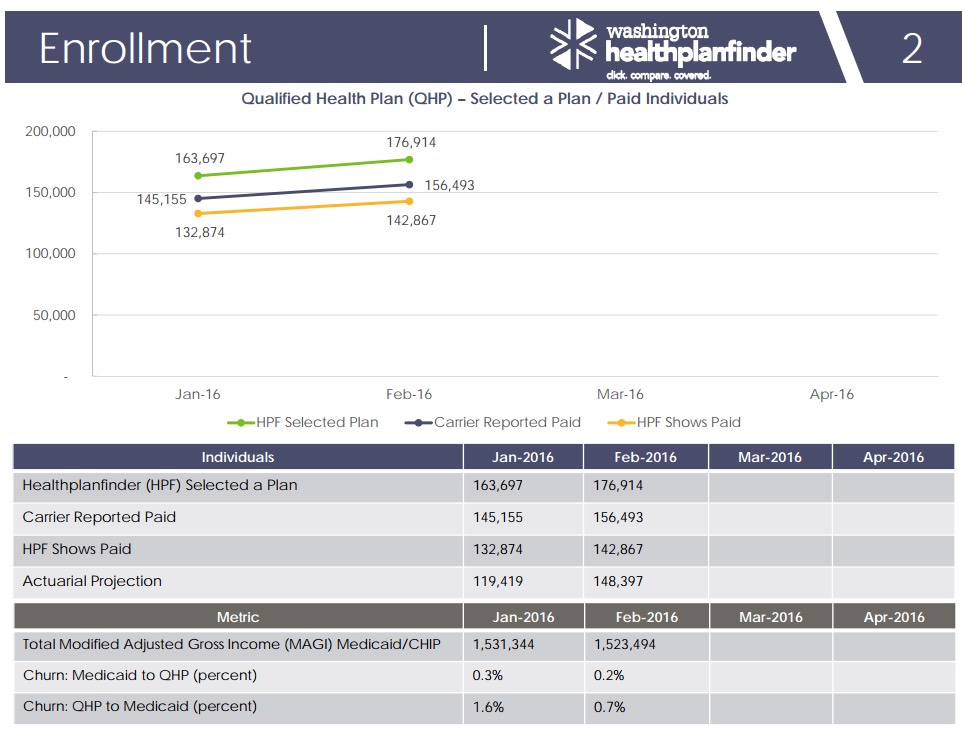