That's 300 more people who signed up for QHPs in the first 2 weeks of the off-season, plus another 6,500 added to MinnesotaCare and over 17,000 added to Medicaid (both of which are year round).

The QHP number (just 21 per day) is kind of interesting when compared to Rhode Island, which has has averaged 90 additional people per day in the first 2 weeks of February, yet has a population only 1/5th the size of Minnesota's. When adjusted for total population, Rhode Island's off-season rate is over 21x that of Minnesota.

The big difference, of course, is that Minnesota's BHP program (MinnesotaCare) cannibalizes the QHP market tremendously. When you add those 6,500 to the mix, MNsure has averaged 485 per day...or slightly higher than Rhode Island when adjusted for inflation (around 97/day when divided by 5). 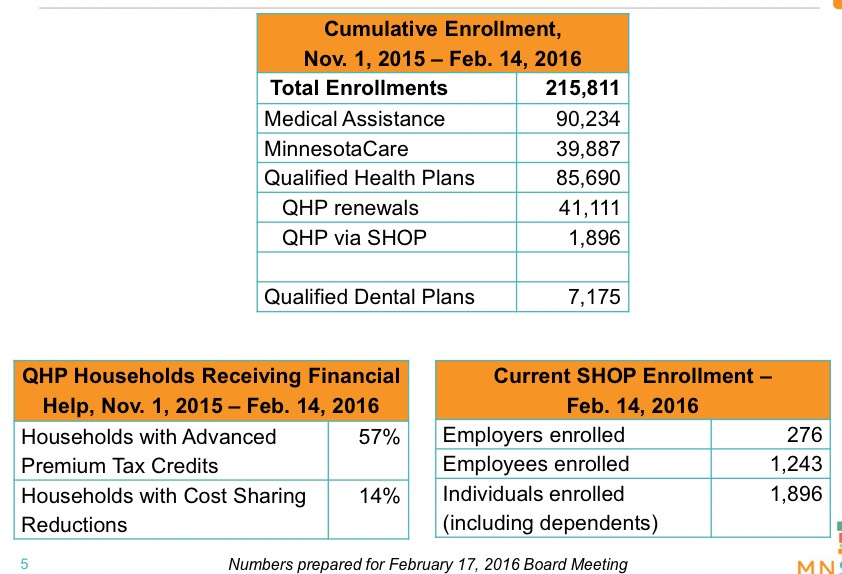 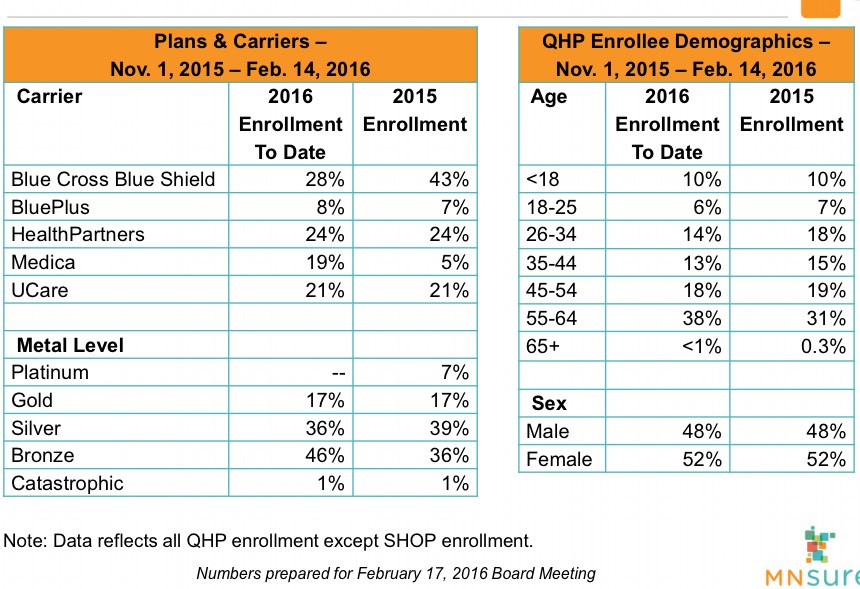 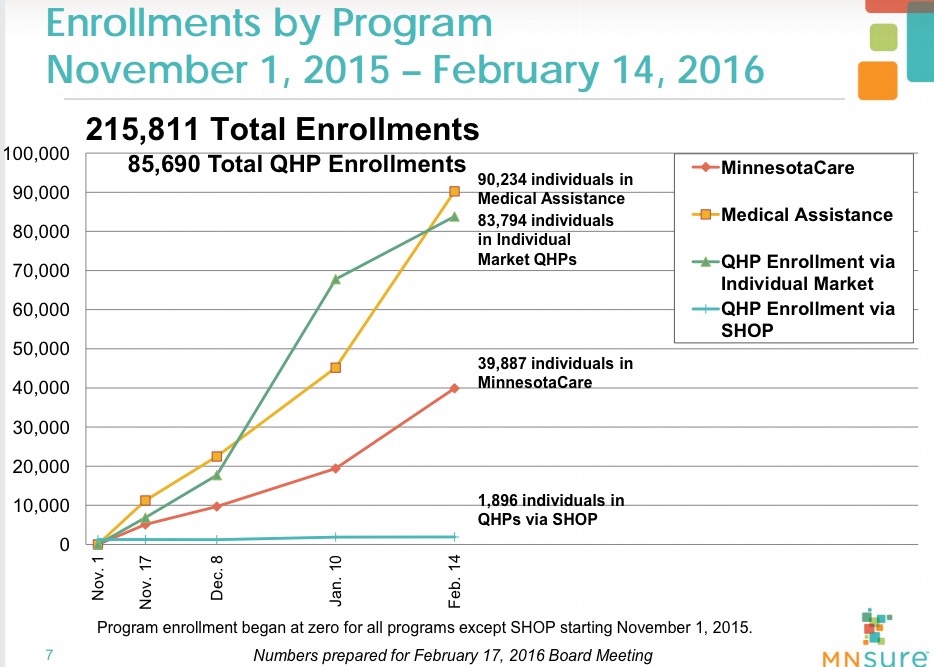 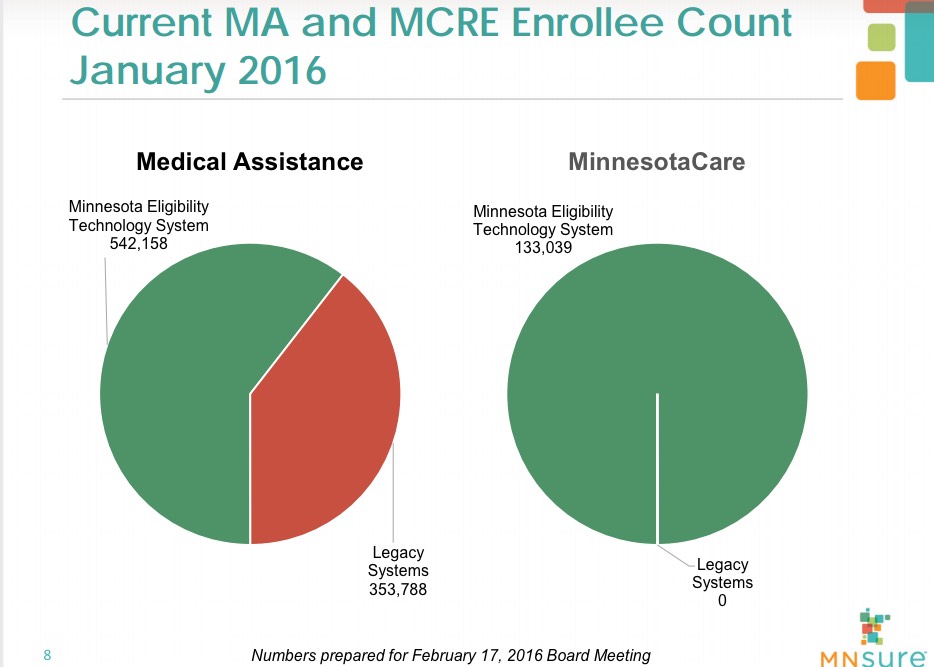 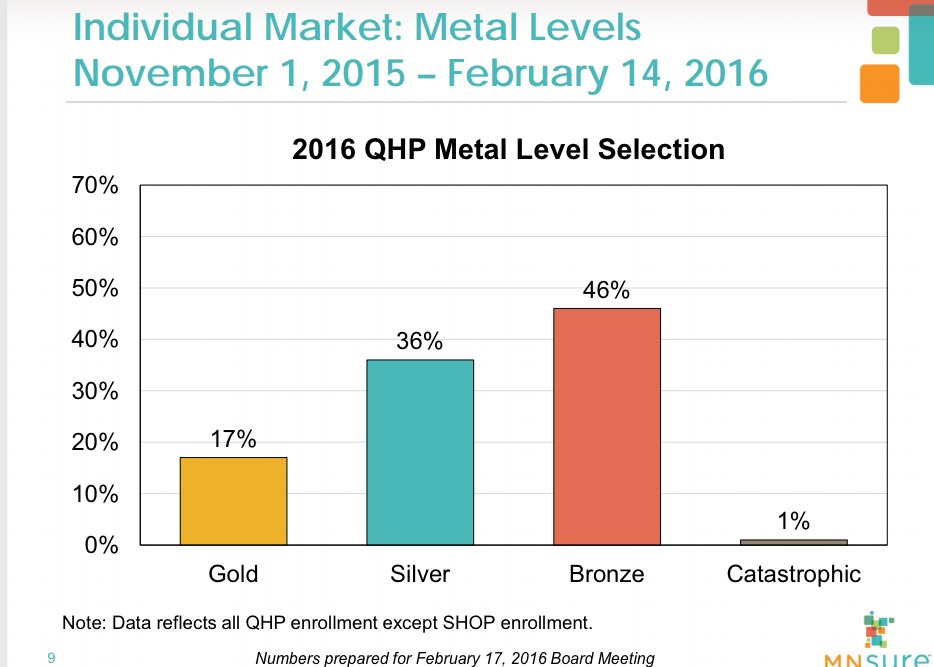 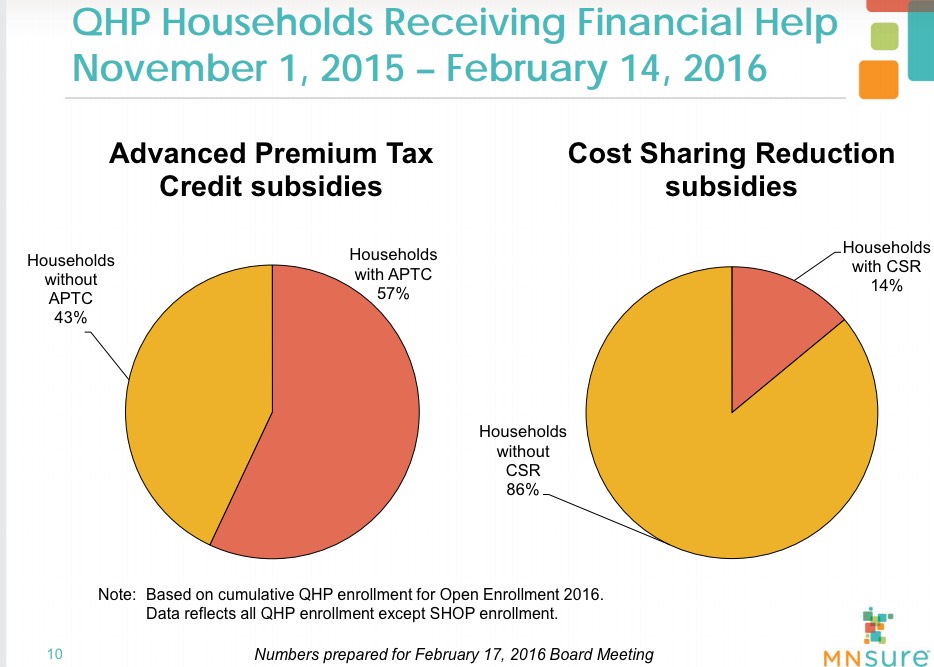