As of this morning, there were still 4 states with some 2016 Open Enrollment data missing: Idaho, Massachusetts, New York and Vermont. The Massachusetts exchange board held their monthly meeting today, so I can cross one more state off the list:

By early February, approximately 201,000 individuals were enrolled in 2016 health coverage. 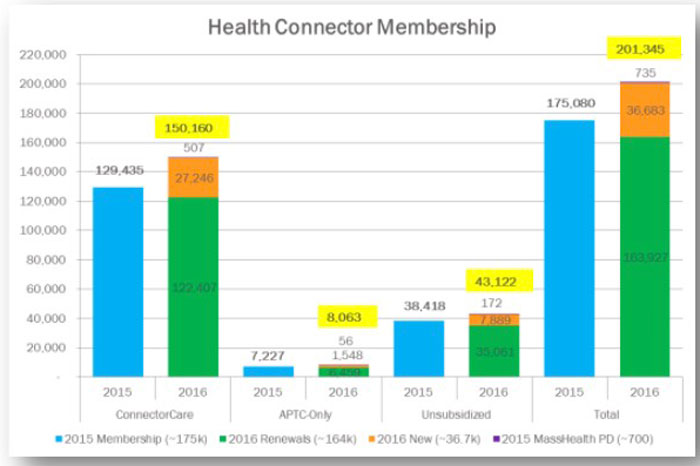 The graph is a bit low-res, but it clearly shows a grand total of 201,345 QHP enrollees as of February 8th. Massachusetts has a special program for low-income enrollees in which those who sign up for "ConnectorCare" policies receive additional financial assistance at the state level, but those are still considered "QHPs" by the HHS Dept's standards (oddly, the Basic Health Program policies in New York and Minnesota aren't counted as QHPs, even though it sounds like they amount to pretty much the same thing).

Anyway, Massachusetts' final tally is just over 201K...although that does include the first 8 days of February (post-OE3), so when the official HHS Dept. ASPE report comes out it will likely use the lower, but still impressive number of 196,554 which MA achieved as of 1/31/16. That's the number I'm using as my "official" OE3 cut-off number.

The reason MA managed to rack up another 4,800 people during the first 8 days of the off-season is mainly because ConnectorCare enrollment in Massachusetts is year-round (just as Medicaid enrollment is everywhere else).However, those extra 4,800 people's policies will kick off on March 1st anyway just as the ones signed up for from 1/16 - 1/31 will, so they still count. In addition, Massachusetts is the only state which only reports QHPs after the first premiums have been paid for, which means that they'll have at least 201,000 effectuated enrollees as of March 1st.

They also included a mountain of other nifty data-geek charts and graphs as well: 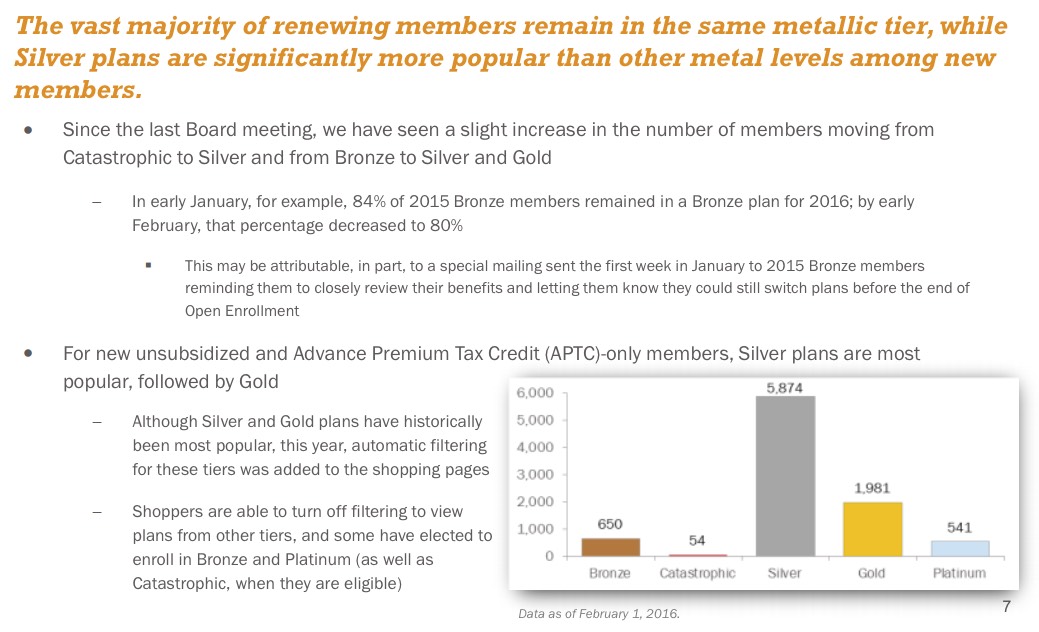 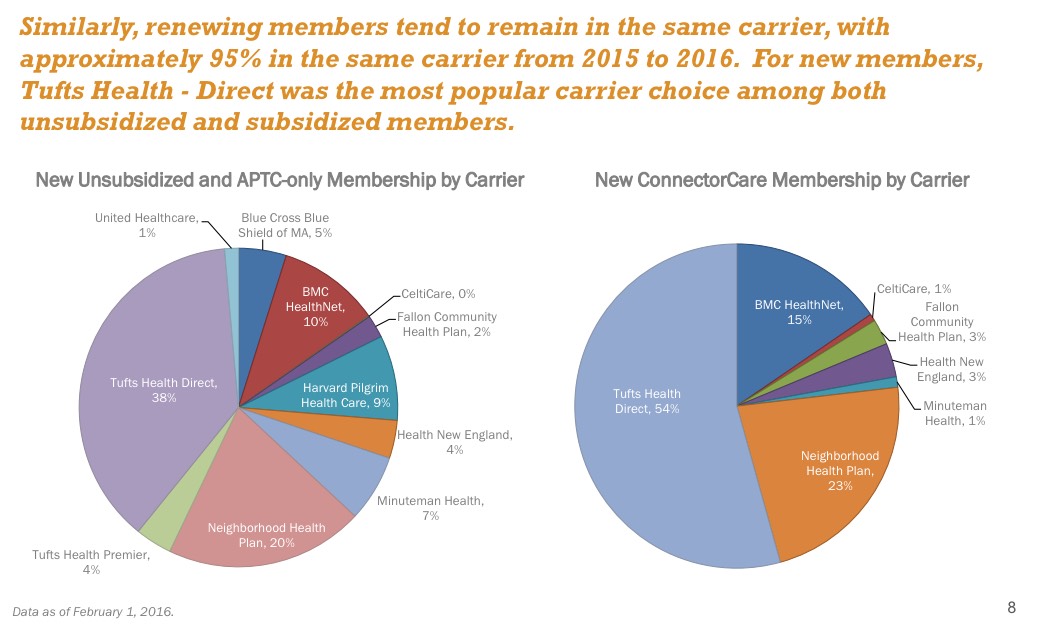 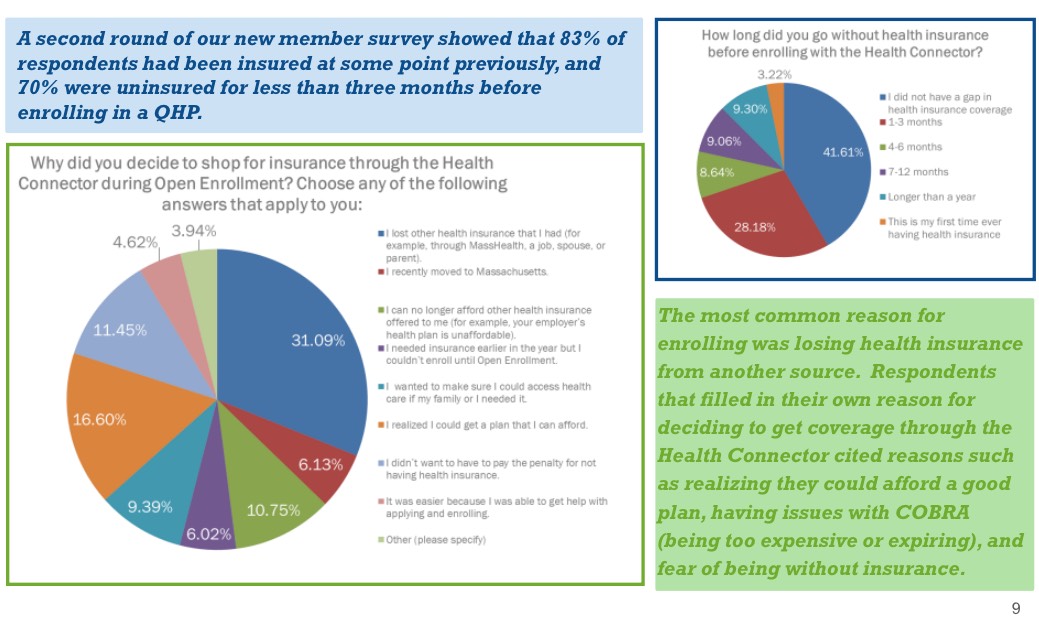 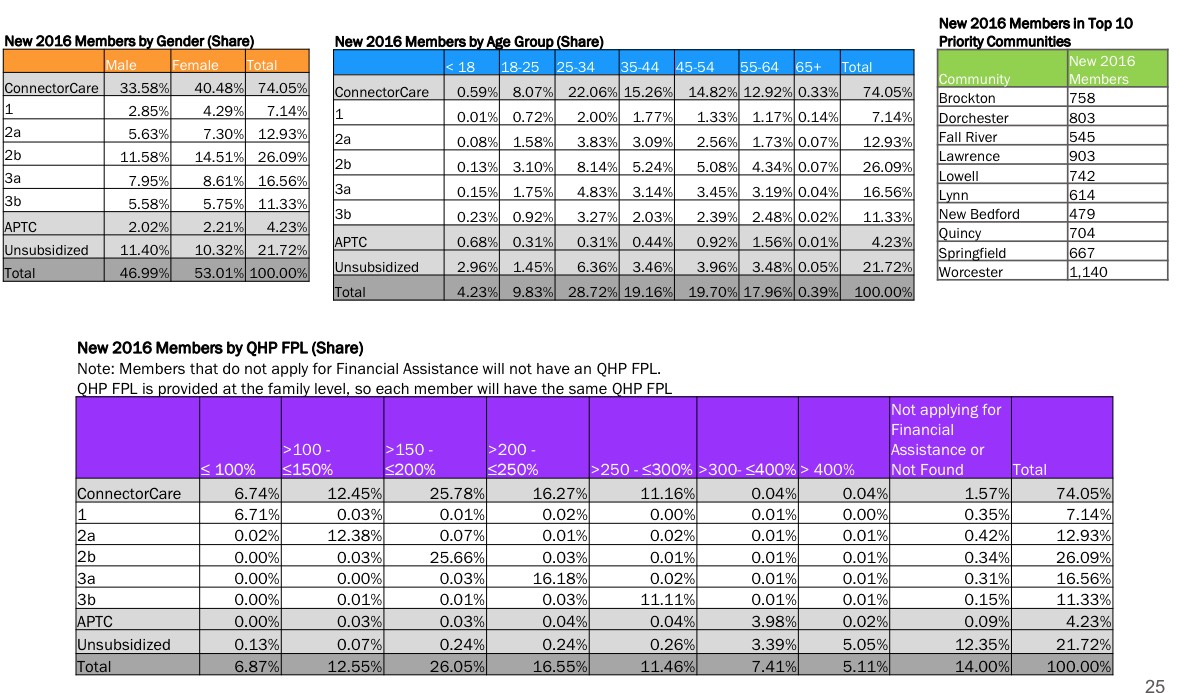 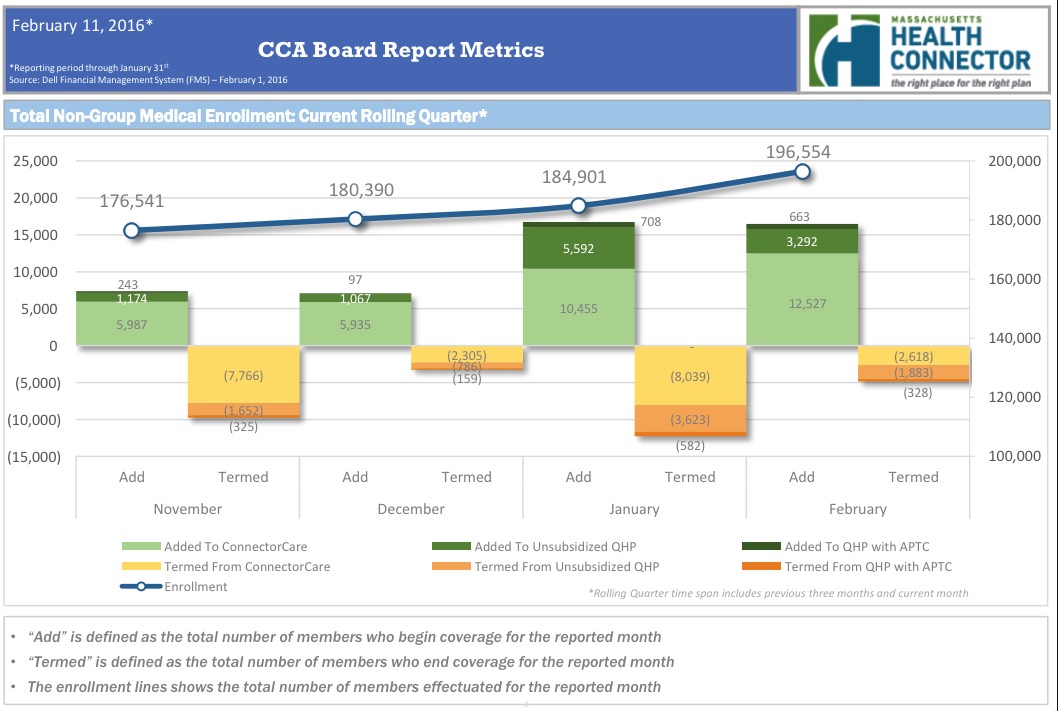 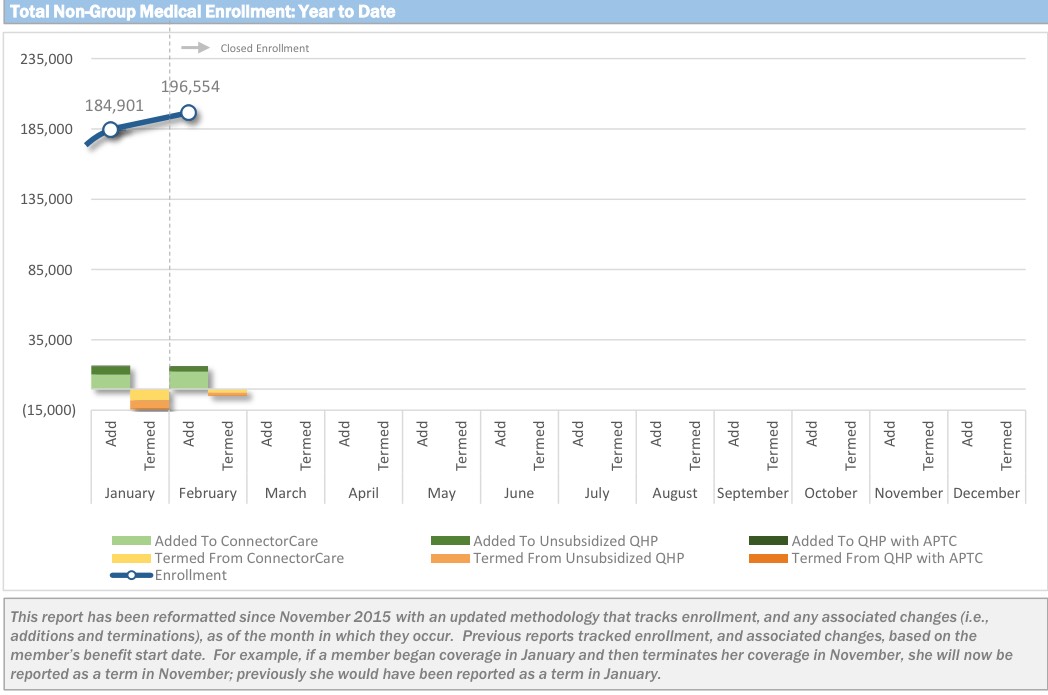 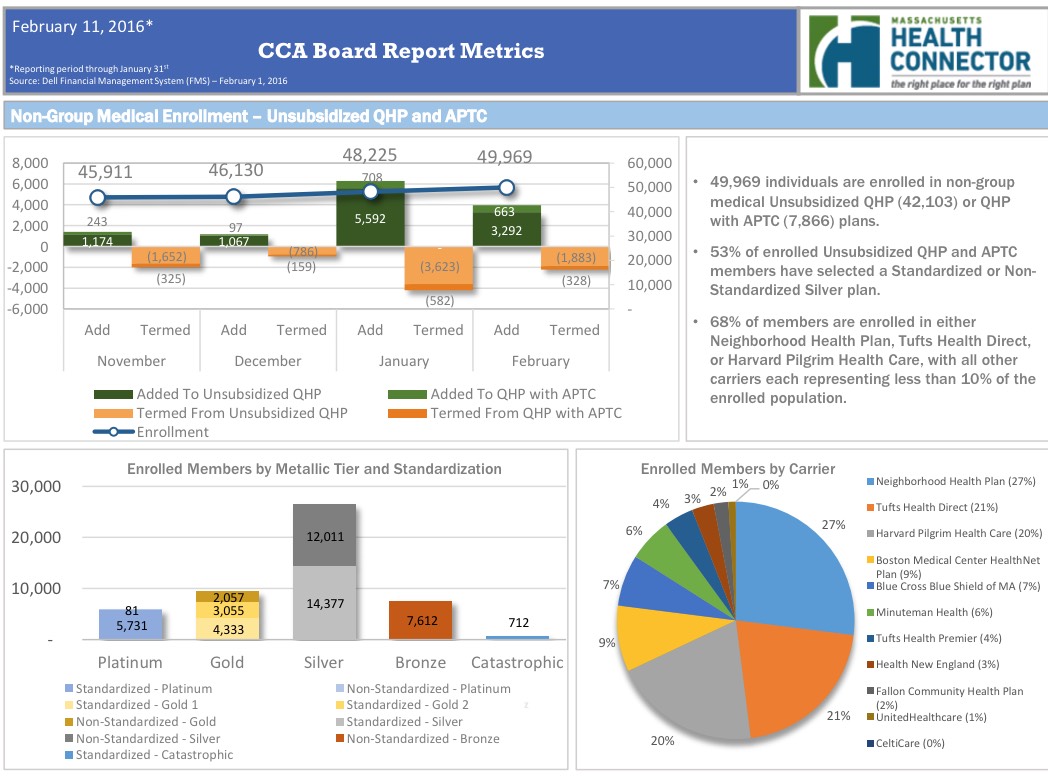 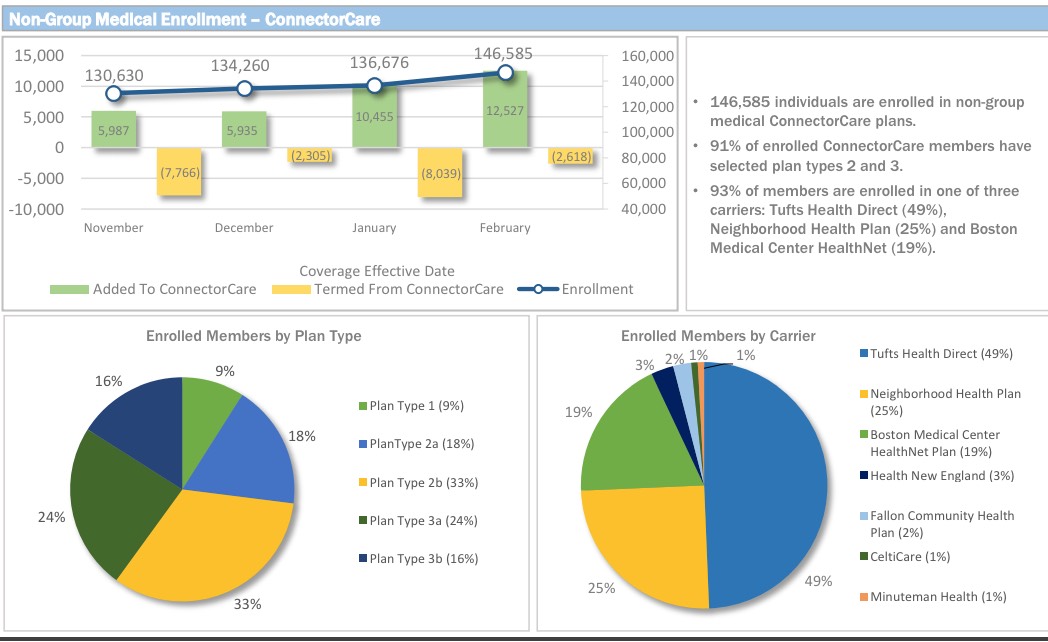 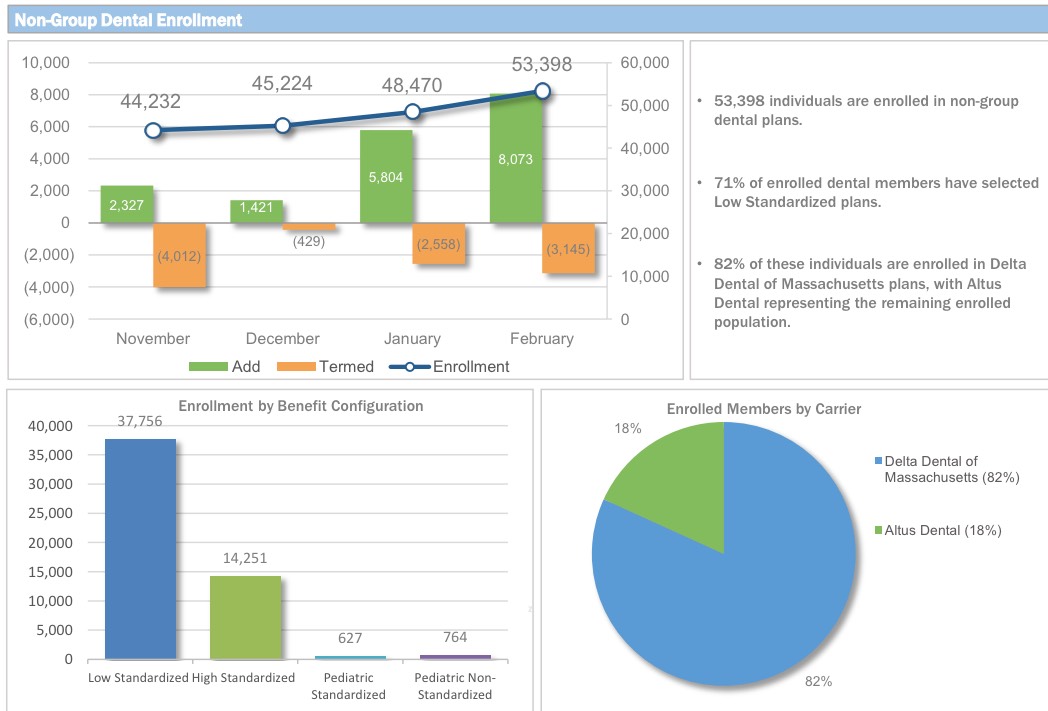 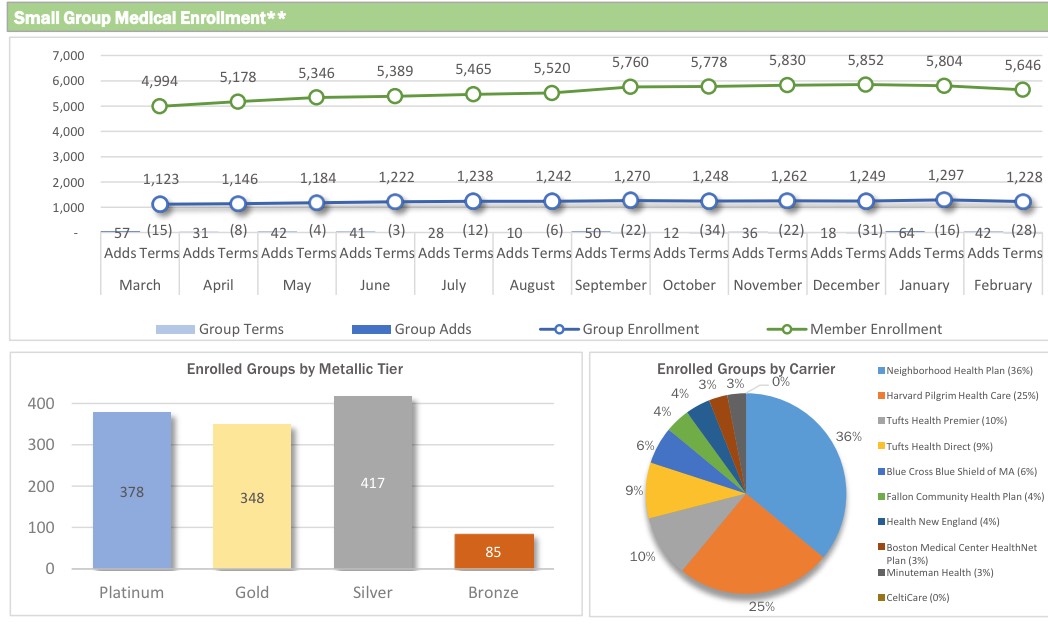 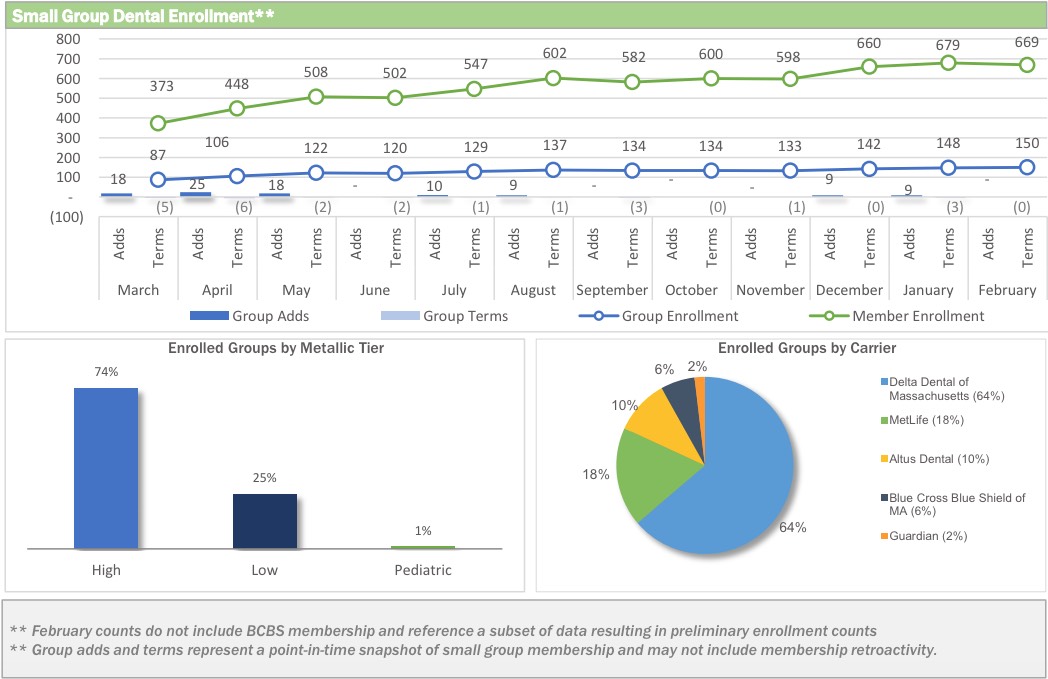