A few hours from now, CMS should be releasing the HealthCare.Gov Week 12 Snapshot report. As noted last week, the "pre-purge" factor has completely messed up my projection model this year, since the numbers for weeks 1-10 could have been lopped down by several hundred thousand people (nearly 250K of which were confirmed to have happened in Week 11 alone). While the purge numbers for the previous 10 weeks were likely much smaller, it still screws up my methodology.

As a result, my original projection for this week of around 400,000 QHP selections has an important caveat: It depends greatly on how whether that number includes the purged/cancelled enrollments or not:

Here's what it really comes down to: Whatever the Week 12 HC.gov number is, add roughly 1/3 to get the likely national total (ie, including the 13 state exchanges). Then I'm assuming around 3x that for the final week surge (ie, this weekend). So, for instance:

Of course, that 3x factor could be off as well. Last year, HC.gov had 276K QHPs in Week 12 for a cumulative total of 7.75 million...but the final HC.gov total was 8.84 million. About 1.09 million people signed up in the final week + overtime period, or nearly 4x as many people. This year, I suspect the "overtime" period is unlikely to happen, so I've dropped the surge factor to 3x...but we'll have to see.

Anyway, we should find out the Week 12 number in a few hours...

In the meantime, here's what the Graph looks like as of now: 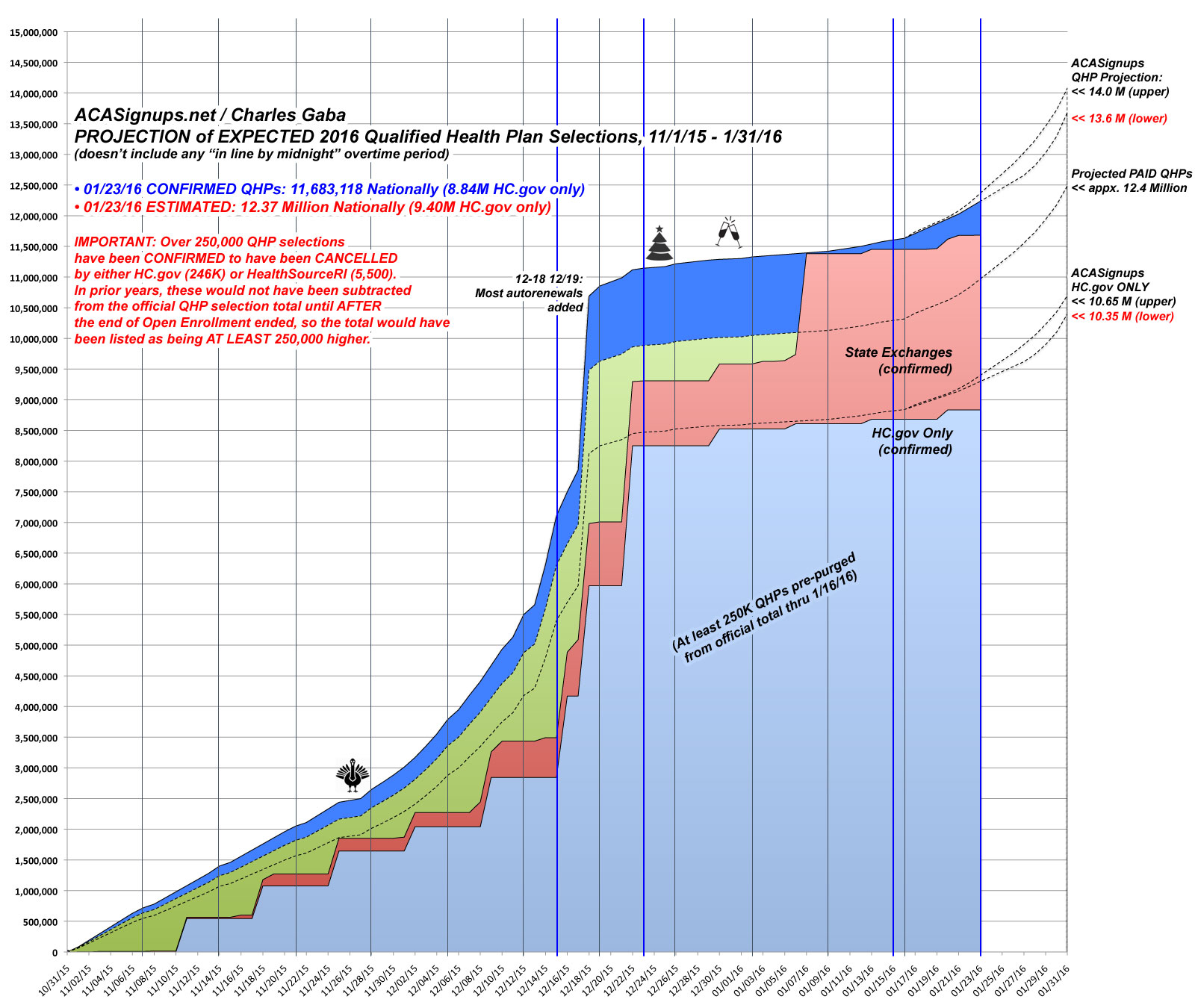