UPDATED: STATE BY STATE: 31 states running ahead of projections, 20 running behind

UPDATE 1/21/16: Updated to include new data from Colorado, Maryland, Connecticut and California.

Note that whle the enrollment numbers for most states below are current through January 16th, most of the state-based exchanges are either slightly more current or up to three weeks behind.

The Good News: There are 31 states running ahead of where I expected them to be by this point (ie, over 82% of my projection).

The states which continue to overperform the most are Massachusetts (54K ahead); Utah (33K ahead), Maryland (33K ahead); Tennessee (37K ahead); Oklahoma & Oregon (20K ahead each); and North Carolina (63K ahead).

The Bad News: The other 20 states are running behind where I expected them to be at this point (ie, under 82%).

While there are more states running ahead as behind at the moment, it's important to note that the "behind" column includes major states like Ohio (20K behind); Georgia, New Jersey & Indiana (30K behind each); Pennsylvania & Illinois (50K behind each); Florida (75K behind) and the big one: Texas, which is 235K behind where I was figuring it would be by now.

New York also may be running about 75K behind, but for a very specific reason: Their brand-new Basic Health Plan is "cannibalizing" more of the QHP enrollees than I had expected (which I should have). Kentucky is also behind (20K), but like New York, KY's data is over 2 weeks out of date anyway, so there's no way of knowing how much of this these states have picked up since then.

IMPORTANT ADDITION: Note that in addition to the 5,500 QHP selections which Rhode Island has "pre-purged" from their earlier numbers, this week HealthCare.Gov officially noted that they, too, have pre-purged over 246,000 QHP selections from the Week 11 Snapshot Report, along with an unknown number of earlier cancelled/purged enrollees (I'm guessing perhaps another 100K or so).

This means that if OE3 enrollments were being reported the same way that they were the past 2 years--which is what I assumed when I projected 14.7 million QHP selections total--the confirmed total as of today would actually be around 12.0 million instead of 11.6 million. 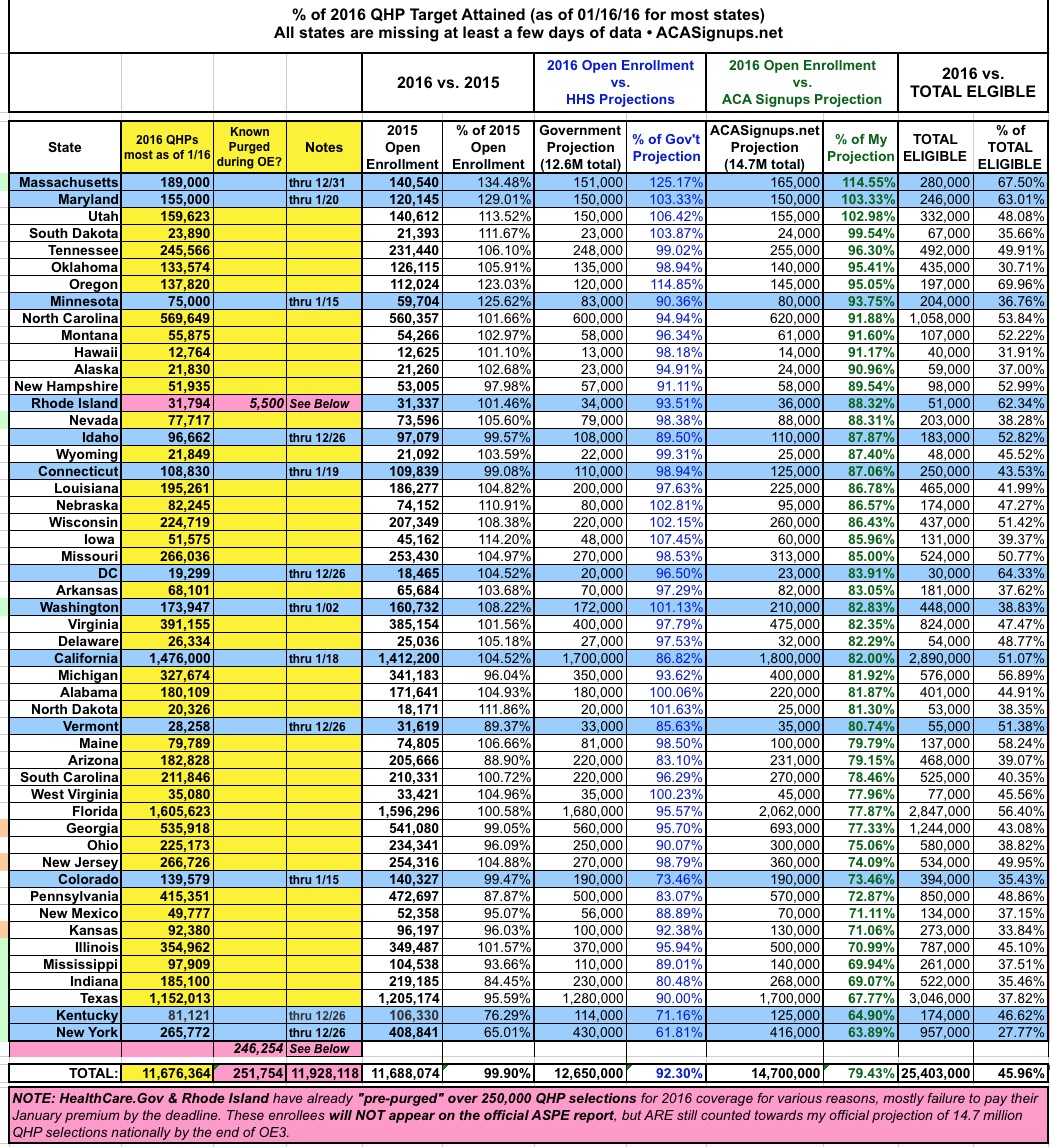 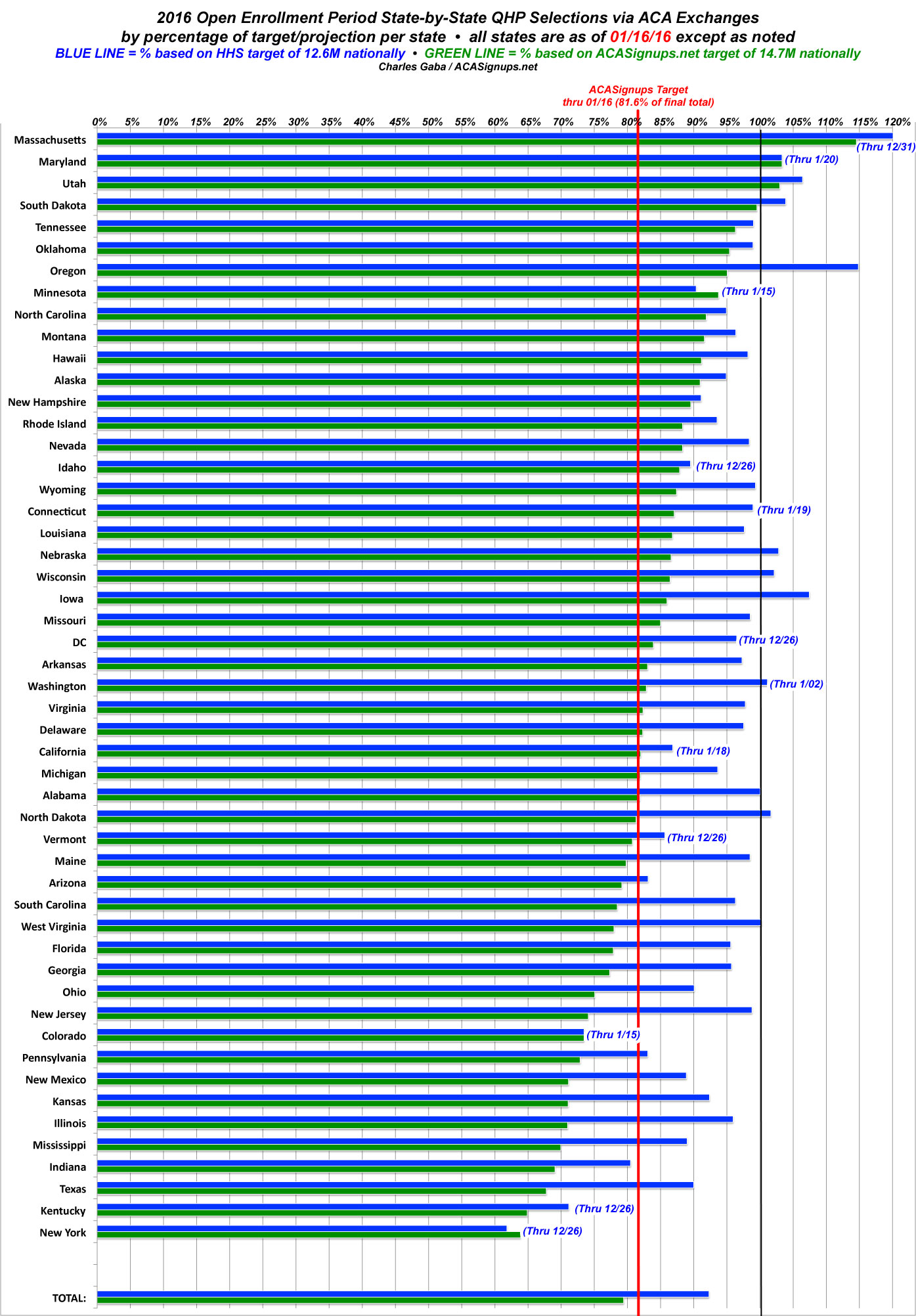