OK, all caught up? The national total was around 11.50 million QHP selections as of January 9th. Since I won't know how big of a difference the "Live Purge!" factor is making until well after the end of March (when the Q1 effectuation report comes out), I still have to work within the confines of how CMS has been reporting enrollments this season.

To take a grimmer view, Jed Graham has noted that it's not just the QHP selections which fell off a cliff the last 3 weeks (two of which can be pinned on Christmas and New Year's, but the third week has no such excuse); it's the applications which have dropped substantially as well:

In the final 3 weeks last year, there were 1.55 million QHP selections via HC.gov. A 38% drop-off this year would mean a total of just 960K, which would likely mean just 1.3 million nationally, with the final HC.gov Snapshots likely coming in at a mere 160K / 160K / 640K. That would bring the grand total up to a mere 12.9 million, well short of my original projections...although almost exactly in line with what the 12.6 million QHP selections which the HHS Dept. originally projected.

Now, going back to the "Live Purge!" factor, here's the fun part: Let's assume that the final number does indeed come in at just 12.9 million. Let's also say that, sure enough, a good 90% of the unpaid/voluntary cancellations have already been accounted for during open enrollment this year, as opposed to the all-at-once 13% net effectuation drop which occured last year between 2/22 and 3/31.

However, that's still all speculation. Meanwhile, here's what The Graph looks like right now: 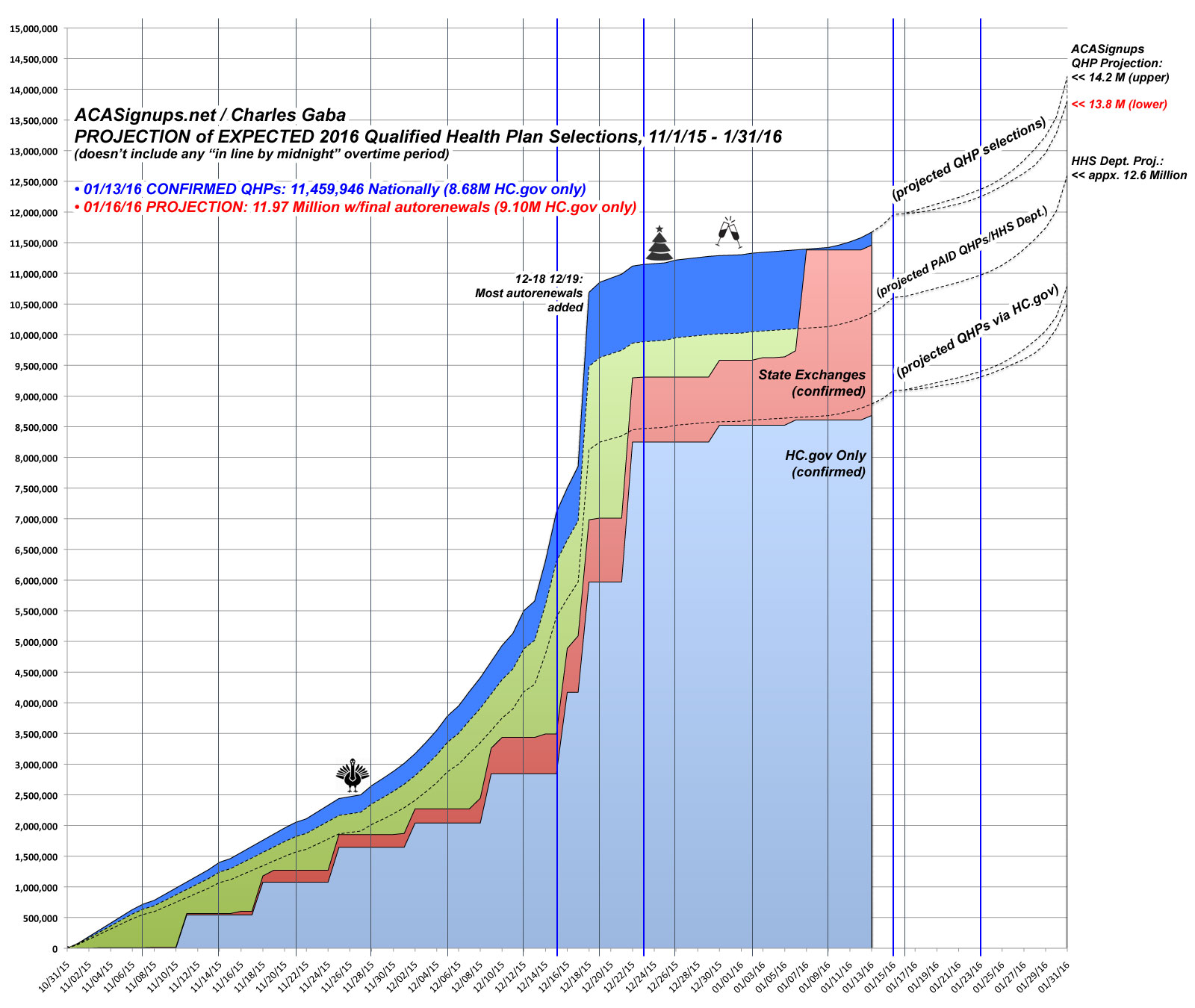