STATE BY STATE: 30 states running ahead of projections, 12 running behind

There are 30 states running at least 2 points ahead of where I expected them to be as of January 2nd (ie, 79% of my projections or more):

Unfortunately, there are also, 12 states are running at least 2 points behind where I expected them to be at this point (ie, 75% or lower):

While there are 2.5x as many states running ahead as behind at the moment, it's important to note that the "behind" column includes major states like Illinois and especially Texas, which is about 200K lower than I was figuring.

In terms of what behind the "lagging" numbers in these 12 states, the biggest missing factor I can think of for Pennsylvania and Indiana is that ACA Medicaid expansion was launched in both states last year. Since a portion of the Medicaid expansion population falls within the 100% - 138% FPL income zone, and since Pennsylvania has enrolled 500K in the program while Indiana has added over 290K to date, this could easily account for a substantial number of "missing" QHP enrollees. I took many factors into account when coming up with my state-level projections, but I completely forgot about this one. On the other hand, Montana also expanded Medicaid recently and is still kicking butt on the exchanges as well this year, so who knows?

Really, the single biggest disappointment continues to be Texas, of course. Aside from a general hostility towards the ACA in general in the Lonestar state, the biggest factor I can think of there is probably BCBSTX dropping their PPOs this year, which forced 367,000 people to get a different policy.

Finally, there are 4 states which are running pretty much dead on target (within +/- 2%) of where I expected them to be at this point:

Overall, I've confirmed 9.74 million QHP selections nationally, but am pretty sure there's an additional 1.6 million already out there, likely as follows: 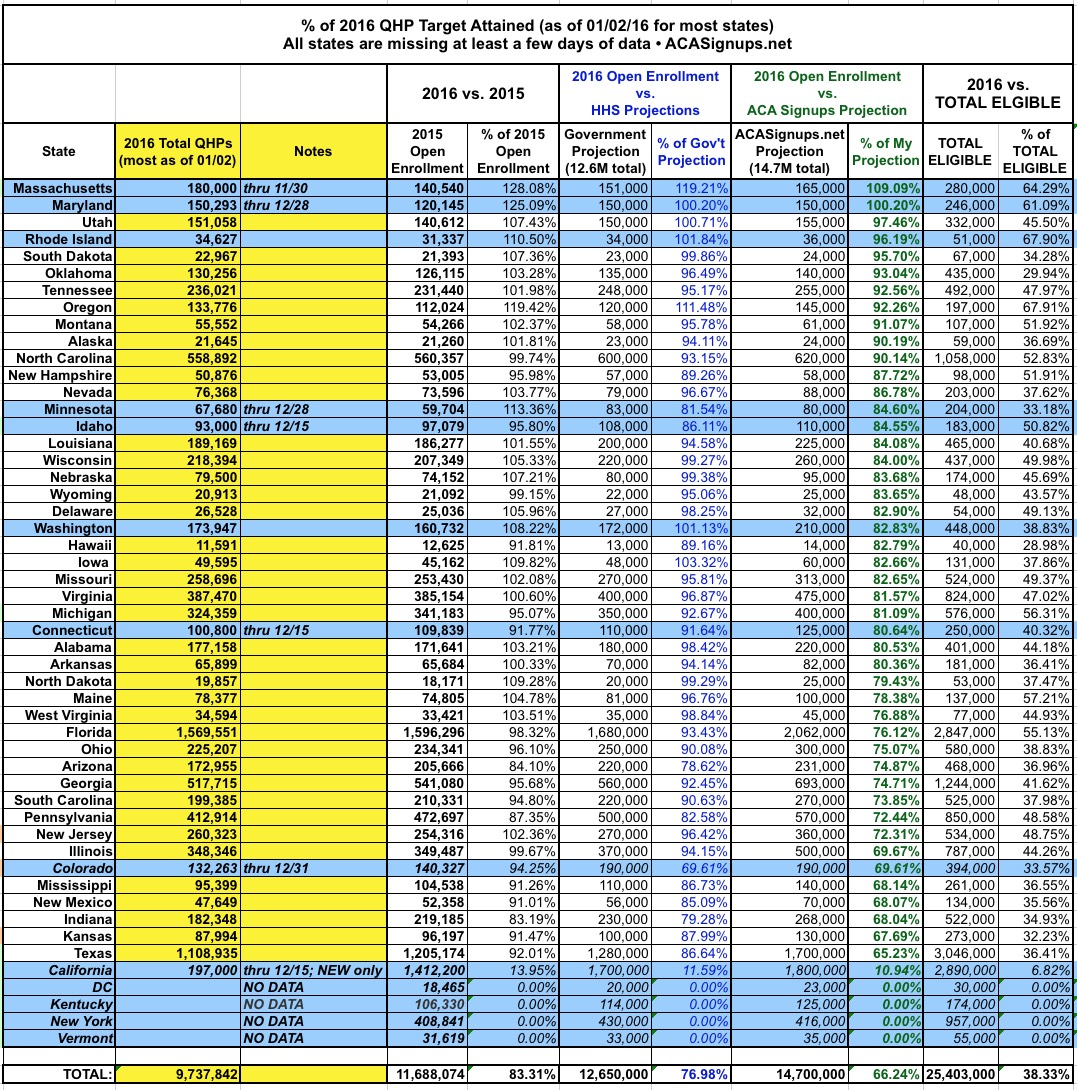 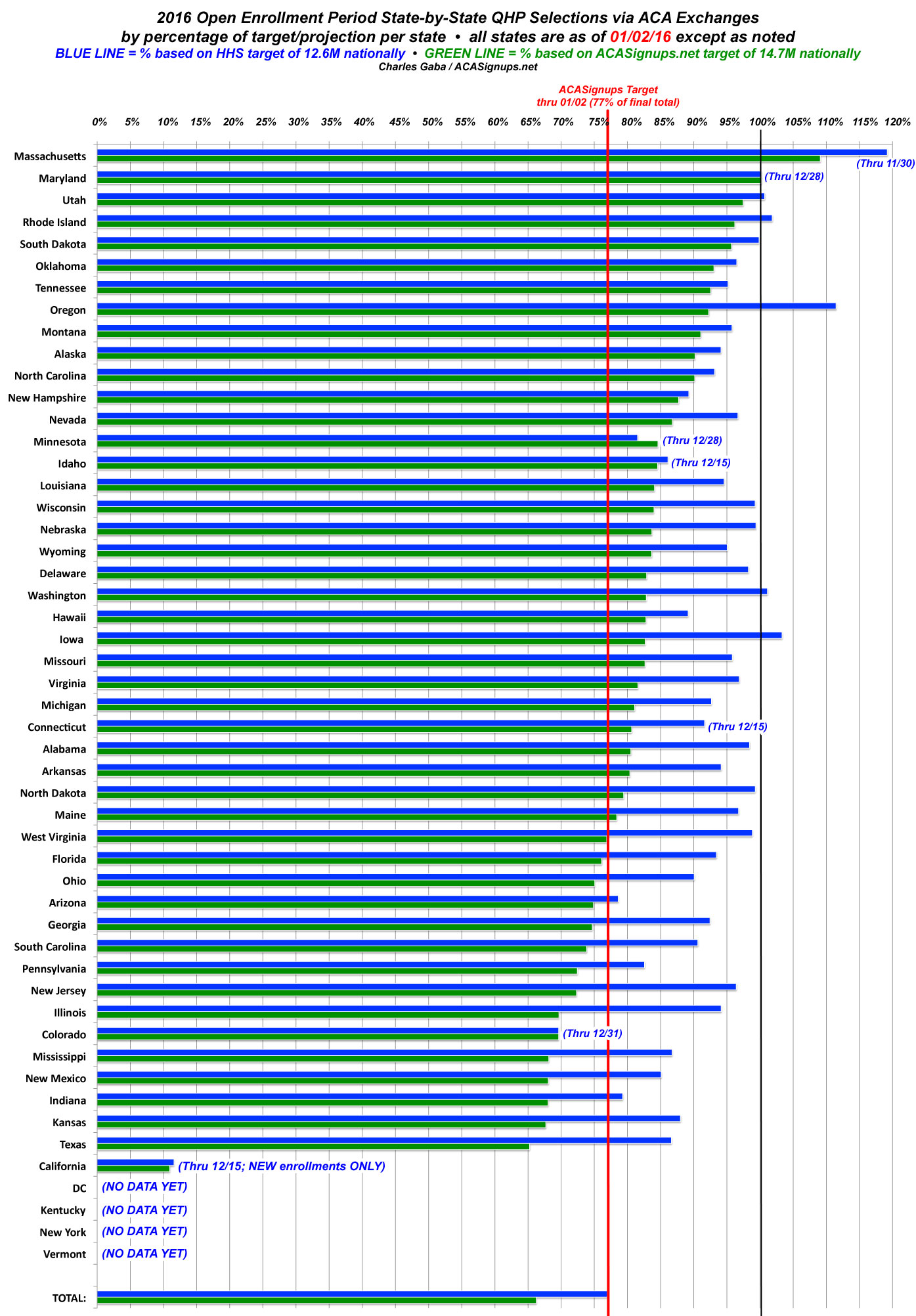