STATE BY STATE: 23 states running ahead of projections, 11 running behind

There are 23 states running at least 5 points ahead of where I expected them to be as of December 19th (ie, 79% of my projections or more):

Unfortunately, there are also, 11 states are running at least 5 points behind where I expected them to be at this point (ie, 69% or lower):

While there are twice as many states running ahead as behind at the moment, it's important to note that the "behind" column includes major states like Pennsylvania, Illinois and especially Texas, which is about 200K lower than I was figuring.

Again, California, DC, Kentucky, New York and Vermont can't really be counted because there's either no data available at all yet (or only very partial data in the case of CA).

Finally, there are 12 states which are running within +/- 5% of where I expected them to be at this point:

Overall, I've confirmed 9.3 million QHP selections nationally, but am pretty sure there's an additional 1.6 million already out there, likely as follows: 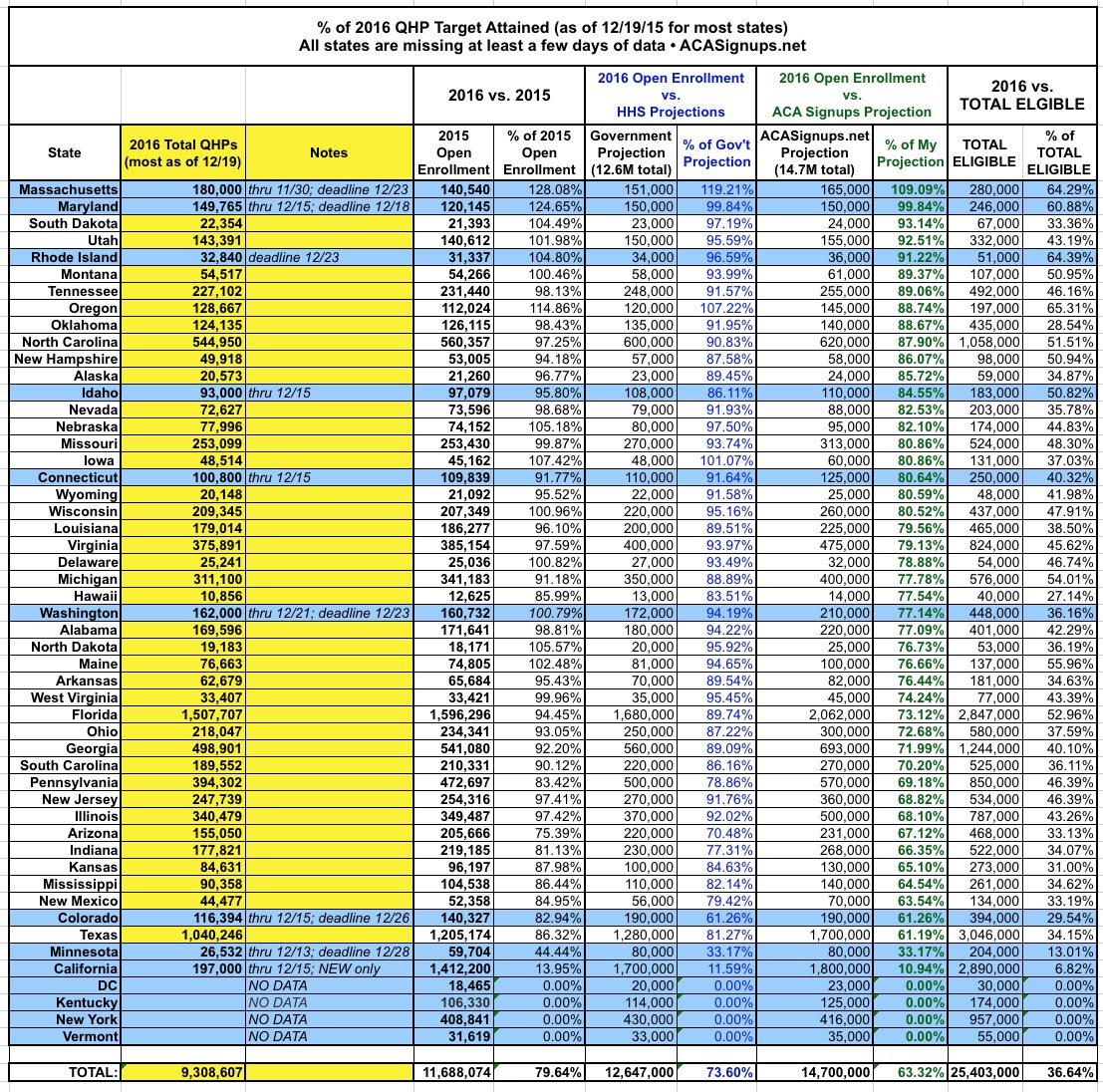 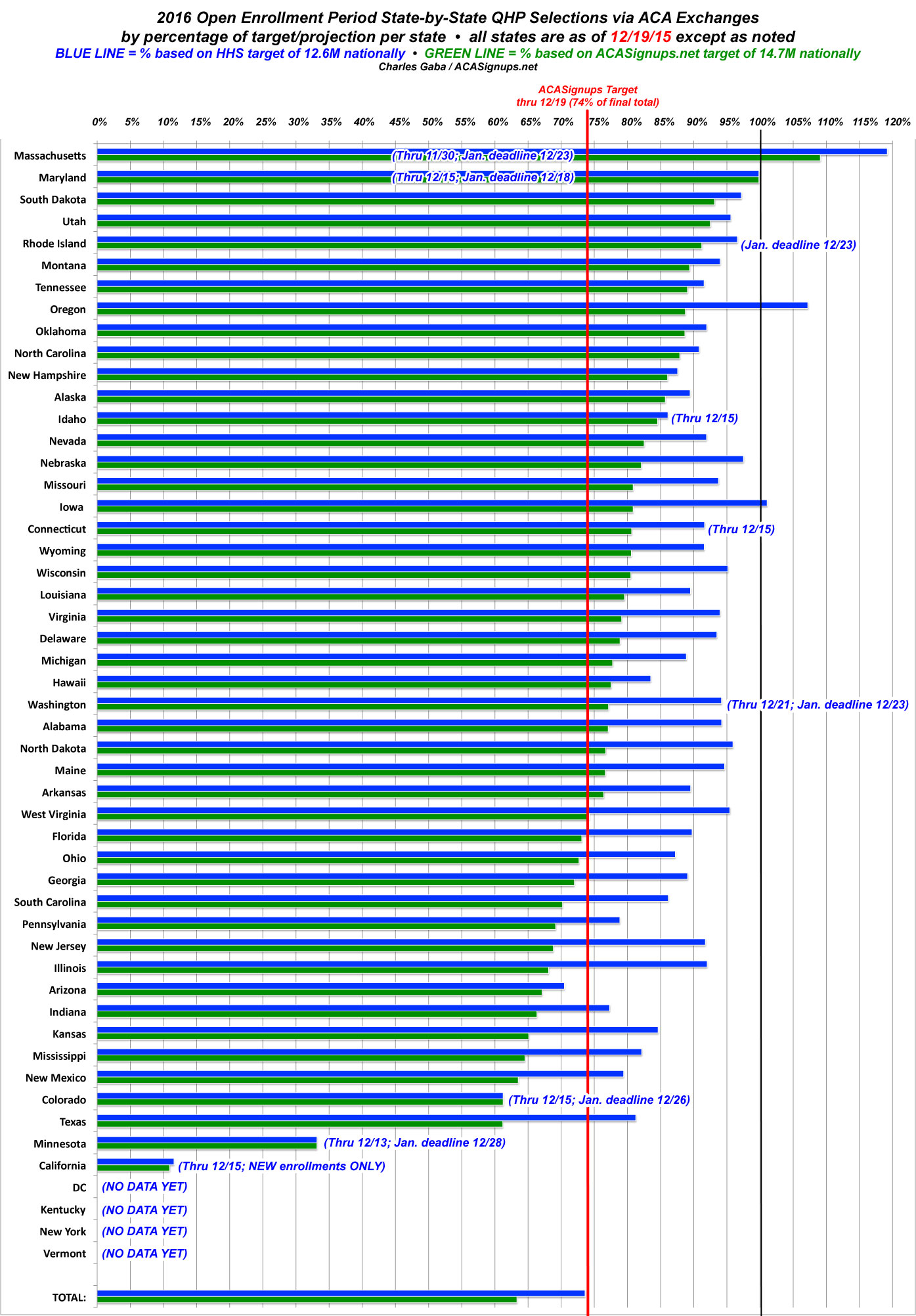