As expected, the December Surge ramped up in Week Six, although I overestimated the curve somewhat:

Given the crazy developments of the past day or so, combined with the auto-renewal factor, things are kind of fuzzy this week. I'm gonna hold tight and assume roughly 4.3 million QHPs including auto-renewals will be added to the mix by Saturday, bringing HC.gov up to a total of 8.5 million by Saturday, December 19th.

However, there's a major caveat here: I have no idea how many auto-renewals will be added, so I could easily be off by as much as a half a million or so this week.

REMEMBER, as always, that this only includes the 38 states included on the federal exchange; when you throw in the other 13 running their own exchanges, the grand total (assuming I'm in the ballpark) should be roughly 11.3 million QHPs nationally by the end of the week.

Nationally, my rough guess for this week is something close to the following:

Here's what I expect The Graph to look like through then: 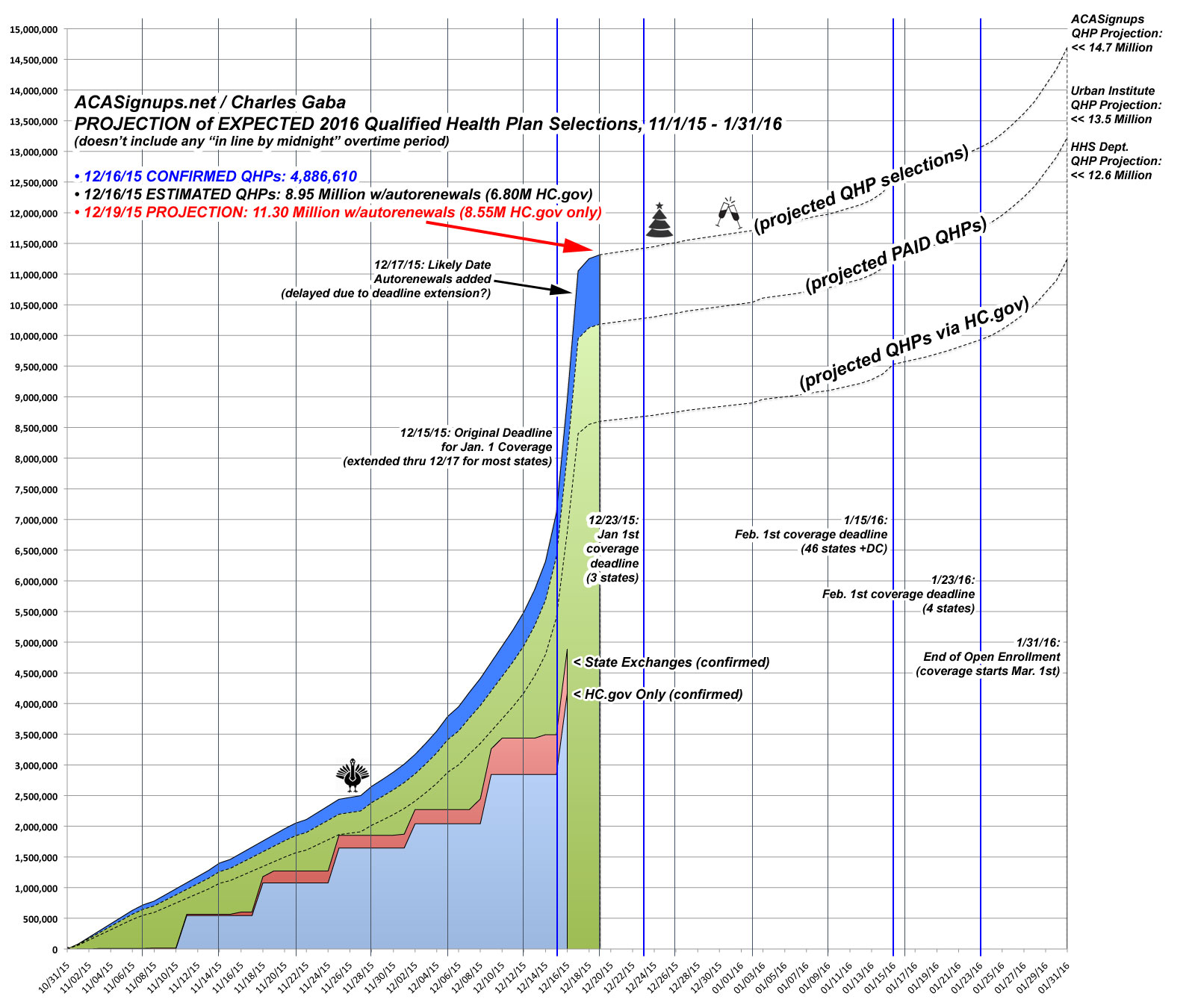