STATE BY STATE: 9 states running ahead of projections; 10 running behind

As you can see, 6 weeks in, 20 states are running within 5 points (high or low) of my projections.​

Not including the special cases, there are 9 states running at least 5 points ahead of where I expected them to be as of December 12th:

Meanwhile, 10 states are running at least 5 points behind where I expected them to be:

As noted above, 4 states (Connecticut, Massachusetts, Rhode Island and Washington State) can't really be compared properly until after their respective January enrollment deadlines pass and autorenewals are "locked in", while the remaining 8 states (California, Colorado, DC, Idaho, Kentucky, Maryland, New York and Vermont) are either missing data entirely or have data which is too outdated to compare agianst the 12/12 standard. 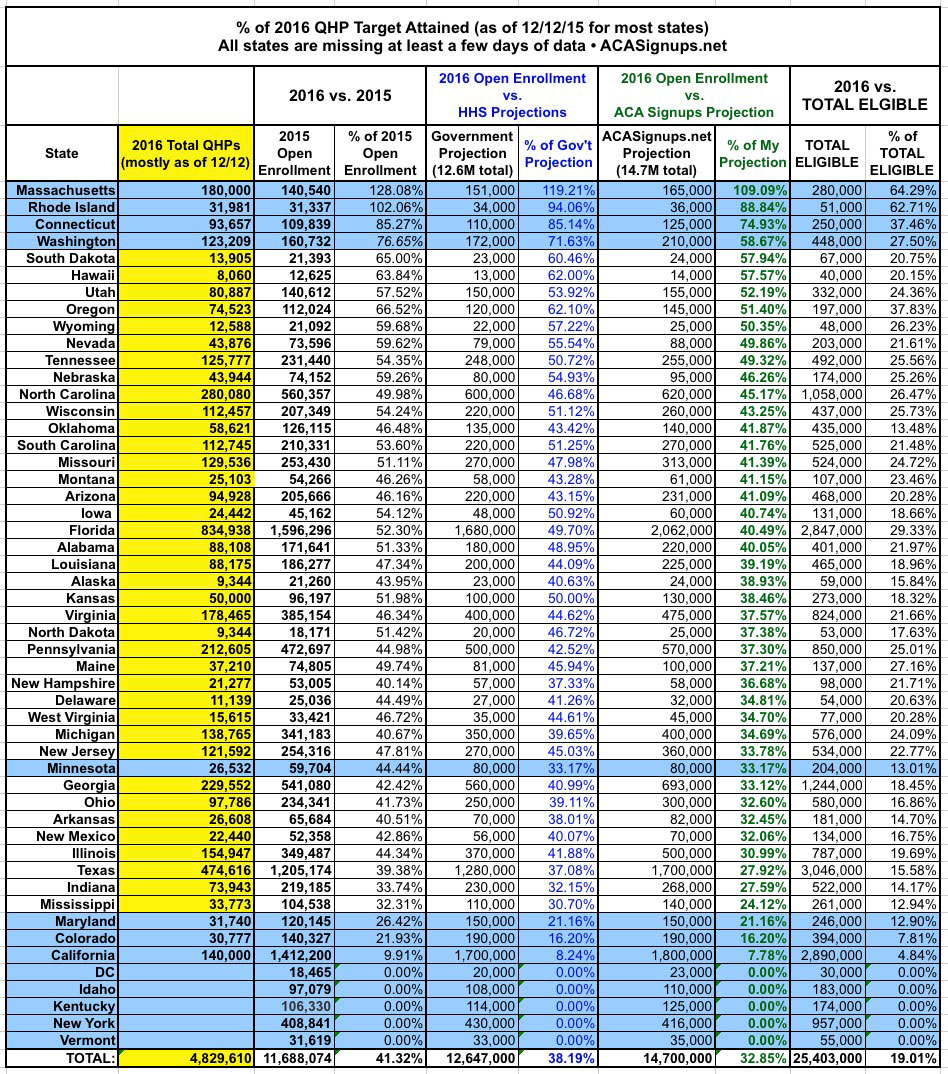 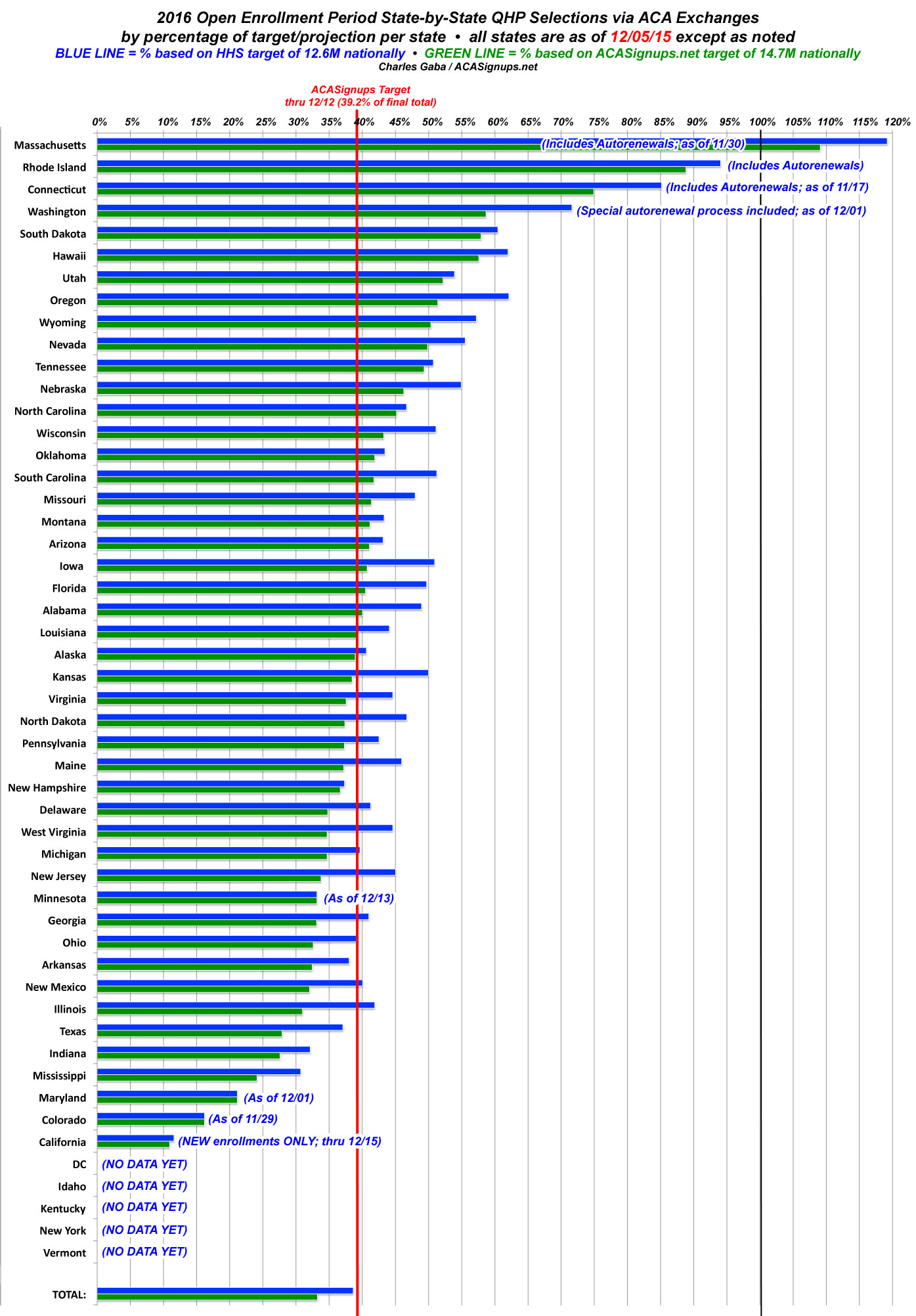