Update 12/10/15: Massachusetts just released their latest enrollment update, and it's a huge one! 180K, well ABOVE 100% of my projections for the end of open enrollment! Of course, like the other three states above, MA is including auto-renewals, but this is still extremely good news.

Obviously some are higher, others lower. Again, Connecticut, Rhode Island and Washington State are kind of misleading on the high end due to front-loading, while CA, DC, ID, KY, MA, MN, NY and VT are all misleading on the low end due to having missing data or none whatsoever yet.

Update 12/09/15: It turns out Minnesota updated their numbers today as well; everything below has been updated with their new data.

As you can see, 5 weeks in, 19 states are running ahead of my projections:

As noted above, 3 states (Connecticut, Rhode Island and Washington State) can't really be compared properly until after their respective January enrollment deadlines pass and autorenewals are "locked in". Massachusetts would normally belong here as well, but they're already at 109%...unless they have massive cancellation numbers, it's safe to say they're well over the top.

The following 5 states are running dead even with my expectations so far:

Meanwhile, 16 states are running behind projections so far:

The other 10 states are either missing data completely or the data is too incomplete to be measured fairly yet.

I'm not going to go into a lot of individual state analysis until after the 12/15 deadline when autorenewals have been added into the mix, since it could simply be that residents of some states are more willing to allow themselves to be auto-renewed than others. Having said that, of the 41 states I have current data for, the only ones I'm at all concerned about so far are Illinois, Indiana, Mississippi and Texas, which are each running considerably behind where I expected them to be at this point. In addition, while Minnesota isn't running that far behind my 12/05 target, it's still worth noting because their data is as of 12/08. Since we're in the middle of "Surge Week", those 3 extra days are more critical than they would normally be.

On the positive side, there are 8 states which are substantially ahead of where I expected them to be: Hawaii, Nebraska, Nevada, Oregon, South Dakota, Tennessee, Utah and Wyoming. Note, however, that three of these (HI, SD & WY) have very small populations, meaning that just a few thousand people can make a huge difference percentage-wise. Also noteworthy: All three of the former state-based exchanges (Hawaii, Nevada and Oregon) are substantially outperforming expectations. Whether this means anything, I have no idea. 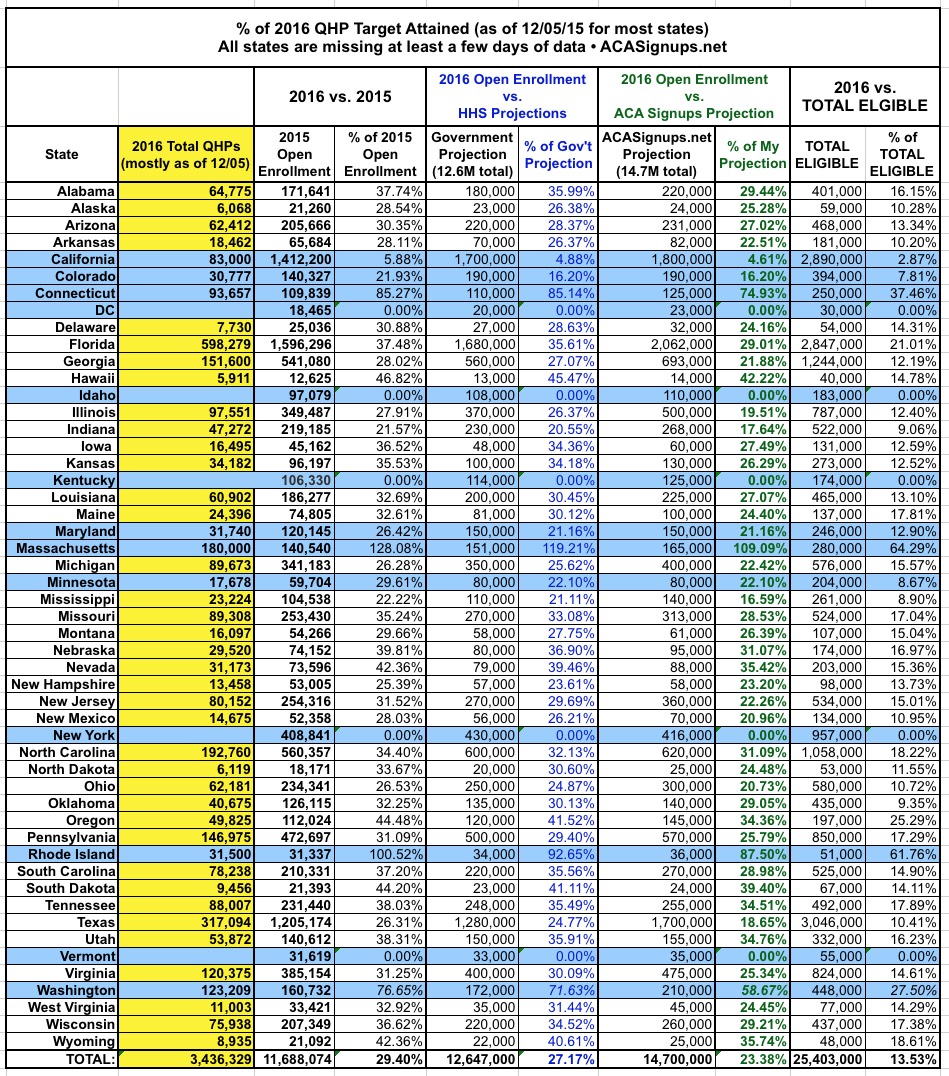 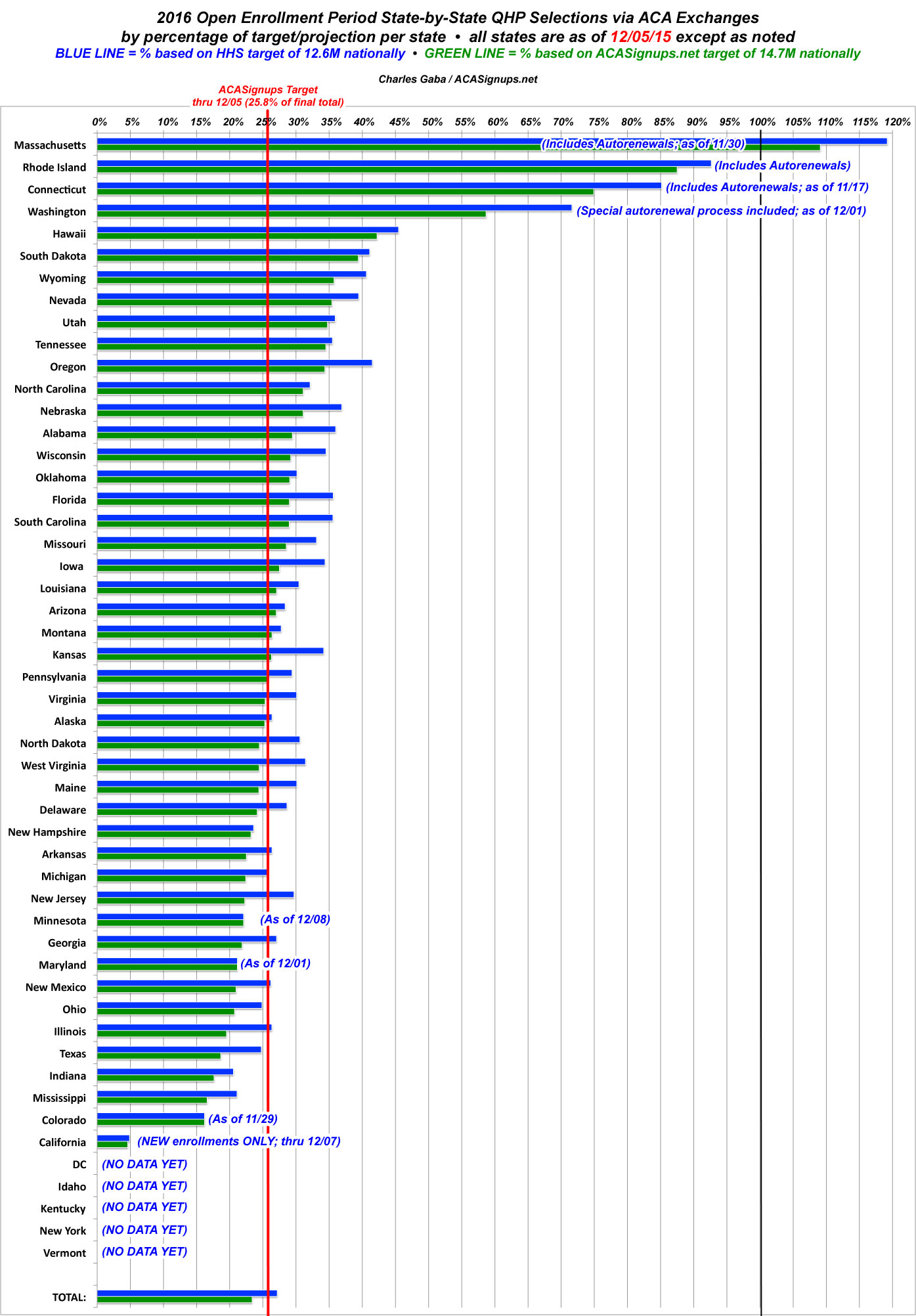