This was in addition to the Out of Pocket Cost Calculator which had already been launched previously.

Today, CMS announced that they appear to be confident enough in the new tools that they're opening them up to everyone:

As consumers count down to the December 15 enrollment deadline for January 1 coverage, the Centers for Medicare & Medicaid Services (CMS) announced today that new HealthCare.gov consumer decision support features piloted earlier this enrollment season will now be fully deployed to all visitors.  The new Out of Pocket Cost calculator, Doctor and Facility Lookup, and Prescription Drug Lookup features will help consumers to more easily search for the plan that best meets their budget and health needs.

“We are constantly focused on improving the consumer experience,” said Kevin Counihan, CEO of the Health Insurance Marketplace. “Over the past month, we have tested and improved these new decision support features on HealthCare.gov to help consumers pick the plan that best meets their needs. Listening to consumers has always been our top priority and this year we heard their call for additional resources to help them search for and identify the best plan for their families. All consumers visiting HealthCare.gov to search for coverage ahead of the December 15 enrollment deadline will be provided with relevant, personalized and more up-to-date information about their plan options before enrolling.”

...Consumers are reminded that health plans can change which doctors and facilities are in their networks on a continual basis, and providers can change locations and affiliations. For these reasons, we are encouraging consumers to check with their doctor or plan to confirm that their doctor accepts that plan. Consumers will be asked to opt-in to use the tool to be sure they understand limitations with the data and will be able to leave comments and suggestions for improvement directly through the site.

In addition, in poking through the HC.gov Window Shopping tool today, I noticed a couple of additional minor but interesting updates. First, ont he "Who is in your household" screen, they've added a little note at the top; apparently some people didn't realize that tehy have to include all dependents even if they're covered elsewhere already: 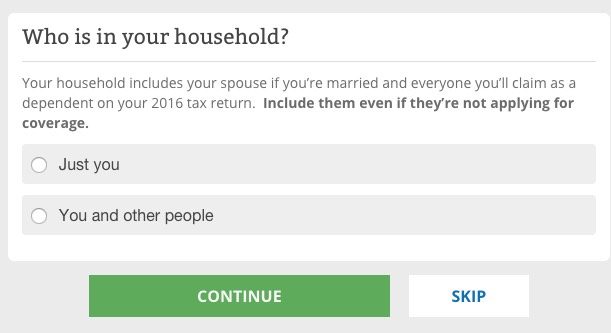 Next, on the "Are you Married" screen, there's an interesting additional link for people who aren't sure of their marital status: 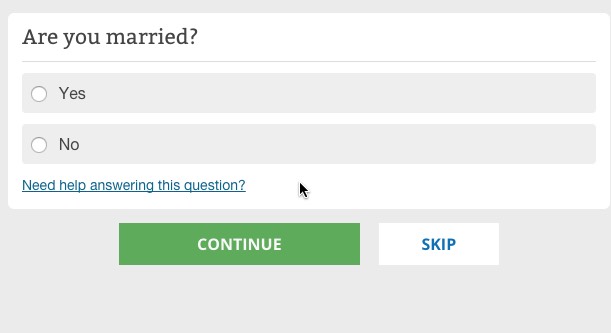 This struck me as being an odd thing to ask, so I clicked through and understood the addition: 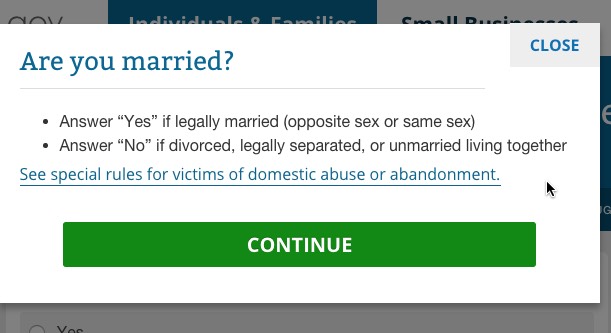 There's a couple of things going on. First, this is a sign of the times regarding same sex couples. Secondly, I suppose "legally separated" could be legally confusing for this purpose. Most importantly, however, is the "special rules for victims of domestic abuse or abandonment".

When you click through, you're taken to the following: 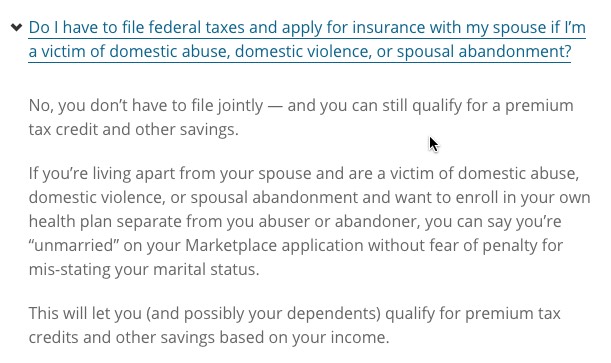 This is a very nice touch, and follows up on an announcement made over the summer allowing domestic violence/abandonment victims to enroll in exchange policies year-round:

All victims of domestic abuse and spousal abandonment and their dependents can now enroll in separate Healthcare.gov insurance through a permanent special enrollment period effective immediately, CMS said in new guidance out Monday (July 27).

The update solidifies and broadens an initial SEP from spring 2014 to include any member of a household dealing with domestic violence instead of limiting it to spouses and dependents.

The special enrollment period is available for 60 days after someone first requests it. State exchanges can also put a similar 60-day policy in place, CMS said.

Those using the SEP who are married to their abuser or abandoner can still receive advanced premium tax credits and cost-sharing reductions as well.

CMS deserves praise for these moves. They may not seem like much but to the people involved, these can literally be lifesavers.