With all those caveats out of the way, here's where things stand. Just like last year, the BLUE LINES represent the percentage of QHP selections each state had achieved as of 11/28 compared to my best guess at their reasonable proportion of the 12.6 million people the HHS Dept. expects to select plans nationally. In some cases (California, Colorado, Connecticut, Idaho, Maryland, Minnesota and Vermont), I've used the official target number for that state, according to the exchange itself. For other states, I took a proportionate number based on the HHS Dept's 12.6 million total.

The GREEN LINES, meanwhile, represent MY projection of how many people I expect to select QHPs during open enrollment this year. Again, with the exception of CA, CO, CT, ID, MD, MN & VT,  none of these targets are official.

Finally, I've included a vertical RED LINE. This represents the point I think each state should have been as of November 28th (around 2.65 million, or 18% of the 14.7 million total I'm projecting nationally by January 31st).

Got all that? OK, see below.

As you can see, 4 weeks in, 21 states are running ahead of my projections:

As noted above, Connecticut and Rhode Island can't really be compared properly until after their respective January enrollment deadlines pass and autorenewals are "locked in".

The following 4 states are running dead even with my expectations so far:

Meanwhile, 15 states are running behind projections so far:

The other 9 states are either missing data completely or the data is too incomplete to be measured fairly yet. 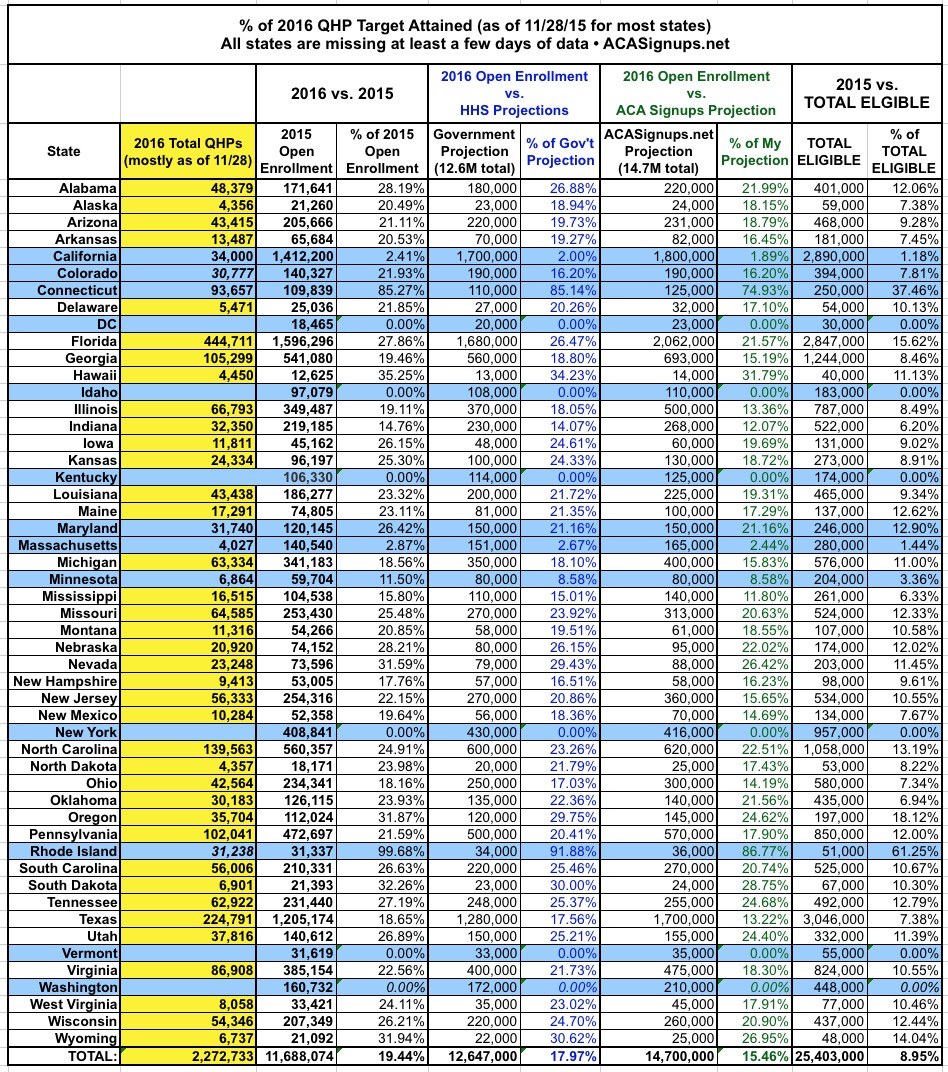 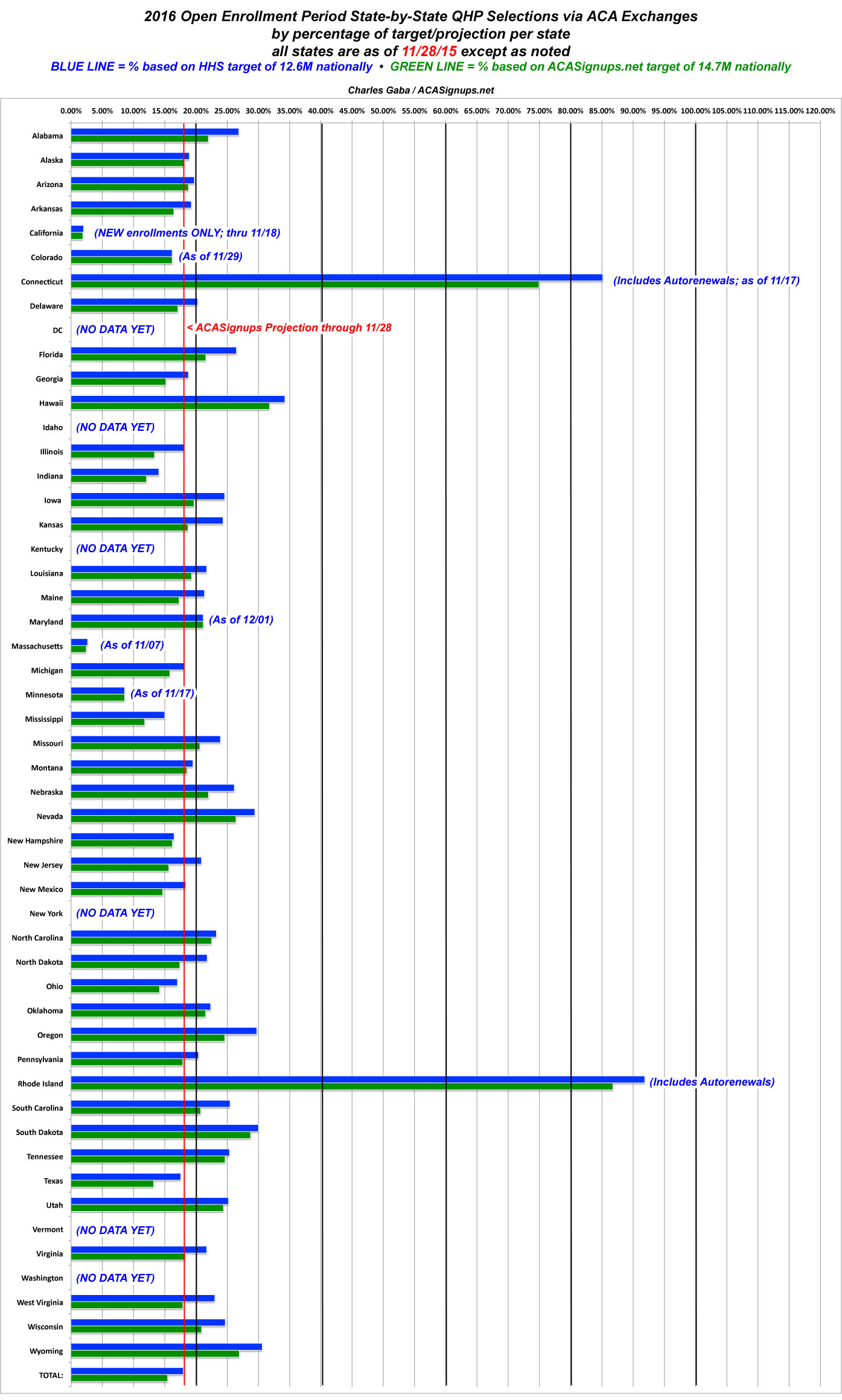