NOTE: The Weekly HealthCare.Gov Snapshot Reports are normally released at around 1:00pm on Wednesdays. I have a 1:00pm meeting today, so the odds are that I won't be able to write up a response/analysis of the weekly HC.gov numbers until late this afternoon.

THEREFORE, the following assumes that my estimate of appx. 370,000 QHP selections via HealthCare.Gov from 11/22 - 11/28 turns out to be accurate. Obviously if the number is significantly higher or lower than that, I'll have to tweak some of this.

OK, assuming this is correct:

Again, assuming Week 4 was around 370K via HC.gov, here's what that should also mean:

And going forward, I expect the December Surge to be ramping up right about now, which means around 600,000 QHPs via HC.gov during Week 5. That should bring us to...

OK, gotta go; we'll see how I did for Thanksgiving week... 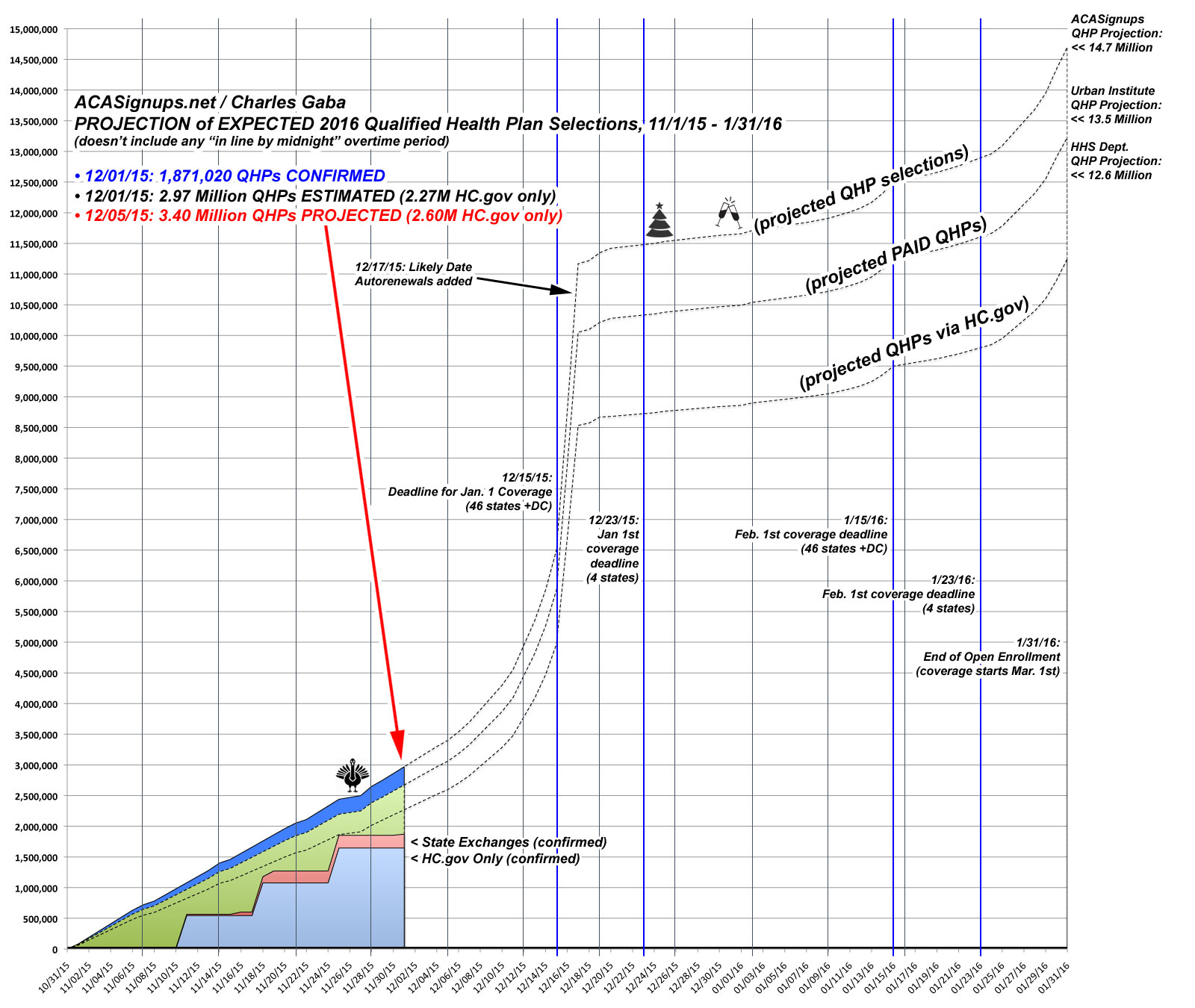