Oh, wait...no, it's actually just The Graph, officially returning for the third go-around.

Simple. In fact, as I explained earlier today, it's entirely possible that the national total is much higher than 230K already--it could potentially be up to as high as 800,000 or more already. Here's a simplified explanation:

8,500 of those 8,700 come from Maryland over the first 3 days of this week. Maryland enrolled around 120,000 people during open enrollment last year...which just happens to be roughly 1% of total enrollments nationally.

Now, there's absolutely no way of knowing whether Maryland is representative (that is, if it's proportionate nationally), but if it is, it suggests that around 100x as many people have already selected private policies via HealthCare.gov and the other state exchanges...or up to 850,000 people.

As I also noted earlier today, based on HHS Secretary Sylvia Burwell's tweet from the other day, there have already been at least 250K applications submitted to HC.gov, and could be as many as 585K nationally as of today.

With that in mind, my 230K QHP selection estimate looks downright conservative.

Also note that a good 90% or so of these early enrollees are likely to be current enrollees simply renewing their existing policies, so it's not really that surprising when you think about it. 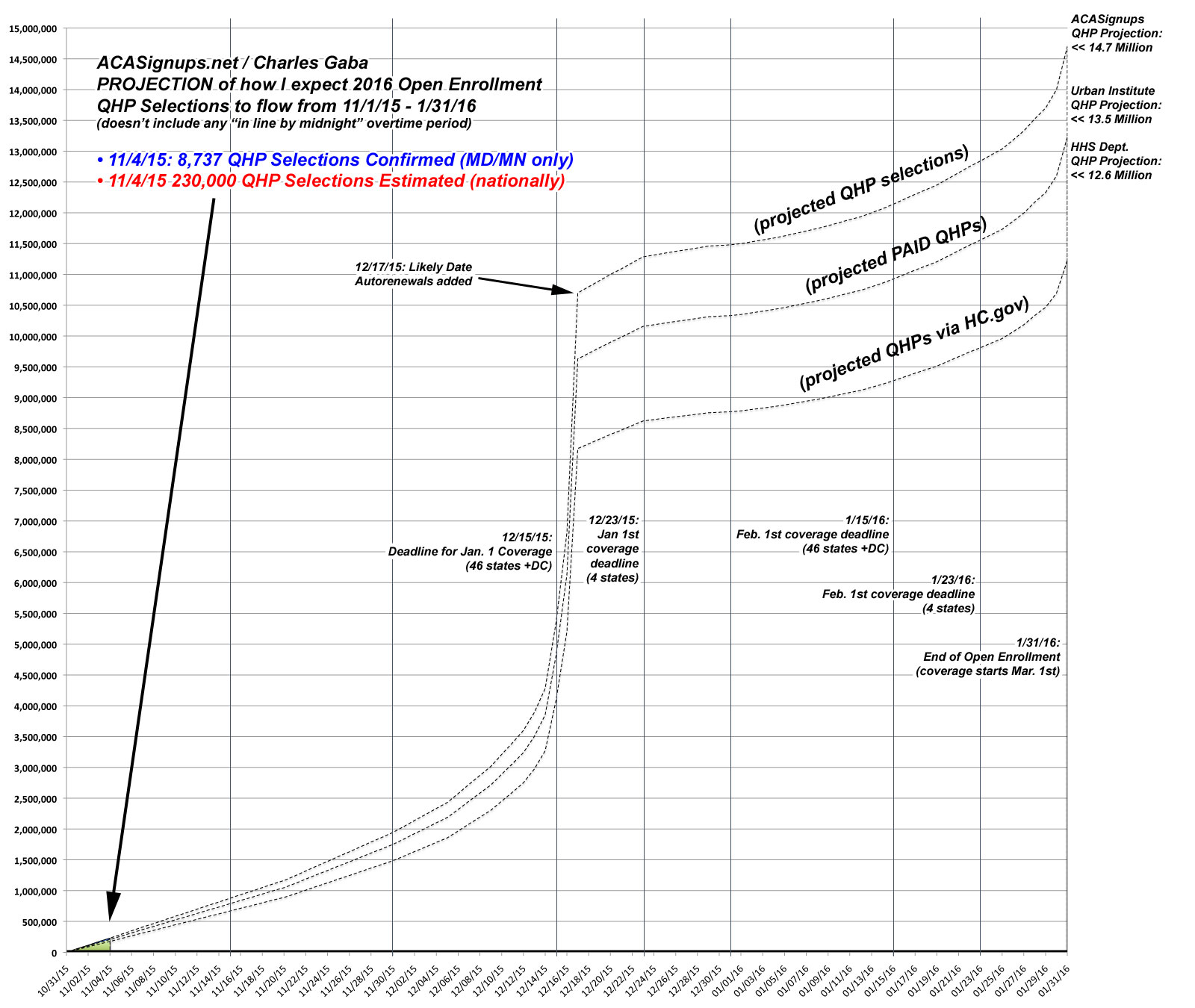