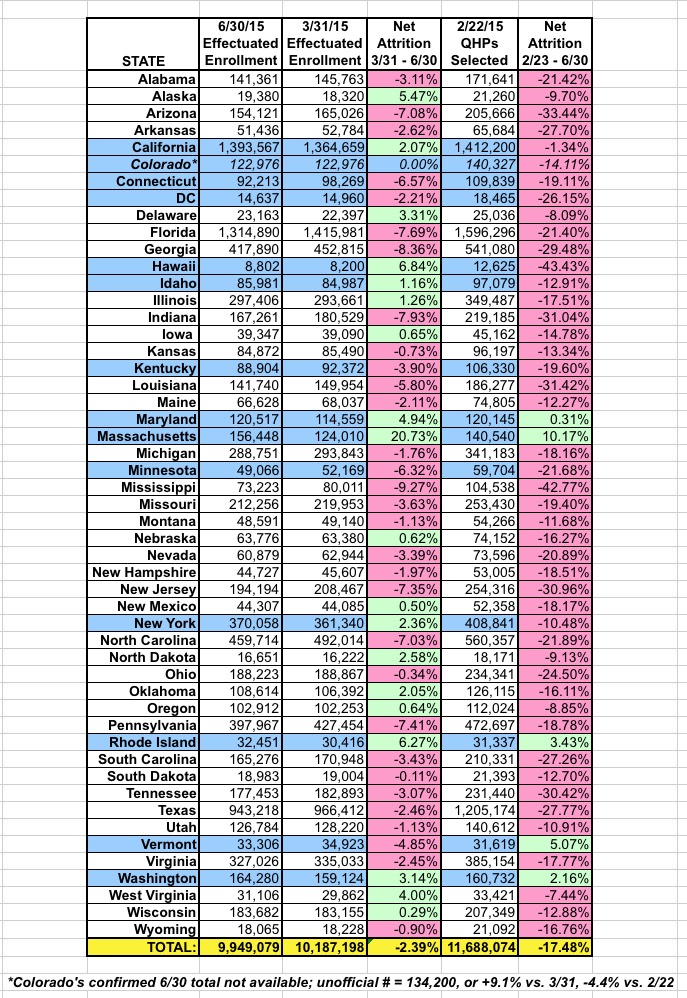 As for my full-year effectuated enrollment projection, here's what it looks like with the following corrections (click the image for a higher-resolution version):

As you can see, my existing estimate of roughly a 2.0% net monthly attrition rate (not including residency terminations) still seems to hold true: 10.19 million enrolled in March, 9.96 million enrolled at the end of June, both of which are extremely close to the actual numbers. Assuming no further significant residency terminations for the second half of the year, effectuated enrollments should end up around 9.7 million by December, and should also average around 9.7 million per month for the year (versus the CBO's projection of 13 million, which was eventually reduced to 11 million for the full 2015 calendar year).

UPDATE: As I noted earlier, state-based exchanges saw far less attrition on average than the Healthcare.Gov-based states due to HC.gov kicking several hundred thousand people off of their policies due to legal residency issues.

However, it's an even bigger difference than I thought; check this out...collectively, the state-based exchanges added over 70,000 people during the 2nd, off-season quarter (and that doesn't even include Colorado, which should have added around 11,000 more), while the 37 states run through Healthcare.Gov have lost 308,000. 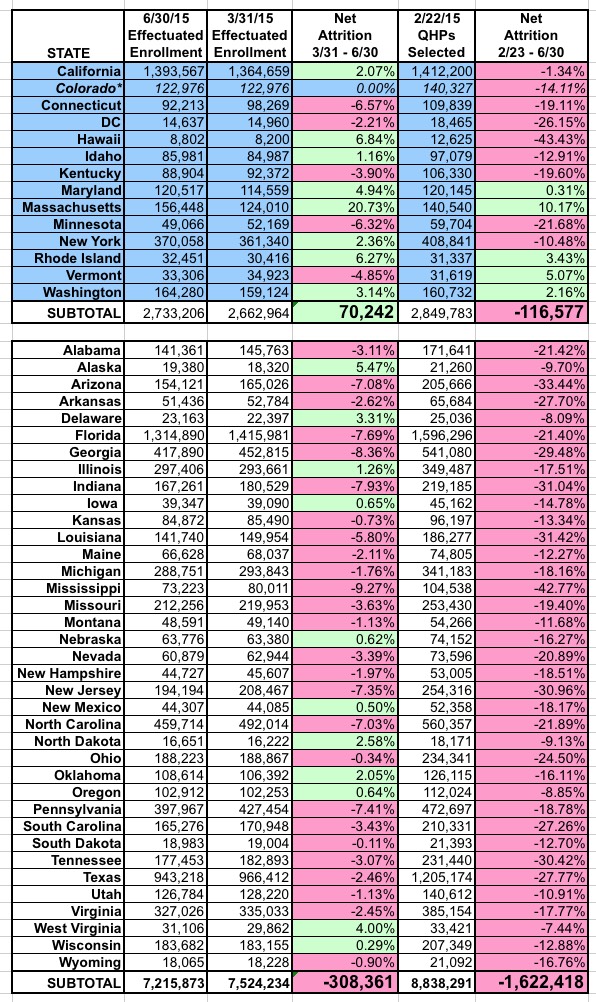