OK, I'm a little late on this one due to being on vacation last week, but the Kaiser Family Foundation released their latest national healthcare tracking poll: 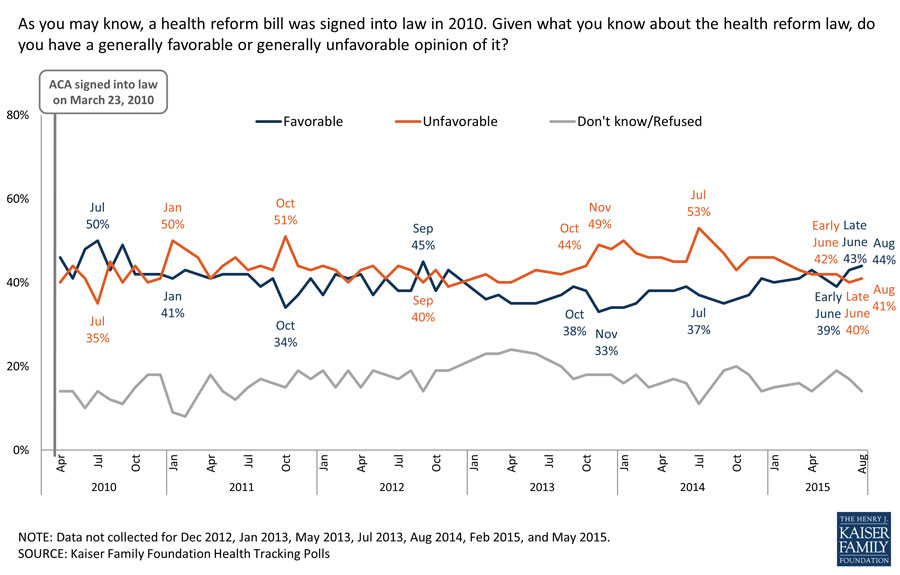 If you smooth out the lines, the trend is gradual but clear: Since an all-time low approval during the disastrous exchange website launch in October 2013, approval of the ACA has slowly crawled back up to a plurality of approval...while disapproval, which reached a fever pitch during the massive midterm attack ad bombardment last summer, has dropped off at an even faster rate. 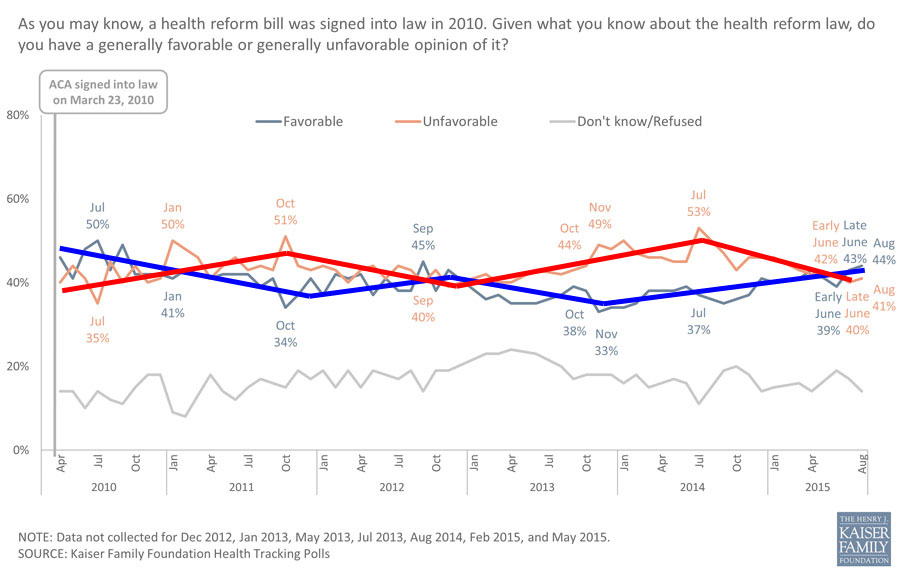 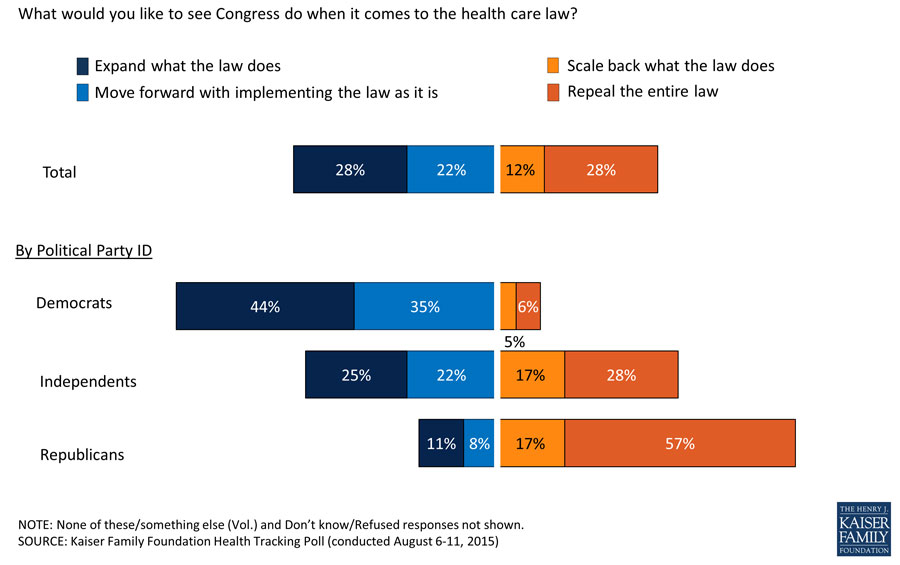 Put another way: 50% of the country wants to either keep or expand the ACA, while only 28% want to fully repeal it. The 12% who want to "scale it back" could mean any number of things...for instance, I'm among the supporters of the ACA who still thinks that the SHOP program should probably be scrapped completely; it only enrolled around 76,000 people last year (it wasn't launched on HC.gov or in some state-based exchanges), and is only up to around 200-300K this year even with all 50 states+DC operating.

Here's the most telling response to me, however:

Although those who want the law repealed disagree about what Congress should do, they are unified in their unwavering desire for repeal. After being told that about 19 million people would become uninsured if the health care law were to be repealed, only 3 percent are swayed to say they no longer favor repealing the law. 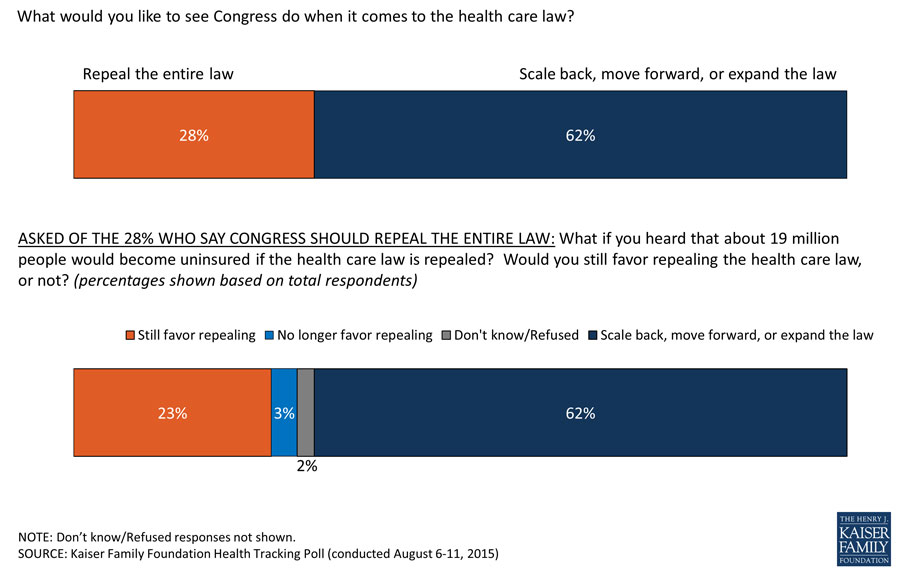 Yes, that's right: 23% of the public still wants to repeal the ACA even when explicitly informed that 19 million people would lose their healthcare coverage.

Who are those 23%? Well, from the partisan breakdown shown earlier, 63% of those who want to repeal the law in general are Republicans. It doesn't take much number-crunching to conclude that virtually all of the Republicans who are calling for repeal fall into this category...even though an awful lot of those 19 million happen to be Republicans themselves.