Massachusetts: 170.5K *effectuated* enrollees & a whole mess of other data

YES, I KNOW ABOUT THE BIG CMS OFF-SEASON QHP REPORT released a couple of hours ago, and I'll be posting about that next, but I just got back from an end-of-summer camp carnival thing with my kid, and want to make sure I get Massachusetts crossed off the list first.

The Massachusetts Health Connector just held their monthly board meeting this morning, and have released the July dashboard report with a whole mess of demographic data for Baystate-obsessed nerds to revel in.

I've pasted screen shots of every page of the report below (and there's a link to the PDF version above), but here's the main takeaways:

While the national effectuation number is likely only 2% or so higher today than it was in March (likely 10.4 million vs. 10.2 million), in Massachusetts it's 36% higher. There's two main reasons for this, both connected to "ConnectorCare", which is unique to Massachusetts. ConnectorCare consists of the same low-end Qualified Health Plans that anyone can purchase (ie, they're still counted as QHPs in the national tally), except that in addition to the federal Advanced Premium Tax Credits (APTC), enrollees in ConnectorCare also receive additional state-based financial assistance, making them even more attractive to enrollees. In addition, however, unlike "normal" APTC or Full Price QHPs, which are limited to the official open enrollment period for most people, ConnectorCare enrollment, like Medicaid/CHIP, is open year round. That makes a dramatic difference, as you can see below; over 85% of the net QHP enrollment increase since March is thanks to ConnectorCare additions.

But wait, there's more! Look below and you'll see a whole mess of pie charts, bar charts and line charts, breaking out everything from Metal Level selections and Market Share by Provider to SHOP enrollments (5,302 lives covered as of August 1st) and even Dental Plans! 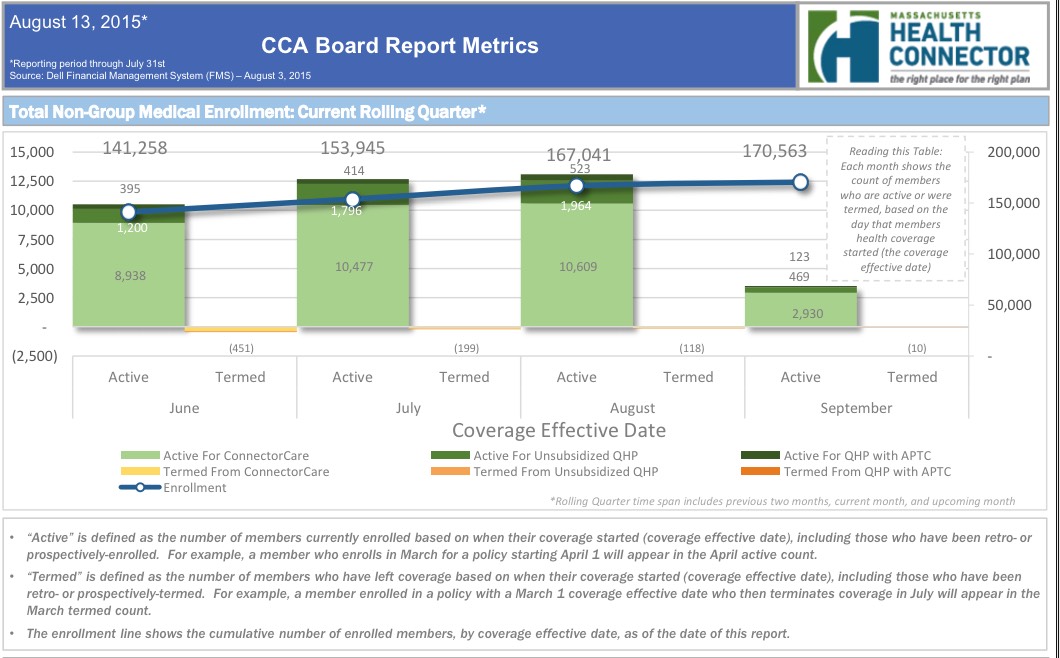 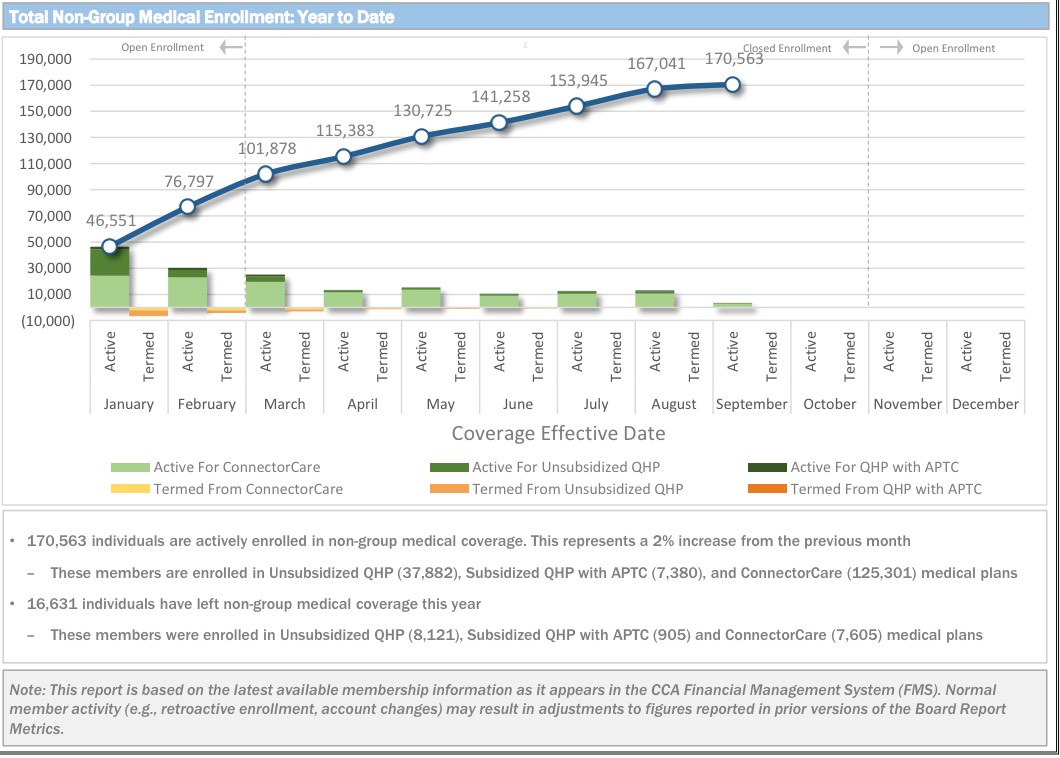 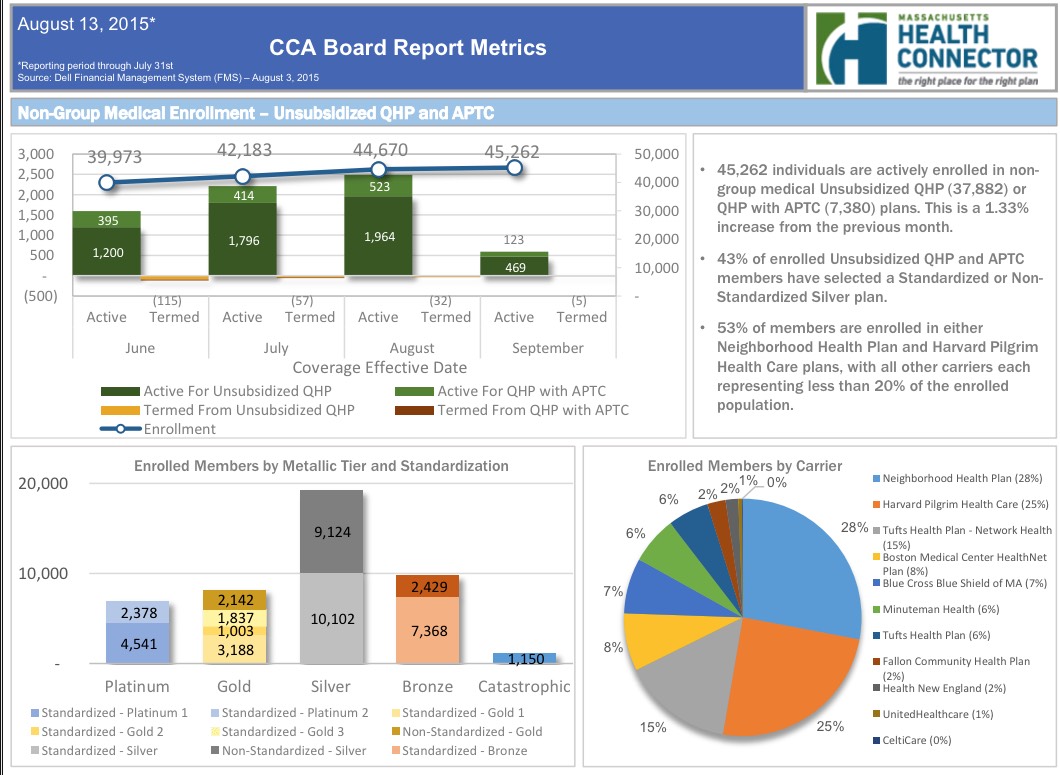 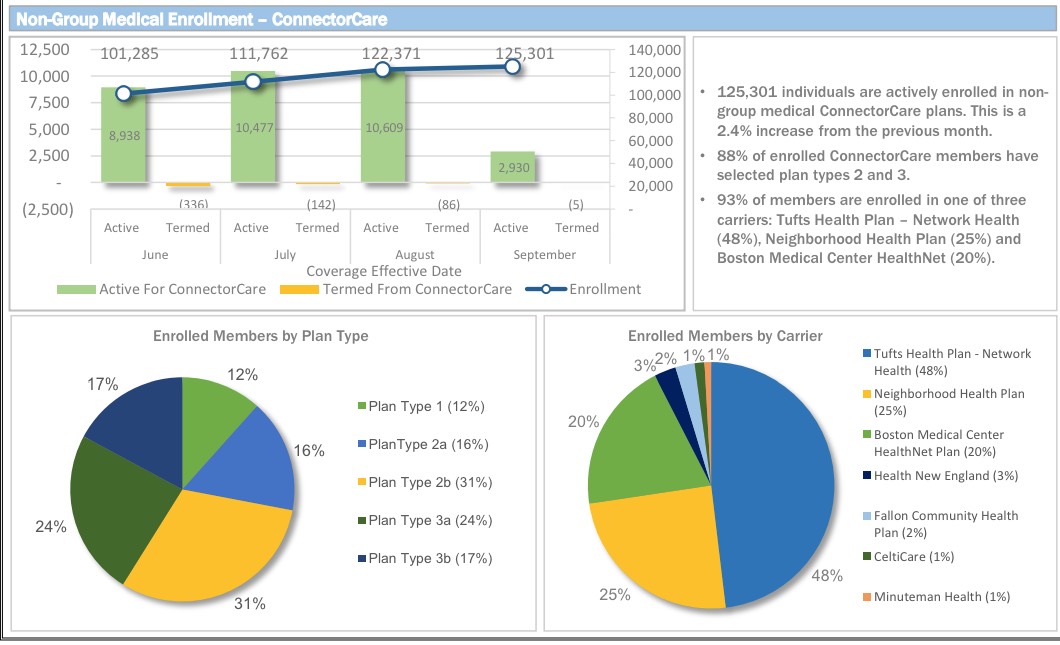 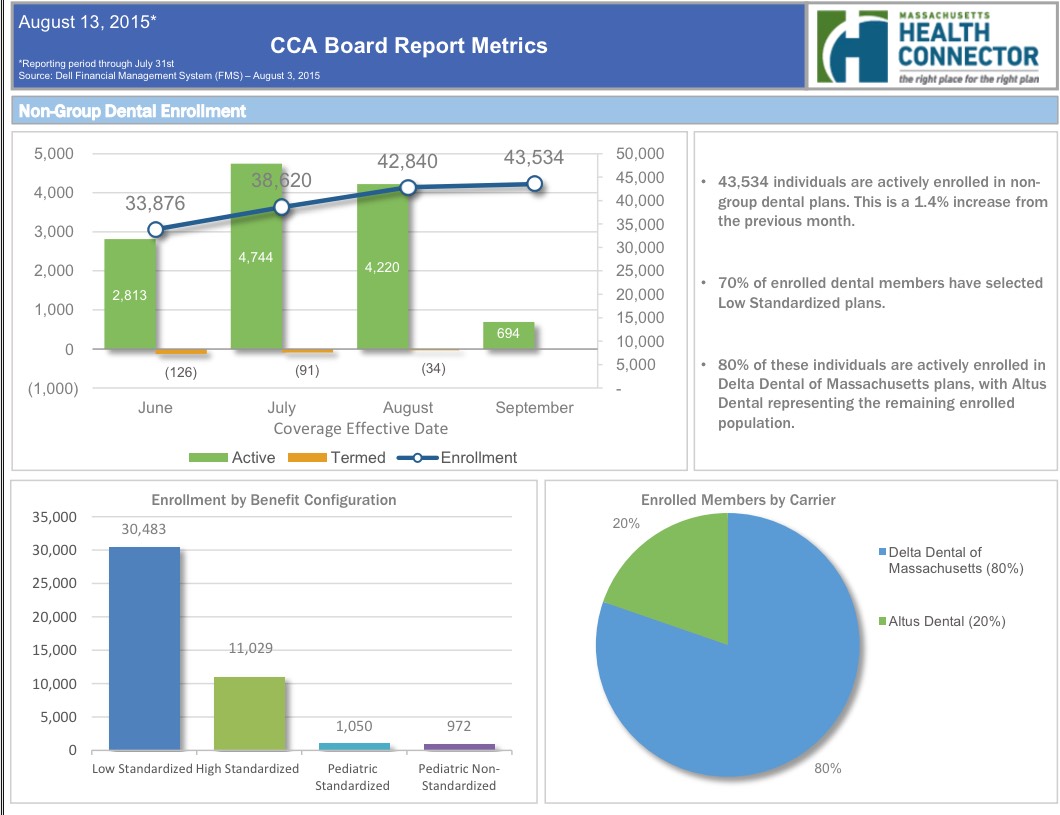 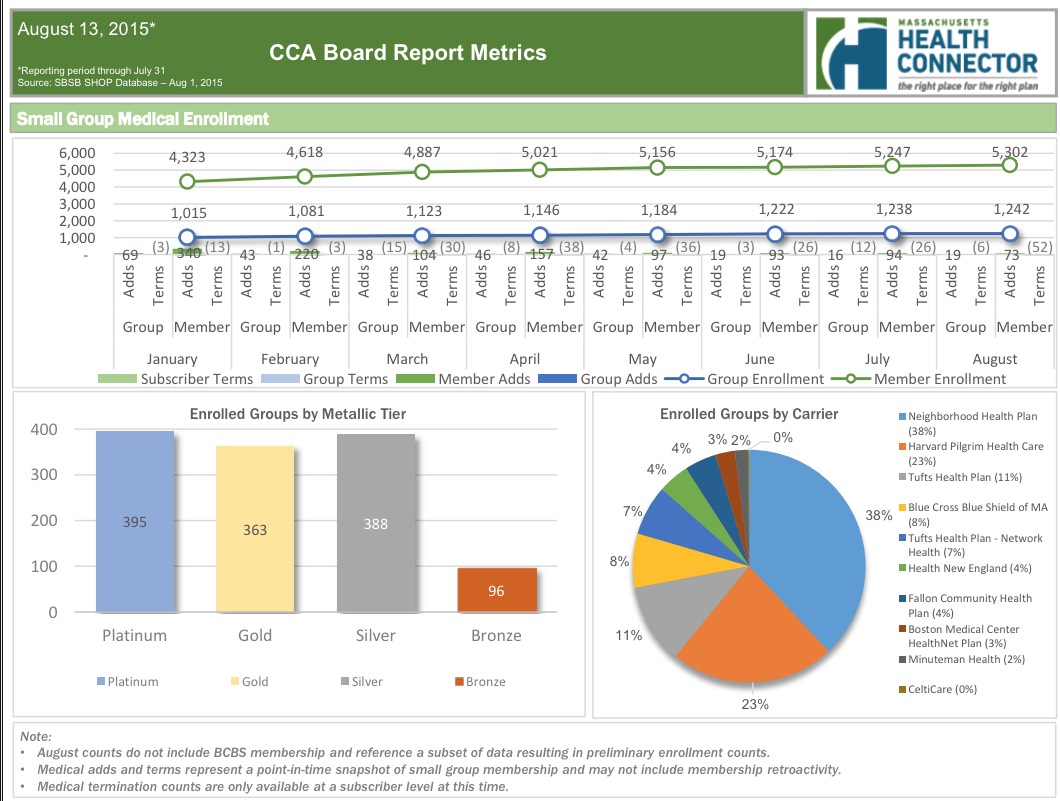 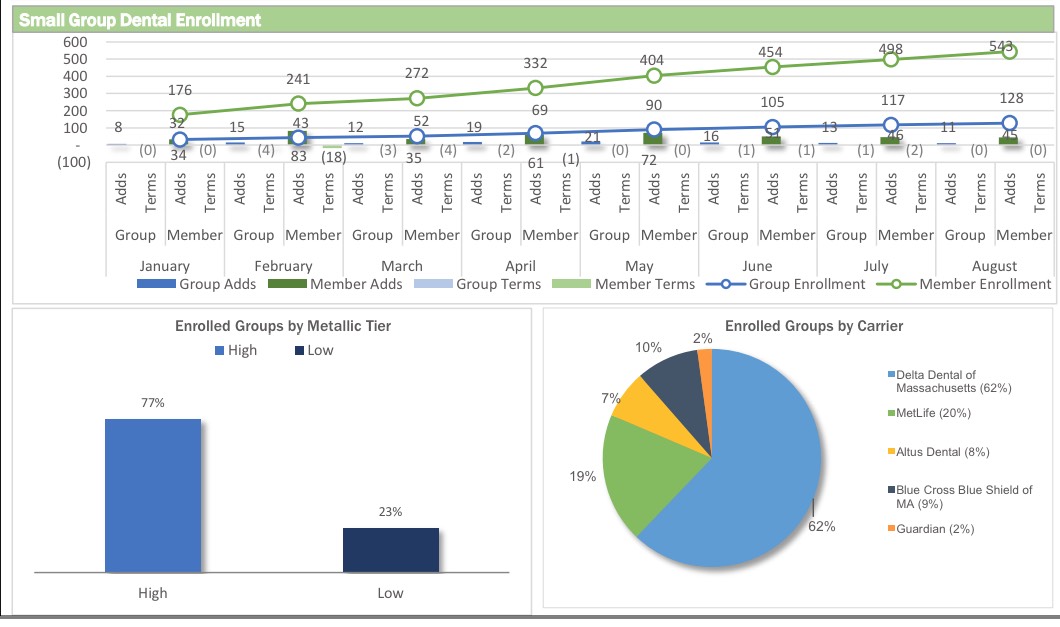