This may not seem like a Big Deal to anyone but myself, but I've decided to bump up my estimate of the currently effectuated ACA exchange QHP tally from 10.3 million (which is what I've been estimating ever since the March HHS report came out) to 10.4 million, where I expect it to hover until right around the point that the 2016 Open Enrollment period kicks off in November.

I'm basing this modest increase on the latest enrollment data out of 4 states: Washington, Colorado, Maryland and Massachusetts, each of which is showing stronger retention numbers (or, in some cases, net increases) since March:

Nationally, going from 10.2 million effectuated enrollees on 3/31/15 to 10.4 million on July 1st would only be a 2% increase, so it's not that huge of a deal...but that's still 100,000 more people covered than I had previously estimated, which is nothing to sneeze at (and if you do, see a doctor...you're covered!)

Anyway, The Graph has been tweaked slightly with both the additional numbers out of Maryland & Massachusetts today (a barely-visible blip next to "Confirmed QHPs Selected - National") and the increased "Estimated Effectuated Enrollments" line, like so: 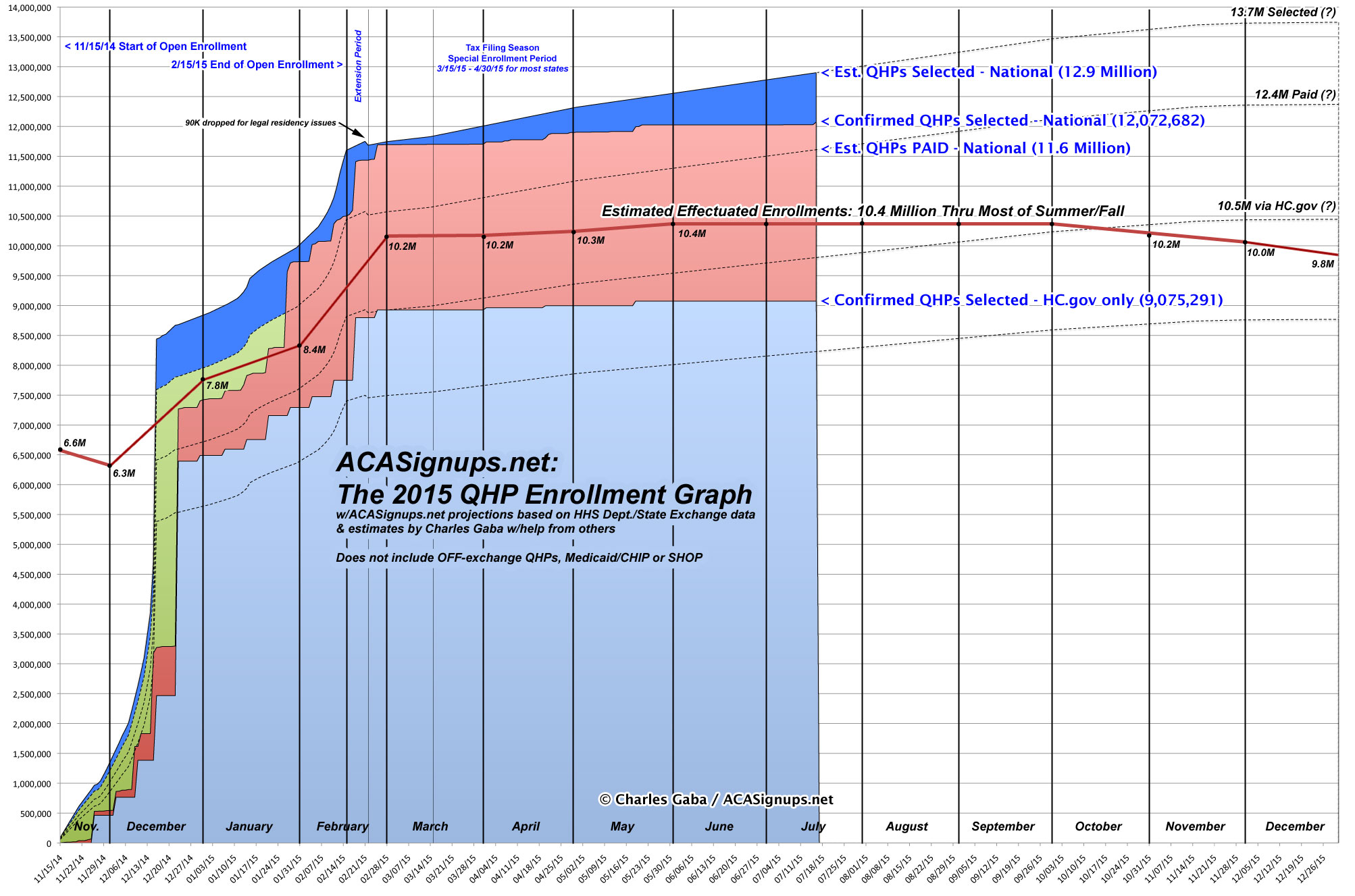