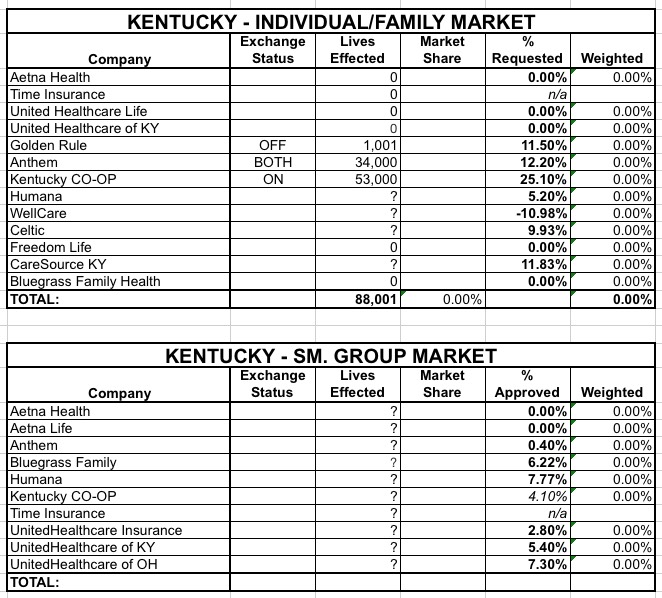 Unfortunately, as you can see, while the average rate request for each company is listed, it isn't easy to find the actual enrollment/market share data for most of them, making it impossible to get a weighted average. In addition, there's an awful lot of "n/a / 0%" entries for some pretty big companies. Usually this means that they're new to the market, but I'm not sure that's the case here.

Anyway, assuming that I have the partial data above accurate, it looks like Kentucky's individual market changes will range from an 11% decrease (for WellCare Health Plans of Kentucky, Inc.) to a wince-inducing 25% increase (for the Kentucky Health CO-OP). I don't know how many are enrolled in WellCare right now, but the CO-OP has 53,000 customers, so expect some shuffling around...except, again, I have no idea what that's a 25.1% increase from.

Meanwhile, things are looking pretty stable on the small group side of the aisle, ranging from just 0.4% to a still-reasonable 7.77% hike.