As I noted the other day, I'm flying out to Atlanta, Georgia early tomorrow morning to address the Society of Actuaries annual convention (expo? whatever), and won't be back until after midnight. Then, Thursday morning, my kid has an MRI scheduled (nothing serious, but it can't be rescheduled). As a result, I'll be either unavailable or completely wiped until at least Thursday afternoon.

Seeing how the Supreme Court has added Thursday morning (at 10am) to their list of decision announcement dates, there's a 1 in 3 chance that the King v. Burwell decision will be announced right in the middle of the procedure (although most experts seem to think they'll hold off until the 29th anyway).

This means, of course, that several hours could pass after the announcement before I'm able to write anything about it. The irony of this is not lost on me.

In any event, if they make the Big Announcement and any reporters/pundits/etc. wants a reaction/quote from me, please hold off until at least noonish, ok? Thanks! 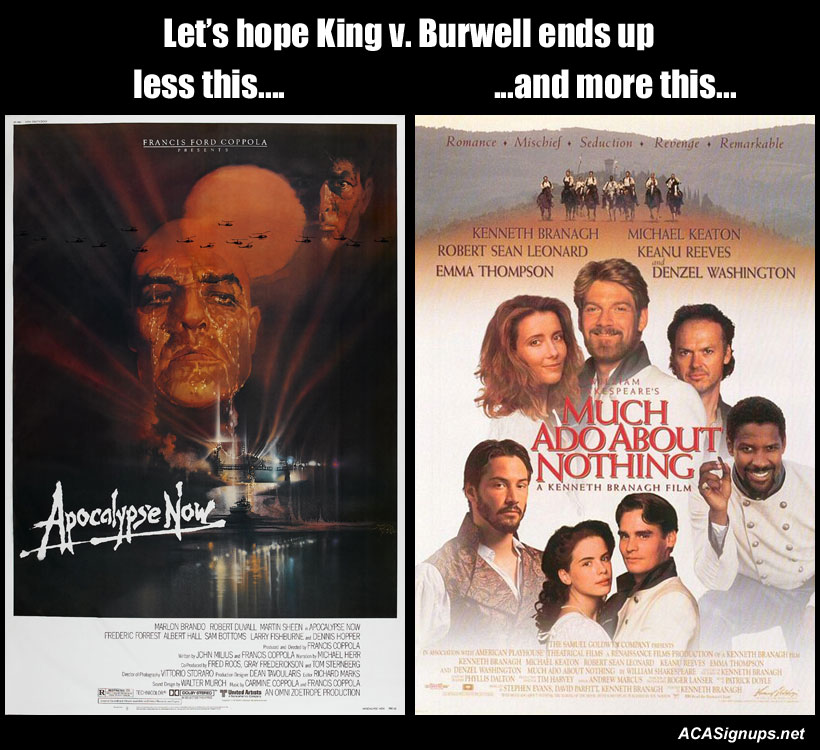