Just over a year ago, just after the 2014 Open Enrollment period ended, Daily Kos founder & publisher Markos Moulitsas, along with his team, unexpectedly set up a fundraiser for me as a thank you for the work I put into the ACA Signups project for Year One (as well as to encourage me to keep it going for Year Two).

The folks over at dKos raised a substantial amount to help me out...for which I'm more grateful than they can ever know, becuase quite frankly, I had lost about half a year's income during the process and would have been in deep financial difficulty without their help (along with the generous folks here who had/have donated before and since then).

For the past year, I've been trying to figure out an appropriate way to return the favor. Today, Markos gave me the perfect opportunity to do so:

Over the years, I've consistently kept any personal favors to a minimum. I don't like to abuse the position you all have afforded me to make personal non-political requests. But I'm going to break from tradition for this special case.

My Greek cousin's five-year-old son Vasilakis has a serious heart defect. The doctors in Greece can't handle the situation, but doctors at Boston Children's Hospital think they have a handle on the problem and can treat it. Problem is, being Greek nationals, they have no insurance to cover expenses. Those are expected to top $100,000.

Vasilakis and his family will be staying with my in-laws in New Hampshire, so all money raised will go toward medical expenses. I obviously make many asks of you, on behalf of candidates, on behalf of the site, on behalf of many issues we care about. Don't feel obligated to give more than you can, I love and appreciate you all for just being here in the first place.

But if you can spare even a few bucks, that would mean the world for this adorable kid and his (and my) family.

You can donate via his GoFundMe campaign here. Thanks. 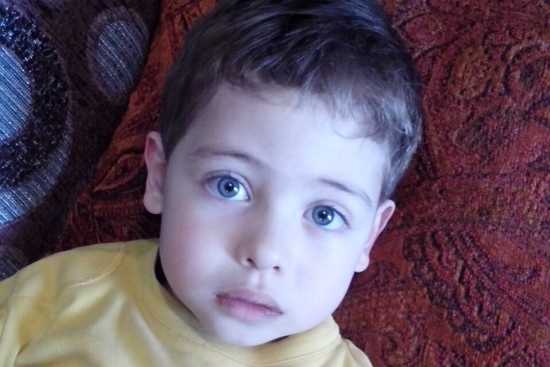 The obvious irony here, of course, is that the reason why this family is in need of financial assistance is because they're lacking...health insurance. Imagine that.

Anyway, it would mean a lot to me (and obviously even more to Markos...and especially his cousins) if you could donate whatever you can spare to help them out.