In the latest update to The Graph, in addition to simply updating both the currently confirmed and estimated exchange-based QHP totals, I've also made one significant addition: The estimated number of HC.gov-based enrollees who are currently receiving federal tax credits from the IRS, and how many of those I expect to lose those credits in the event that the Supreme Court rules for the plaintiffs in the King v. Burwell case.

The total numbers nationally are notable mainly because of the milestones which have now been passed: Over 11.9 million QHP selections have been confirmed as of today, and I estimate that the actual total should have passed the 12.4 million mark by now. I now expect to hit my official "Open Enrollment Period" QHP selection target of 12.5 million in another couple of weeks (hey, look at that!--I was right after all, just early by...um....3 months...ok, never mind...).

Assuming the King plaintiffs lose their case and there are no other significant disruptions between now and the end of the year, I expect cumulative total QHP selections to reach around 13.8 million by December 2015...except of course that most of the extra enrollees will be cancelled out by non-payments and dropped policies due to life changes, meaning that the actual effectuated enrollment number should hover around the 10.1 million mark over the rest of the year.

The calculations/methodology for the tax credit numbers are explained here (and have apparently been accepted by none other than Michael Cannon, the lead advocate for the plaintiffs in the King v. Burwell case). The gap between the 8.0 million "receiving tax credits" and the 6.5 million "expected to lose tax credits" is similar to the gap between the 12.4 million who have selected QHPs nationally and the 10.1 million who are currently enrolled (effectuated): About 12% of those who select a QHP don't pay in the first place, and additional selections are cancelled out by people dropping coverage. Note that this graph assumes that only 34 states would have tax subsidies stripped; if Oregon, Nevada and New Mexico were to be caught in the crossfire, the total losing credits would increase by around another 200,000.

The other important thing to note is that while "only" 6.5 (or 6.7) million would actually lose their credits (and thus, in most cases, their coverage), the resulting premium spikes in those states would also result in another 1-2 million people who weren't receiving credits also losing their coverage (either on or off the exchanges), as well as an additional 4-5 million or so people who would likely be able to afford to keep their coverage...but would be paying a massive rate hike in order to do so.

In other words, the total casualties would be something like 8-9 million people completely losing their coverage and another 4-5 million paying through the nose to hold onto theirs, or around 13-14 million total.

The Supreme Court decision re. King v. Burwell is expected towards the end of June. 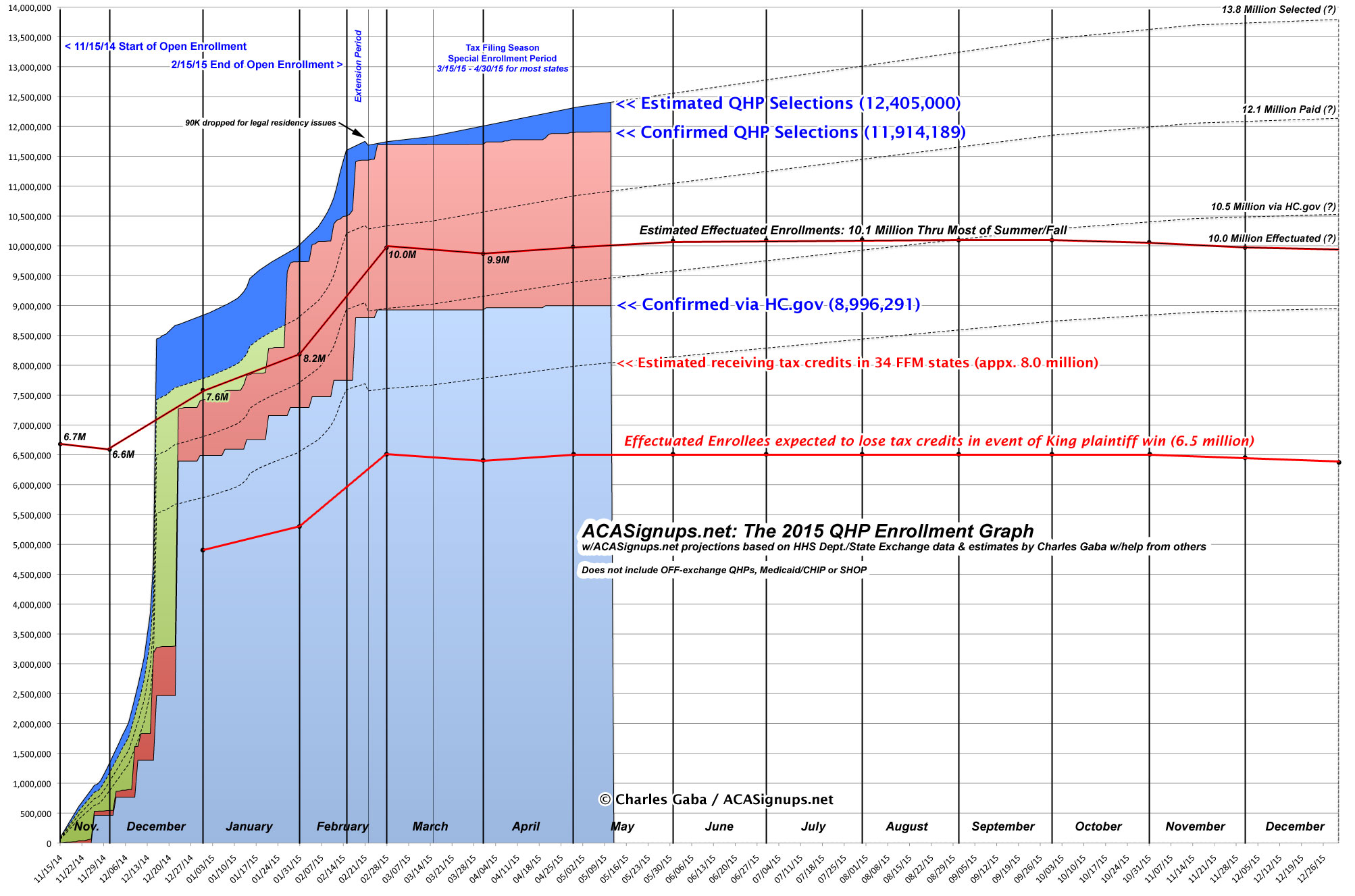