The Massachusetts Health Connector board held their monthly meeting today, which included an updated enrollment report which is chock-full of all sorts of data-nerd charts and graphs; a bonanza for folks like myself. Best of all, it runs all the way through 3/31, making the the most up-to-date report I have for any state at the moment.

This report is as compared with the 2/26/15 numbers, when Massachusetts reported 125,402 paid/effectuated QHP enrollees out of 144,362 total selected plans. 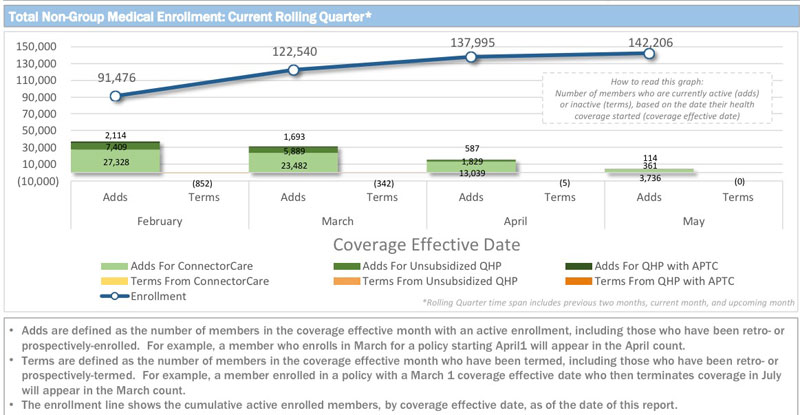 The main takeaways in today's report are:

OK, so what else?

SHOP enrollments, from the March meeting: 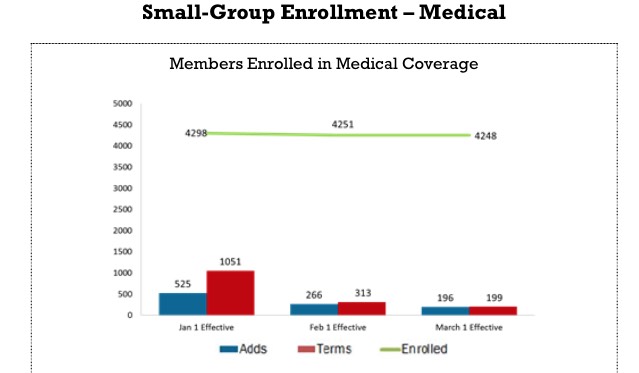 SHOP enrollments (?), from the April meeting:

It's also possible that I'm supposed to add the 1,222 figure to the 4,248 number, but until I sort this out I'm not jumping to any conclusions on the SHOP front.