As I noted earlier, I've been expecting final #OE2 numbers from at least two states, Massachusetts & Minnesota. MA has just come through with an extremely detailed report.

In addition, they've given me a partial answer to my earlier question: Yes, they do plan on releasing off-season enrollment data at least monthly (via their board meetings), and possibly weekly (I'm guessing daily would be too much to ask during the off-season). So, I can count on off-season data from at least 1 state...49+DC to go...

They also said that they don't know about a Tax Season Special Enrollment Period yet, and did not have any SHOP data or Medicaid expansion-vs-woodworker data yet.

Finally, one interesting MA-specific quirk: "ConnectorCare" enrollees...which are QHP enrollees but are heavily subsidized by the state as well (I think this is sort of like Arkansas' Medicaid "private option"?)...can be enrolled in year-round. This could be significant during the off-season, espeically since this makes up 64% of the total QHP number to date.

With that, in the end, Massachusetts final official numbers are:

On the Medicaid side: 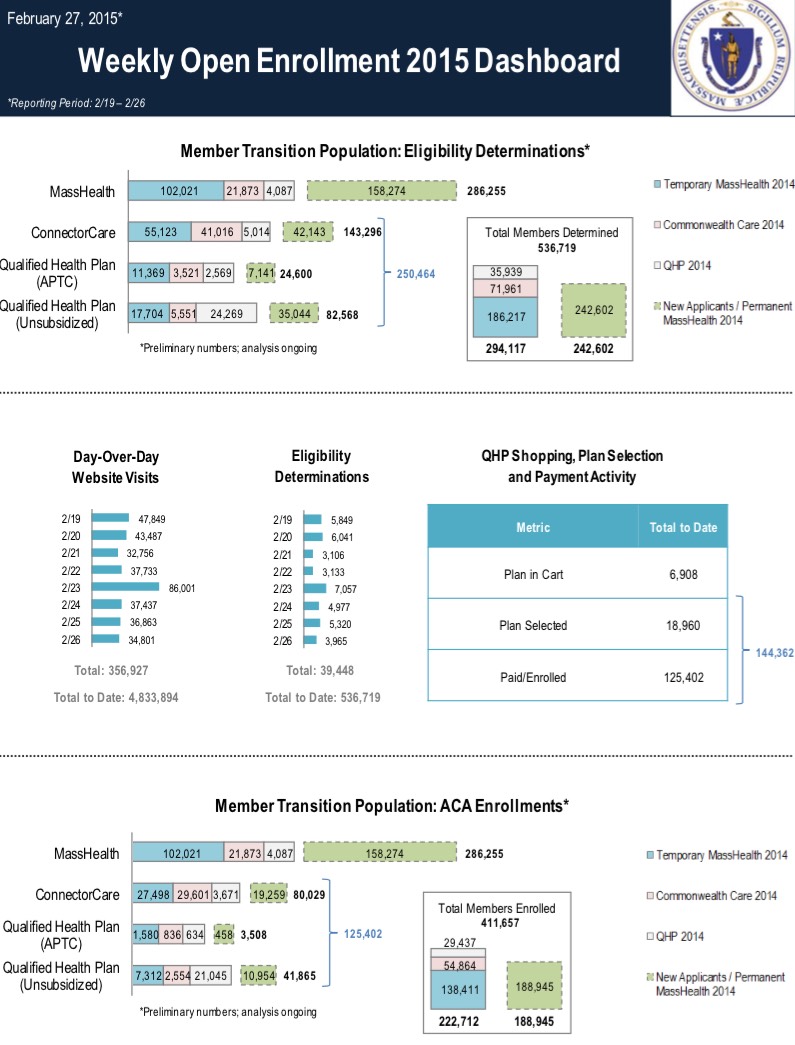 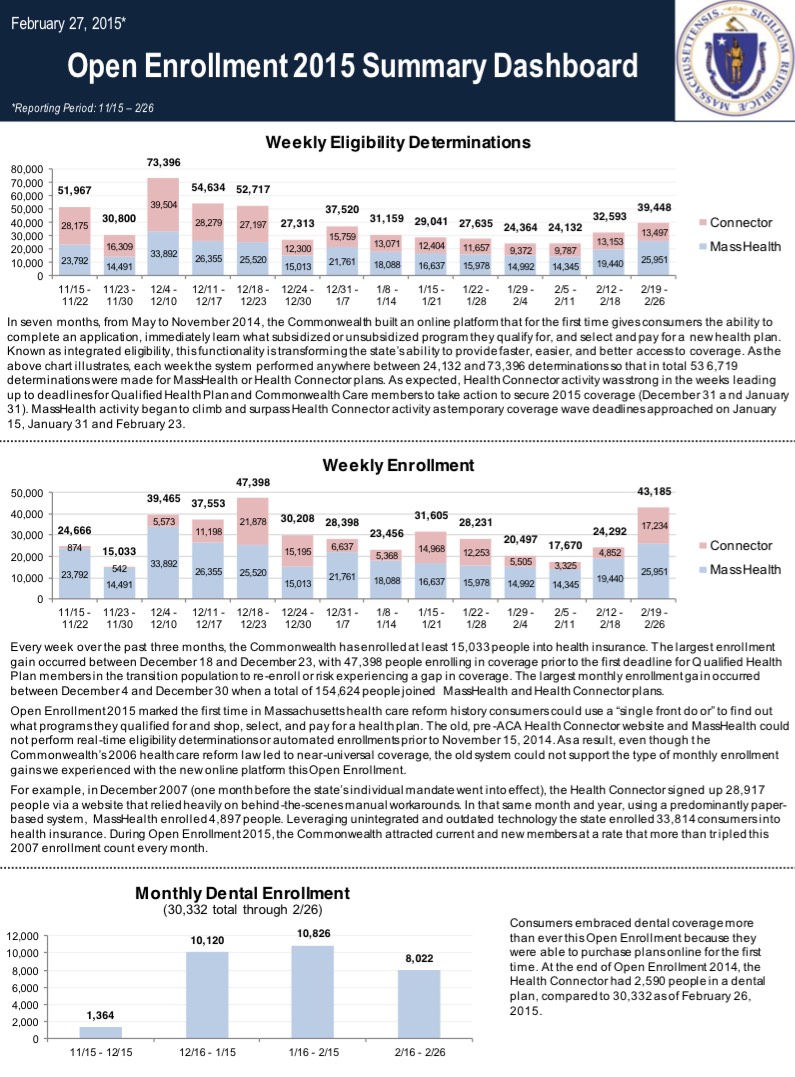