It may sound strange for me to call this the "final" graph...after all, there's still data missing from the "overtime" period from all 14 of the state-based exchanges, including big ones like California and New York. Massachusetts and Rhode Island were even still allowing full open enrollment until Monday night. A few other states are still allowing "wait in line" enrollments through this Saturday.Plus, what about the special Tax Season enrollment period coming up (or even already started in a few states)? Finally, what about Idaho? Their data hasn't been updated since way back on January 17th!

Yes, all of this is true. More numbers will continue to come in, and I'll plug them into the Spreadsheet and Graph as they do. However, with today's HC.Gov report, I have enough hard data to finish projecting numbers through February 28th...and unless there's one hell of a surprise coming out of CoveredCA or Massachusetts, as February counts down to midnight, the grand total for all states nationally should be right around 11.74 million QHP selections (and yes, this is after lopping off 90,000 due to "legal residency issues").

So, how far off was I in the end? Well, that depends on a couple of factors:

Conclusion: I should've stuck with my first instincts.

Anyway, barring any last-minute surprises from the state-based exchanges, here's what the final graph should end up looking like...until the Tax Season Special Enrollment Period kicks in on March 15th, that is... 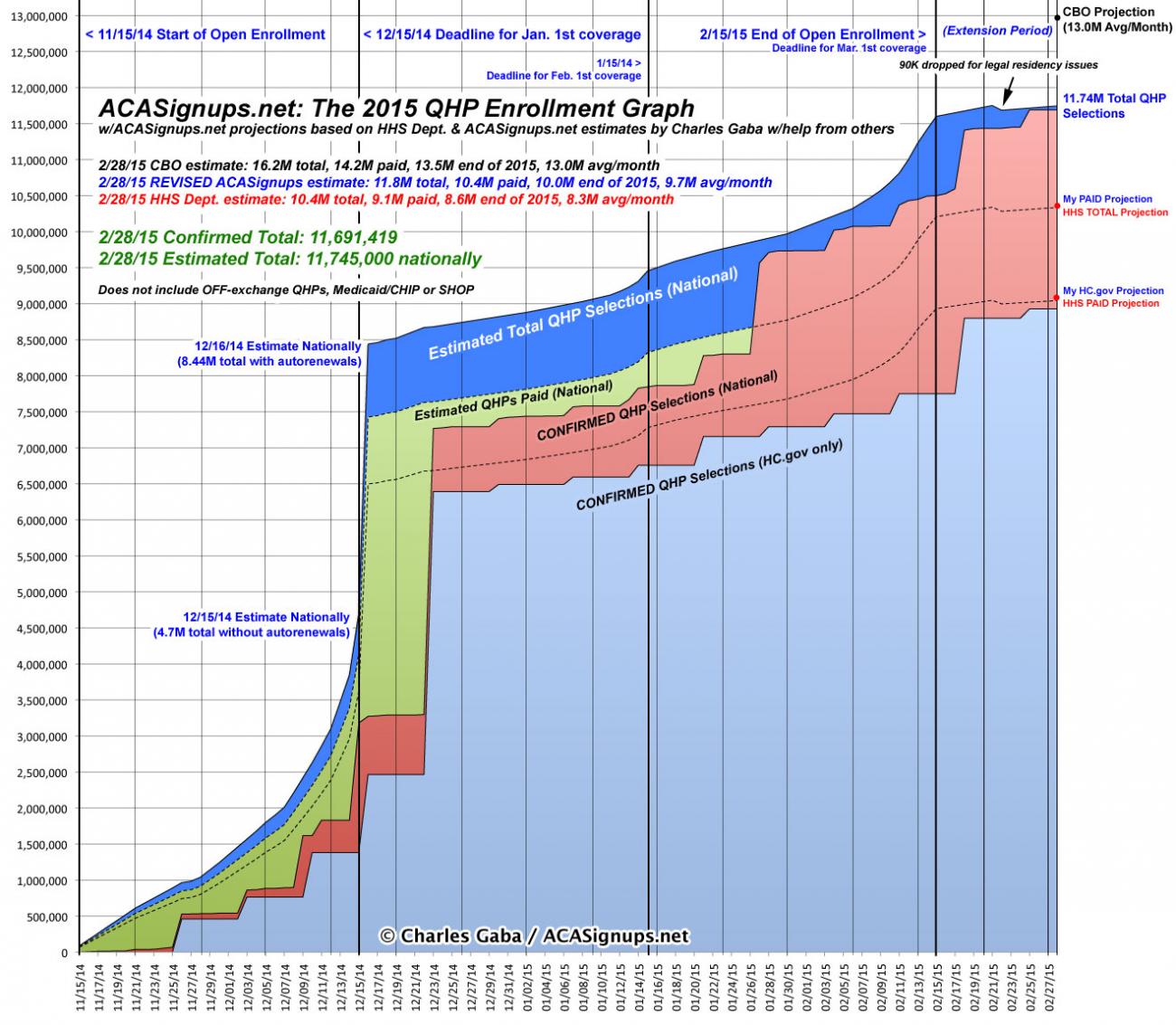