What the hell, I'll post this early today (Watch This Spot at around 2:00pm): 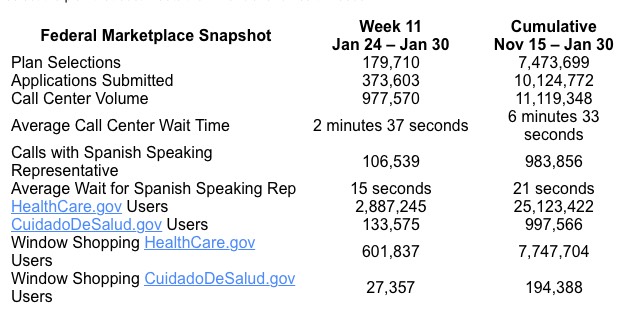 As I noted this morning, the national number is at least 9.9 million, but that's missing data for some states from a few days, so yes, I believe my 10M as of 1/31 was accurate.

Here's the state-by-state breakout for the 37 states on HC.gov: 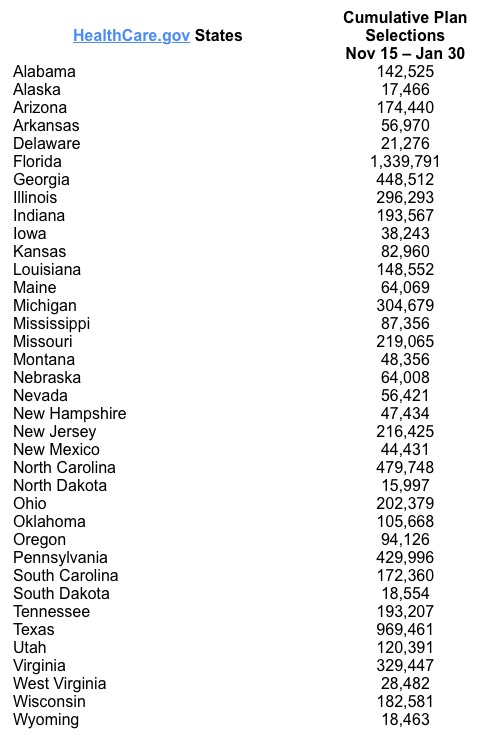 They've also added an even more impressive tier of transparancy this week as well...municipal area data:

Other notes of interest: