If you add those 950K in, the total net increase in Medicaid/CHIP enrollment due to the Affordable Care Act is closer to 11.05 million through the end of November.

Which, as it happens, is slightly less than my estimate on The Medicaid Graph at the time (around 11.20 million...or 1.4% higher).

Of course, that was 2 months ago. Since then, in addition to the December enrollments, we've also turned over to a new calendar year. I'm not sure how Medicaid renewals ("redeterminations") work; presumably 2014 enrollees would have to re-apply for 2015 just like private QHP enrollees do, so it's likely that the shift from December to January on my graph should actually show an abrupt, dramatic drop right at the end of December, followed by a steep climb back up. Unfortunately, due to the nature of Medicaid reporting, there's no way of being sure about this. All I have to go on for the moment is the ASPE report through 1/16, which includes all exchange-based Medicaid enrollments... 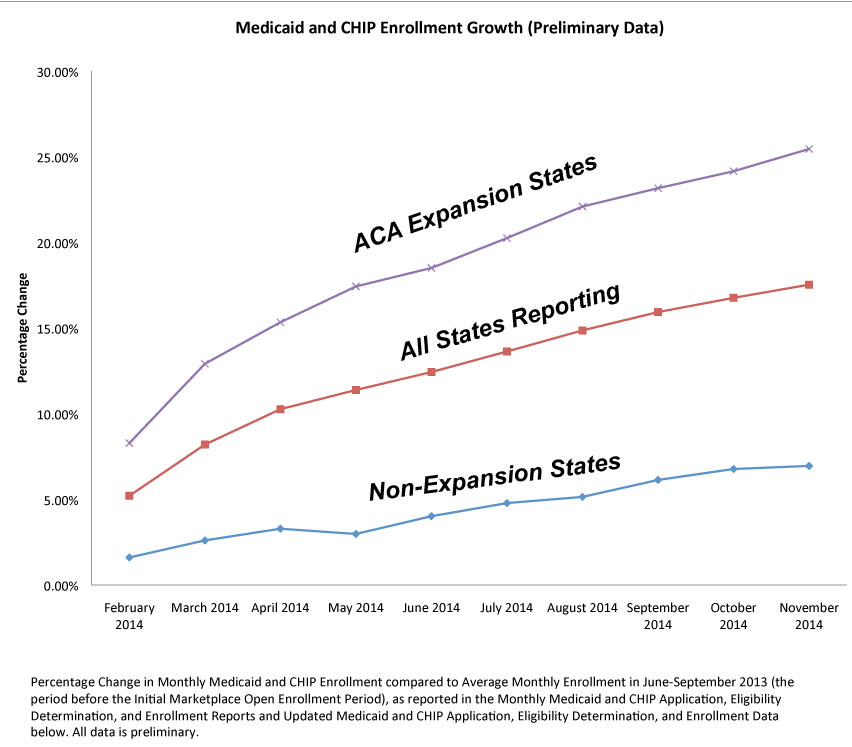