Here we go: The Massachusetts Health Connector has issued their weekly report, which confirms 113,887 QHP selections through last night, with 83% of those having paid their first month's premium and thus being fully enrolled. As I projected last week, the overall payment rate has risen by another 7%, and will likely continue to do so (of course, it will then "drop off" again dramatically during the final February surge, only to shoot back up again over the next few weeks as March enrollees start paying up).

Massachusetts has now enrolled 3.6x as many people for 2015 via their exchange as they did last year, and there's still 17 days to go, including the final push. They averaged just 834 per day over the past week (understandable since most of it was after their monthly deadline). At that rate they would only add another 15,000 or so by 2/15, but I'm expecting  3-4x that number when the dust settles, or around 160 - 175K. This would be right in line with the exchange's own expectations (around 170K or so), which would be very impressive, but it would also mean that I was seriously misunderstanding how many people were stuck in MA's weird-ass "temporary healthcare purgatory" program.

On the other hand, also note that total QHP eligibility determinations are now up to 204,655. That means that there's over 90,000 people who have gone through the process of setting up an account and plugging in their info, but just haven't pulled the trigger yet (5,573 of these actually have a plan in the cart). If 90% of those finish the process, that'd bring the total up to 195K in addition to those yet to get in the starting line. 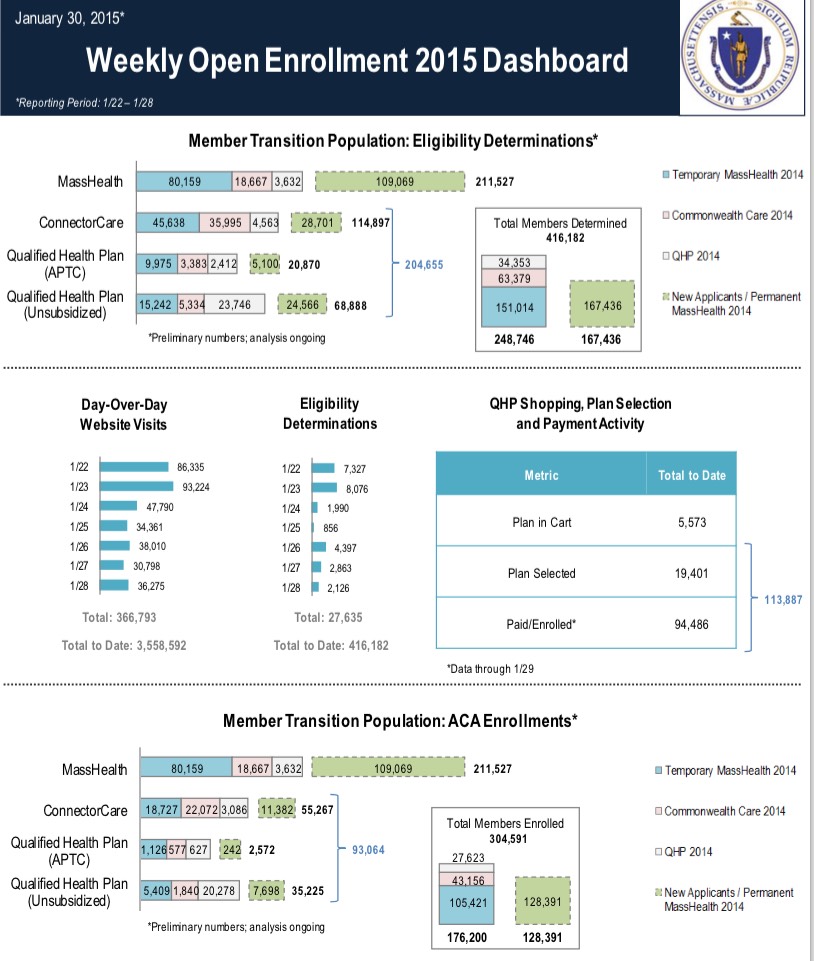