Thanks to the massive snowstorm which hit New England (yes, it was pretty bad even if NYC itself only received a glancing blow), it's been several days since the last MA Health Connector update. Today, however, they released a new daily report which covers the past 3 days.

Anyway, assuming at least a 45% plan selection rate, that should be another 1,800 QHPs for Massachusetts, bringing the total up to at least 112,000 to date.

Meanwhile, Medicaid enrollment is now up to over 211K so far. 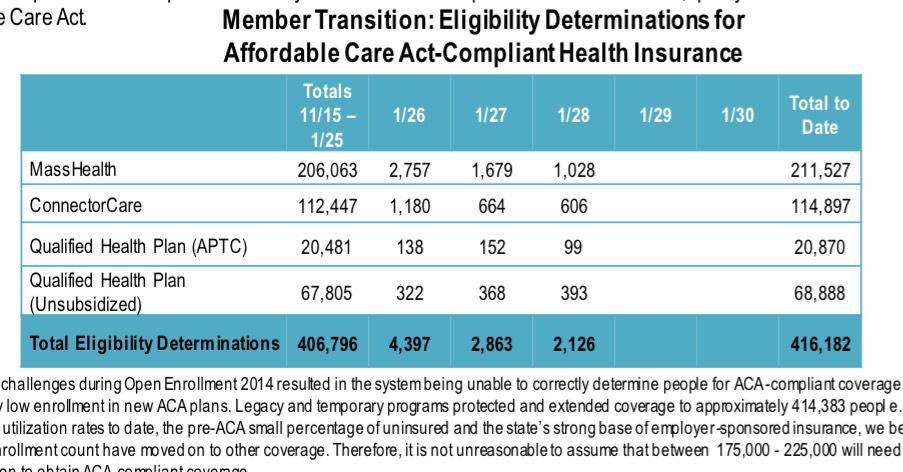