For the Record: Wednesday's HC.gov weekly snapshot should total around 7.36 Million

With the 1/15 deadline out of the way, the past week (and the next two) should come in somewhere between the last two: Fairly quiet, but steady and not completely dead. I'm assuming roughly 30K/day on HC.gov (around 40K/day nationally), which should have brought the total on HealthCare.Gov up to around 7.36 million as of Friday, January 23rd (around 210K for the week).

Now, here's the thing: We're 1/3 of the way through what should be a fairly consistent 3-week period before the final rush kicks in around February 9th/10th. My guess is that whatever the tally was this past week should stay pretty close for the next 2 weeks as well...so if the past week turns out to be higher (say, 250K), the following 2 weeks should each hit that number or higher as well. I'm estimating that the national total should reach the HHS's target (10.4 million) around February 6th.

Then we're into the home stretch, where all bets are off: Just 9 days to make it from their QHP selection target all the way to my target of 12.5 million (about 2.1 million more). That's an average of 233K/day, which is easily doable from a technical standpoint; the question is whether the demand will still be there (as well as the knowledge of the final 2/15 deadline). 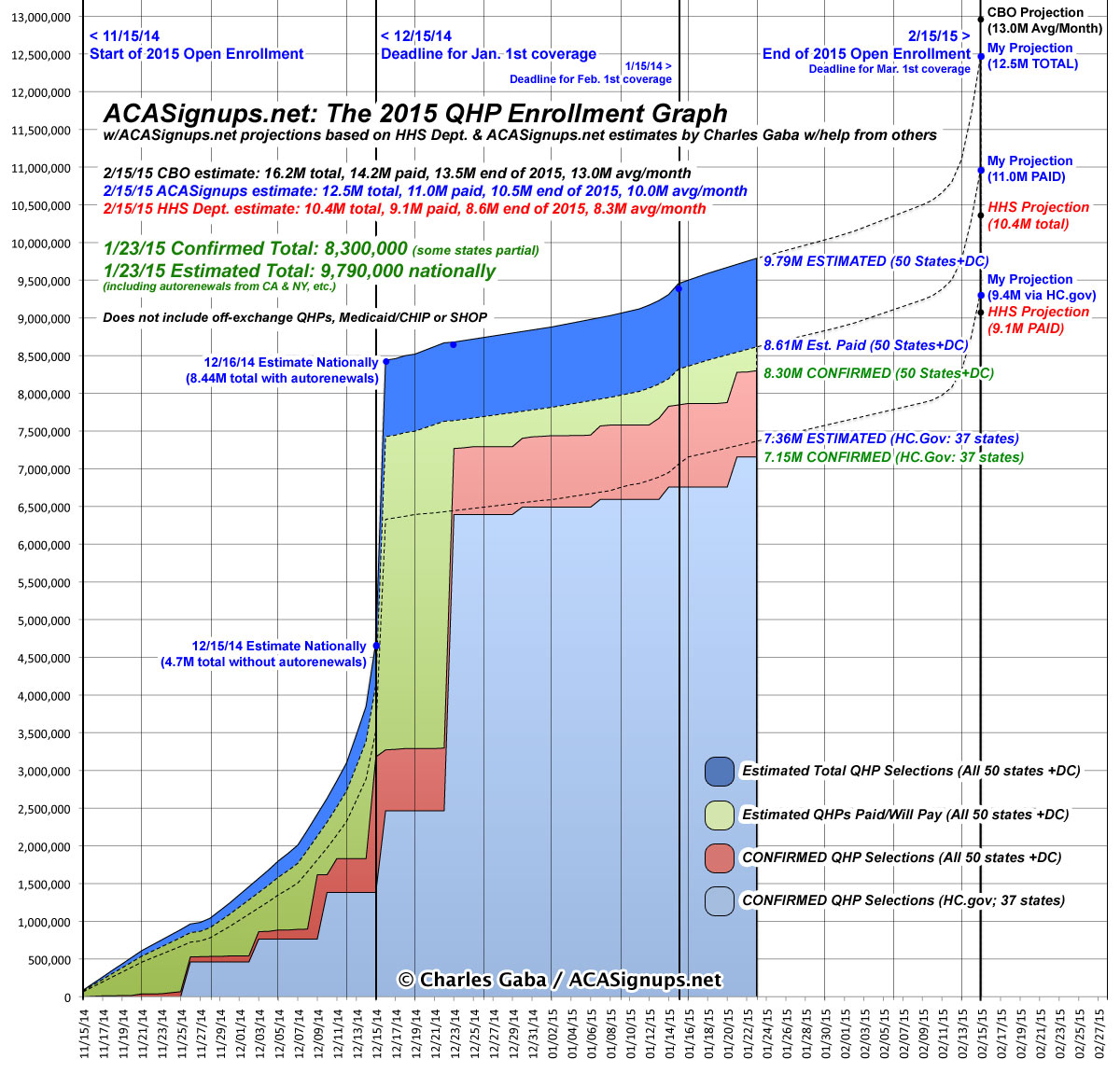