I've updated The Graph again, bringing things up to the end of the day today (Friday, January 16). After a 3-week "quiet period" (made even quieter due to both Christmas and New Year's), things should have heated up again this past week as yesterday's February coverage deadline approached.

The first week after the January deadline, HC.gov saw a mere 96K QHP selections due to Christmas Eve/Day, and the following week wasn't much better at 103K. As expected, they picked up somewhat last week with 163K QHPs.

So, what about this week? Well, as I've been expecting all along, there was definitely some sort of surge, although not nearly as dramatic as the one in December (or as I expect the one next month to be). If I had any doubts about this, they were dispelled by last night's confirmation that California enrolled more people on Monday alone than they did in the previous 4-5 days combined. On the other hand, part of that is because their enrollment rate leading up to Monday turned out to be far lower than I had thought.

With that in mind, I'm going to remain a bit cautious here and figure on roughly 9.50 million QHP selections nationally, of which around 7.10 million should be through HealthCare.gov. That means roughly 343,000 QHPs for the week, or about 2.1x last week's total.

With the February coverage deadline past us in 46 states (+DC), things should mostly drop off again (except for Maryland, Massachusetts, Rhode Island and Washington State, which have deadlines ranging from Sunday out to a week from today), steadily increasing to around 7.9 million via HHS.gov (10.5 million nationally) on or around February 10th, before what should be a huge final surge the last 5 days of the open enrollment period.

Note that the final surge may be dampened somewhat by the fact that a) it falls on a weekend and b) Valentine's Day is right in the middle of that weekend. On the other hand, the last few days falling on a weekend didn't seem to cause too much of a slowdown last March, so we'll have to see. 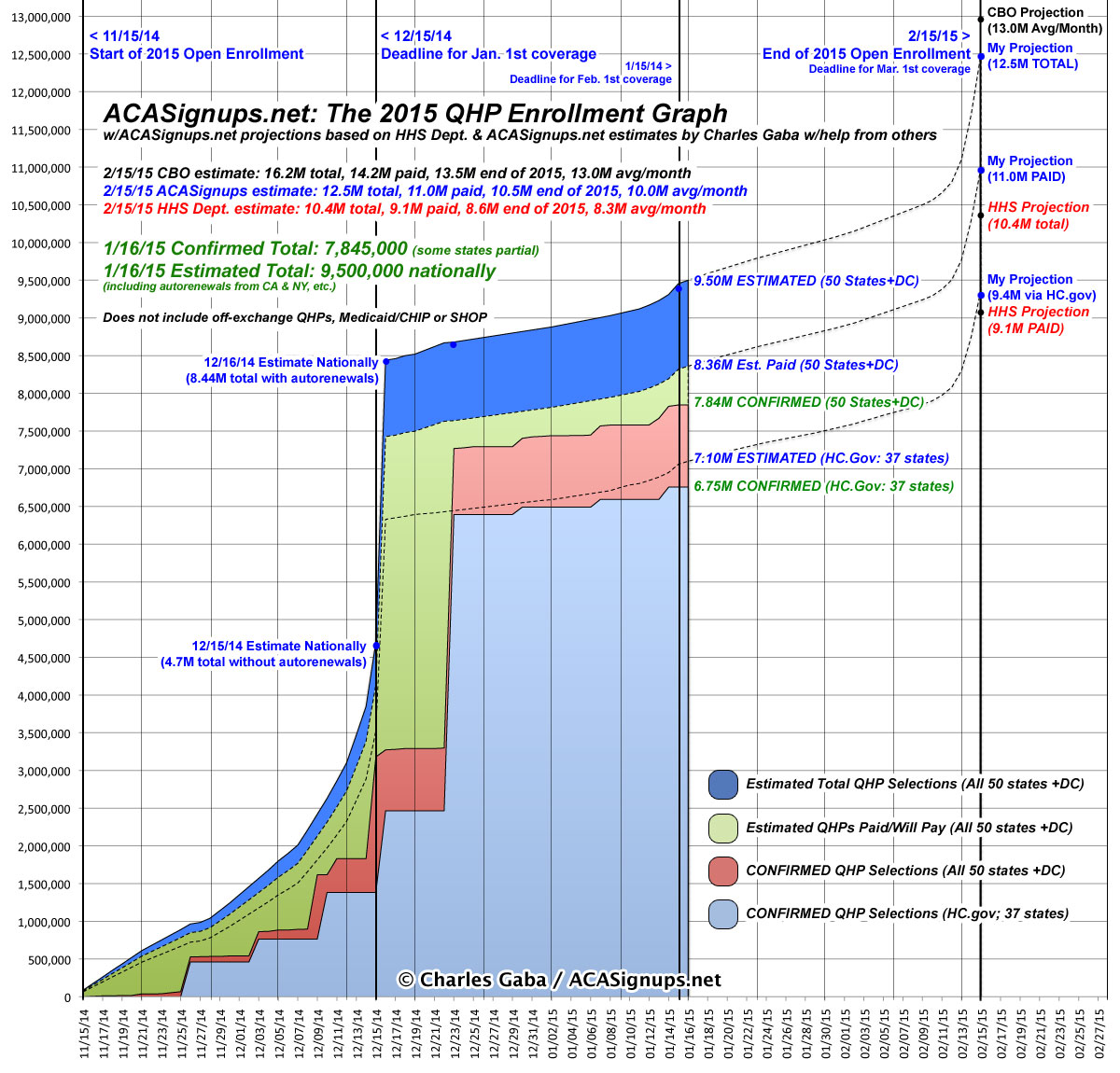