The following graph shows where new applicants are in the process between submitting their application and being covered by a qualified health plan. Please note that applicants who qualify for Medicaid are not included. The numbers are up-to-date as of Monday, December 29, 2014.

VT also includes a funky "enrollment funnel" graphic which shows how new enrollees are flowing through the system (from eligibility determination > plan selection > checkouts > payments > effectuated enrollments). Unfortunately, it's a pretty low-res graphic and difficult to read, but it's still kind of cool. Remember, this only refers to new additions, not renewals: 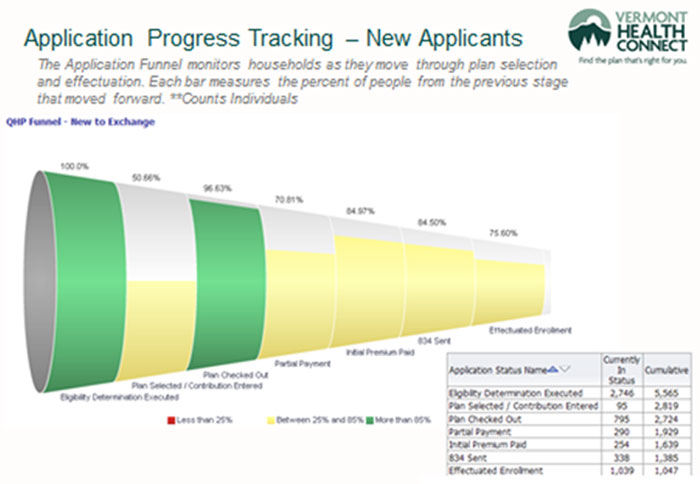