It's been a crazy day, and there have been some major developments: California, Connecticut, Minnesota and Vermont all announced last-minute deadline extensions of various types for January 1st coverage. In addition, I received an unexpected bounty of enrollment data drops (either partial or complete) from California, Connecticut, DC, Hawaii and Massachusetts. On top of all that, there was big Medicaid news out of Pennsylvania and Tennessee.

So, after this massive information overload, have I changed my projections at all? Well, I may still adjust my calls for future milestones, but I'm sticking to my guns for Week 4 (December 12th) and Deadline Day (December 15th):

UPDATE 12/16 10:00am: The only caveat I'll add is that yes, the last-minute deadline extensions from Connecticut, Minnesota, Vermont and especially California could muddy the waters here a bit, but only a bit, I suspect; perhaps 4.4 million instead of 4.5?

The biggest unknown still remains the question of how many of the 6.7 million existing QHP enrollments will be "autorenewed" tonight, as well as how those will be recorded (my 7.4M plot point on The Graph assumes that all autorenewals for the states sticking with today's deadline will be added into the record tomorrow, but for all I know they won't be officially added until January 1st, or they'll be phased in by state or something. Anyway, it'll be interesting to see how that all plays out.

After that, the big questions will be a) how skillful the exchange systems/personnel are at avoiding double-counting, double-billing or inadvertant cancellations, and b) how much of a surge there will be in mid-February.

Those are discussions for another day, however. From where I stand, I'm reasonably confident that as of midnight tonight, total QHP selections are will reach over 56% of the 8.02 million cumulative they reached on April 19th, 2014 during the first open enrollment period. 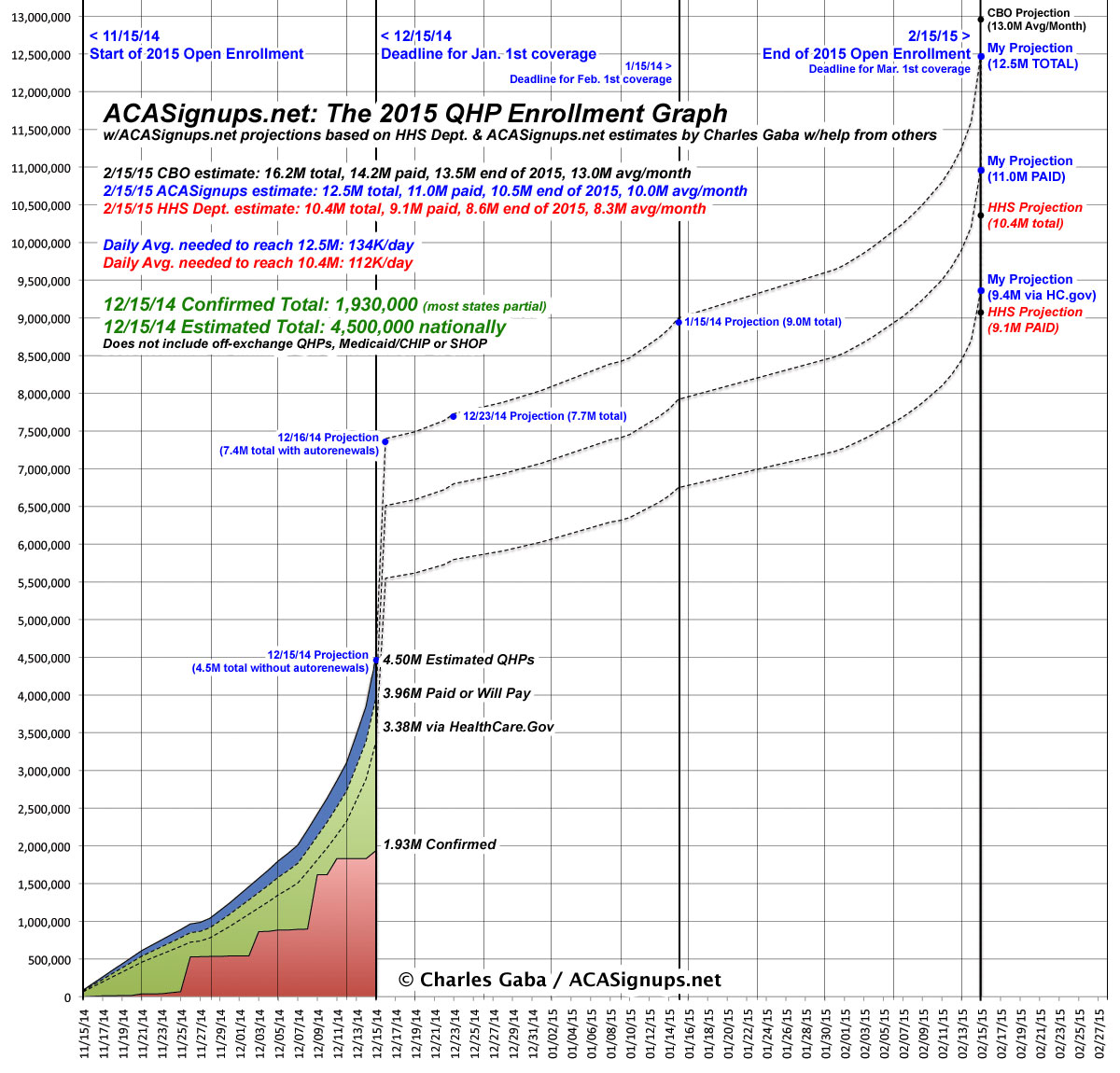