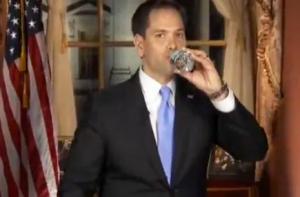 OK, Sherman, let's fire up the Wayback Machine and revisit August 29th, 2014, shall we?

At the same time, they refused to expand Medicaid or work with the federal government to offer subsidized insurance plans.

Six months after the launch of the state's effort, called Florida Health Choices (floridahealthchoices.net), just 30 people have signed up. Another seven plans were canceled either because consumers changed their minds or didn't pay for services.

After two months of taking ravenous glee at Healthcare.Gov's technical woes and low inital enrollment numbers last fall, followed by 5 month months of basically refusing to believe it when the numbers reached 5.4 million (plus another 2.6 million on the state ACA exchanges), and another 4 months since then of muttering into their beer about "but...but how many HAVE PAID???" even after the insurance companies themselves confirmed that a good 85-90% of enrollees were doing so...

...after all of that, it turns out that the Republicans in Florida tried launching their own "health insurance marketplace" on the taxpayers' dime...and it was so incredibly "successful" that six months later, only 37 people even tried to purchase their offerings...and 7 of those (19%) skipped out without paying.

Yup, even the payment rate at the GOP-run exchange is worse than that of the Affordable Care Act.

But Health Choices doesn't sell comprehensive health insurance to protect consumers from big-ticket costs such as hospitalization. Instead, it has limited benefit options and discount plans for items like dental visits, prescription drugs and eyeglasses.

...Of the 30 policies currently active, 14 are prescription drug discount cards and another 12 are a dental and vision discount plan. The rest are plans offering discounted doctor visits and online support.

So, it's a) basically a scam; b) an utter failure; and c) cost the taxpayers of Florida up to 46x as much per enrollee as HealthCare.Gov. Sounds like par for the course for the GOP.

Still, why am I bringing this up tonight?

Because their failure up until now appears to have forced "Florida Health Choices" hand into making a hilariously ironic policy change:

But a move to have the marketplace interface with the federal health insurance exchange so low income Floridians can qualify for tax credits hasn’t come to fruition, correspondence from Florida Health Choices Chief Executive Officer Rose Naff shows.

She said the organization –created in statute as a mandate free health care marketplace by Rubio — did not offer the product on November 15 in deference to the federal government and to “minimize confusion among your target audience.”

I'm sure Florida Republicans will be very interested in Senator Rubio explaining why his brainchild is now reduced to begging the HHS Dept. to allow them to sell Obamacare policies...especially if he throws his hat in the POTUS ring for 2016...

In all seriousness, though, assuming they do manage to get approval/authorization for this, it seems to me that "Florida Health Choices" could conceivably end up becoming...an ACA-compliant State Based Healthcare Exchange???