Renewals: 21,788 individuals have been checked out into 2015 health plans.

New to Vermont Health Connect: 4,079 individuals have been checked out into 2015 health plans.

I also can't resist including this rather, um, creative graphic representation of the numbers that the Vermont exchange has come up with: 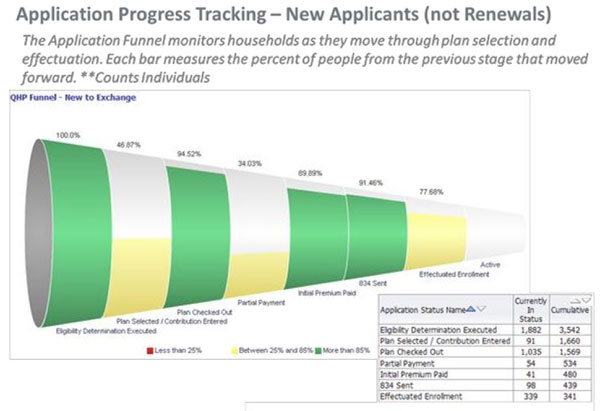 The following graph shows where new applicants are in the process between submitting their application and being covered by a qualified health plan. Please note that applicants who qualify for Medicaid are not included. The numbers are up-to-date as of Wednesday, December 10, 2014.