Hmmmmm...MA has switched their weekly reports from Mondays to Fridays, which is fine...except that until now the weekly versions also included actual hard "QHP plans selected" data.

This one...doesn't. It includes all the other weekly stuff but not the actual plans selected (aka "total enrollments" by my lingo). As a result, I'll still have to do an estimate based on the Eligibility Determinations...which in this case is a total of 83,988.

Assuming that the % of QHP determinations which have already led to actual plan selections is up to around 60% per day by now (up from around 52% a week or so ago), that should mean roughly 44,800 QHP selections to date. To be cautious, however, i'll knock it down to an even 44K for now.

And, again, Medicaid (MassHealth) enrollments are already up to 72,175 people. 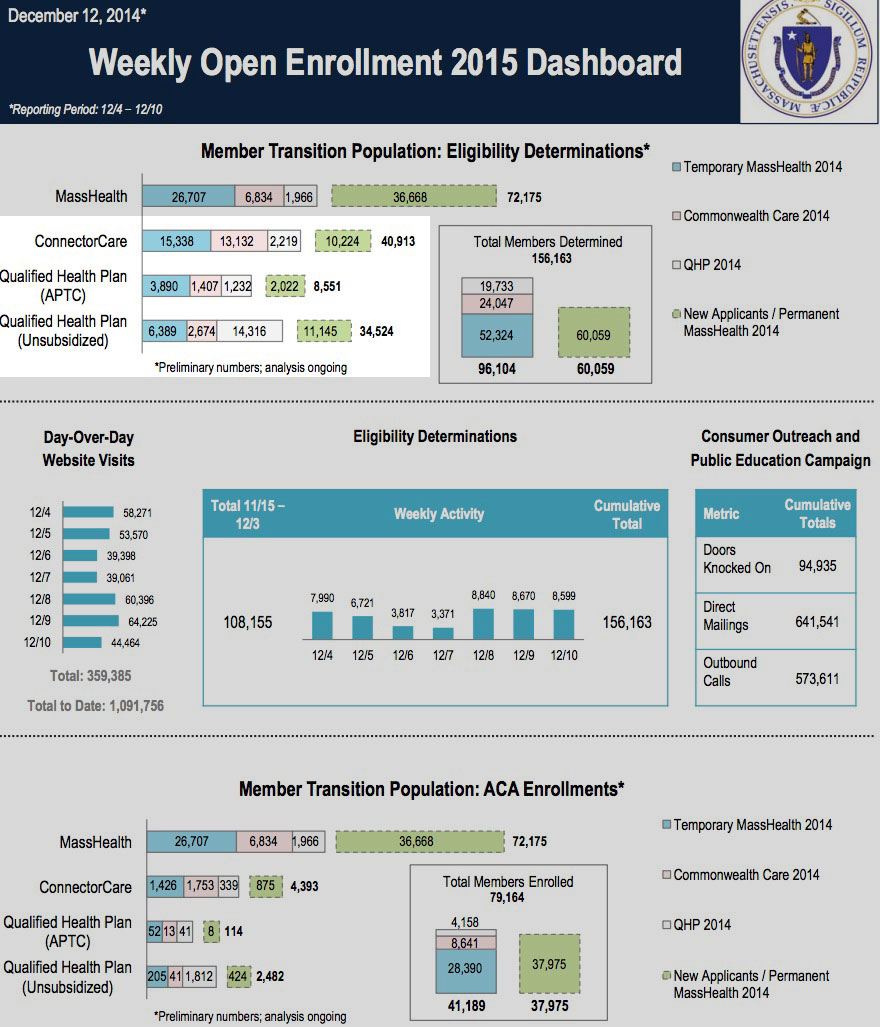