When I last estimated QHP enrollments for Massachusetts, I assumed roughly 50% of QHP determinations had been selected and thus figured they were up to roughly 19,200 as of the 27th. Today they posted their 2nd official weekly report, and it looks like I overshot a bit (the actual number through the 28th was 18,646). The good news is that the weekly report also includes three more days (through last night). When you tack on the weekend, the grand total now sits at 21,740. Divide that into the 44,446 QHP determinations and the ratio has dropped slightly, to 48.9%.

Still an impressive showing through the holiday weekend. For the record, MA has reached about 68% of their 2014 open enrollment total in just 15 days, and is on pace to reach at least 135K by 2/15 (though I still estimate they'll reach more than double that).

Meanwhile, Medicaid additions are now up to 38,283 to date: 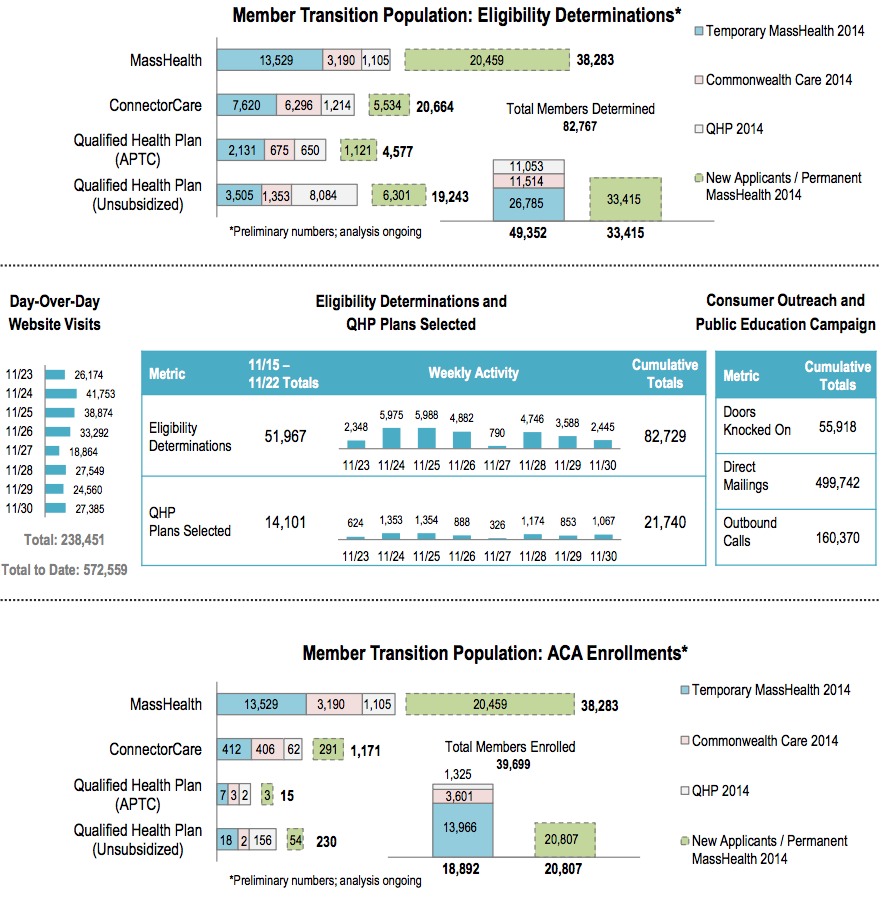