This is awesome. Remember how last week I was assuming that roughly 50% of those determined eligible for QHP enrollments likely had already gone ahead and done so each day? At the end of the week I pulled back from this and went with a more cautious 1/3.

Well, it turns out I had it right in the first place: Massachusetts is about to announce 14,101 QHPs actually selected as of Saturday, out of 28,175 determinations (essentially 50% on the nose)!

In addition, they're already up to 23,792 MassHealth (Medicaid) enrollments, which is also excellent.

(link provided soon...it's not even on their website yet!)

For context, Massachusetts is enrolling people in private policies eleven times faster than they did last year...and that includes the December & late March surges.

Put another way, in just 8 days MA has already enrolled about 44% as many people as they did in 200 days last time around.

UPDATE: Here's a link to the official press release and here's the official weekly dashboard report; it's a bit tricky to interpret due to the temporary situation so many Bay Staters were put in, but overall it's great. 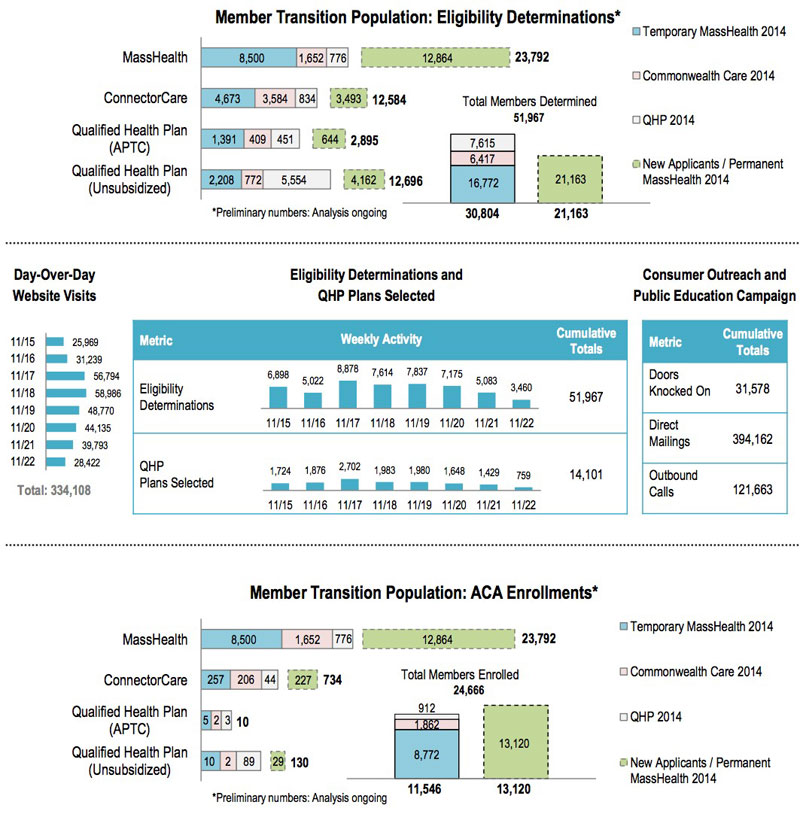