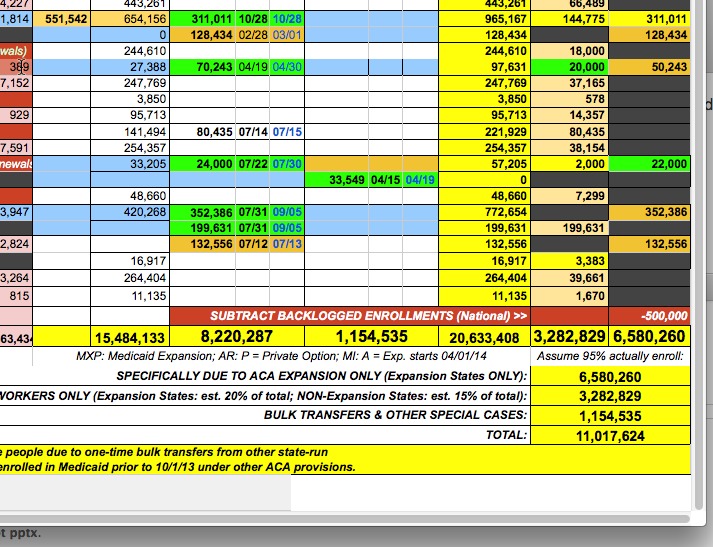 Yup. Even with a good half-million new enrollees still backlogged in the system, and even with a conservative estimate of 5% of new enrollees bailing without completing the process for whatever reason, as far as I can tell, ACA-enabled Medicaid/CHIP enrollments have just passed by the 11 Million mark...right in line with my estimate on The Graph.

Remember, this includes 950,000 or so people who were enrolled in Medicaid before the expansion program kicked in, via other ACA provisions dating back as early as the summer of 2012.

Without those, the total stands at around 10 million; add them in...and it goes to 11.