In spite of their ugly technical problems, Cover Oregon was surprisingly consistent and reliable with their off-season enrollment updates, issuing them about once a week throughout the entire spring and summer. This came to a halt on September 29th, however; they didn't issue any updates at all throughout all of October. I assumed that this was because they were too busy shutting down the state exchange and moving everything over to Healthcare.Gov for the 2nd Open Enrollment period, and I'm sure they are. However, tonight I was pleasantly surprised to see that they have issued one more update after all, taking things all the way through...today:

Total numbers are the number of enrollments that have occurred through Cover Oregon.

Net numbers are enrollments remaining in the system on this date after cancellations and terminations.

Please note also that these are estimated enrollments and throughout the year there will be a constant process of reconciliations.

So, what's been happening in Oregon this past month?

Well, the total enrollment figure has gone up another 2,459 over 29 days, or 84 per day. This is a far cry from the 200+/day they were averaging throughout the summer, but it's still pretty darned impressive given that all of the states are winding down in anticipation of the new 2015 rates and Oregon, along with Nevada, is in the process of making the move to HC.gov.

Medicaid enrollments, on the other hand, are up an astonishing 58,639 since August 13th (that's the last date of the Medicaid updates).

Yup, that's right: In spite of everything, with a completely non-functional website, Oregon has still managed to enroll well over a half a million people in new healthcare policies. 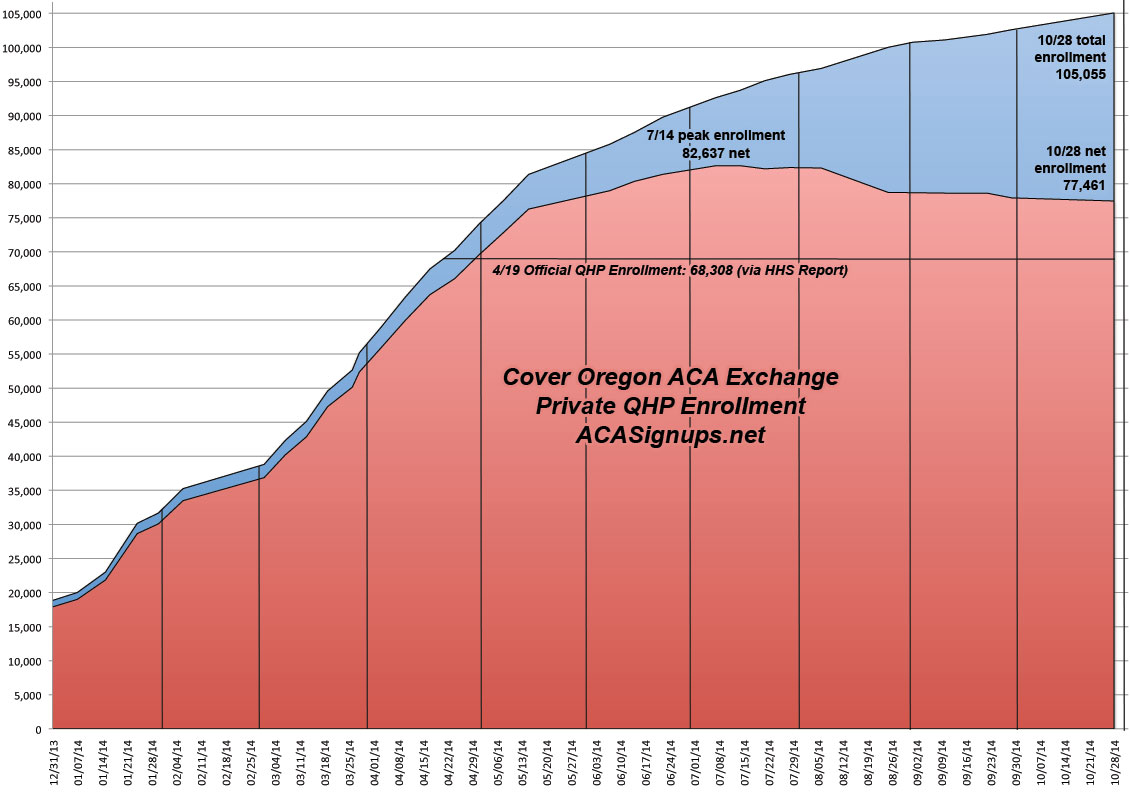