If I'm correct about this (or even close to correct), by my count the current net increase in Medicaid/CHIP enrollments should be right around 10.0 million even at the moment, and should hit around 10.5 million just in time for Year Two: 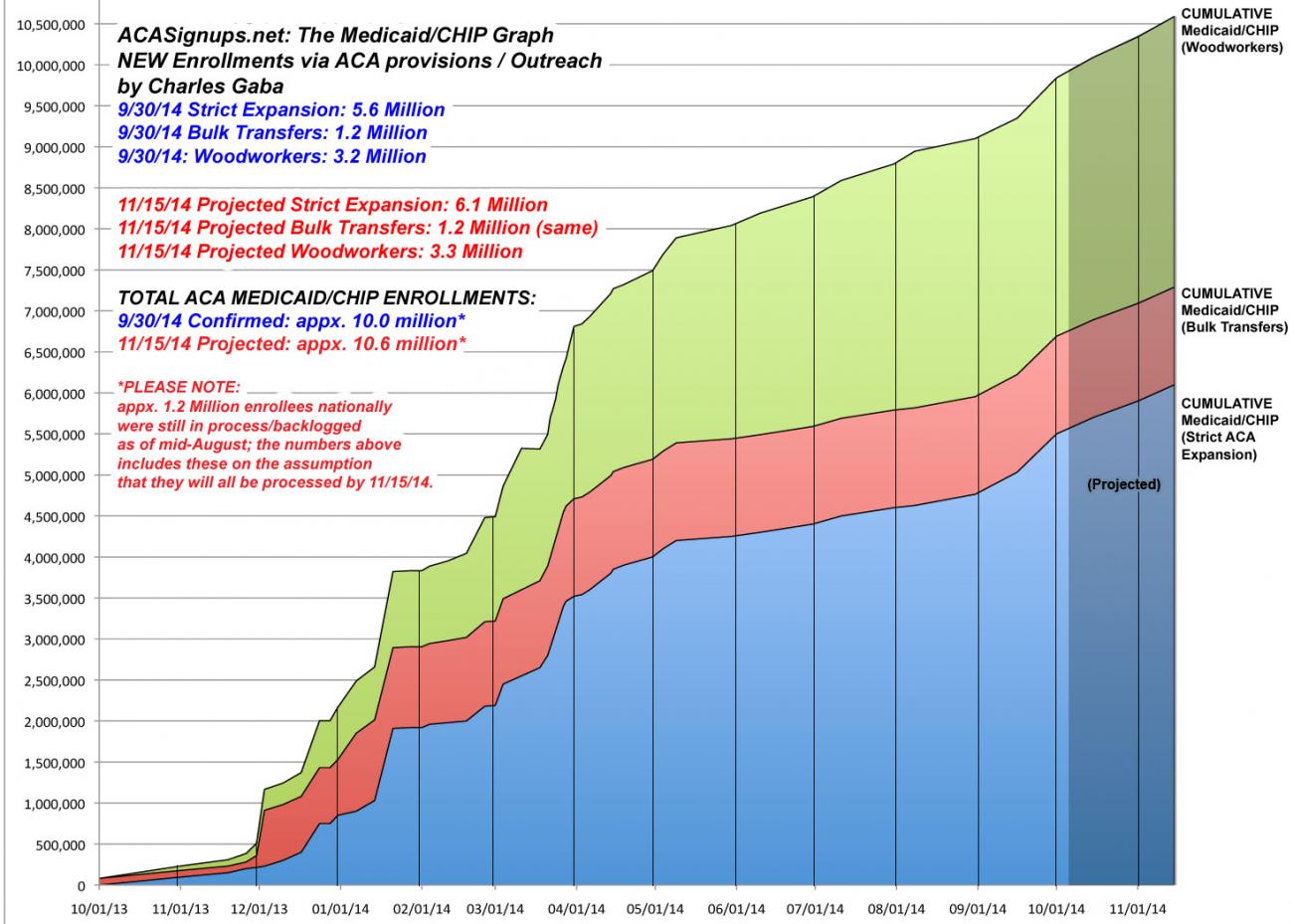