I've posted the QHP Graph below, but a larger version can be seen at the new official link.

UPDATE x2: I should also clarify that the 7.6M as of 11/15 is a high-end estimate. That number assumes 9K/day being added every day right up through 11/14, which probably isn't likely; there will almost certainly be a significant drop-off in the final few weeks, since anyone not in immediate need of coverage will be very likely to just stick it out for another couple of weeks until the 2015 open enrollment period starts up again on 11/15, with new policies, new premiums and so forth to choose from.

In addition, there's also other factors which will come into play between now and 11/15, such as CoveredCA being offline for a couple of weeks for retooling (it just came back online earlier today) as well as the Vermont exchange also being offline for retooling from 9/15 right up through 11/15. Those two factors alone will likely lop off perhaps 30,000 from the total.

Finally, there's the 115,000 citizenship/immigration data issues yet to be resolved by HHS (and presumably a smaller number on the various state exchanges). Assuming, say, 150K total, and assuming half of them are resolved with the enrollees keeping their coverage, that's another 75K to subtract from the November count. 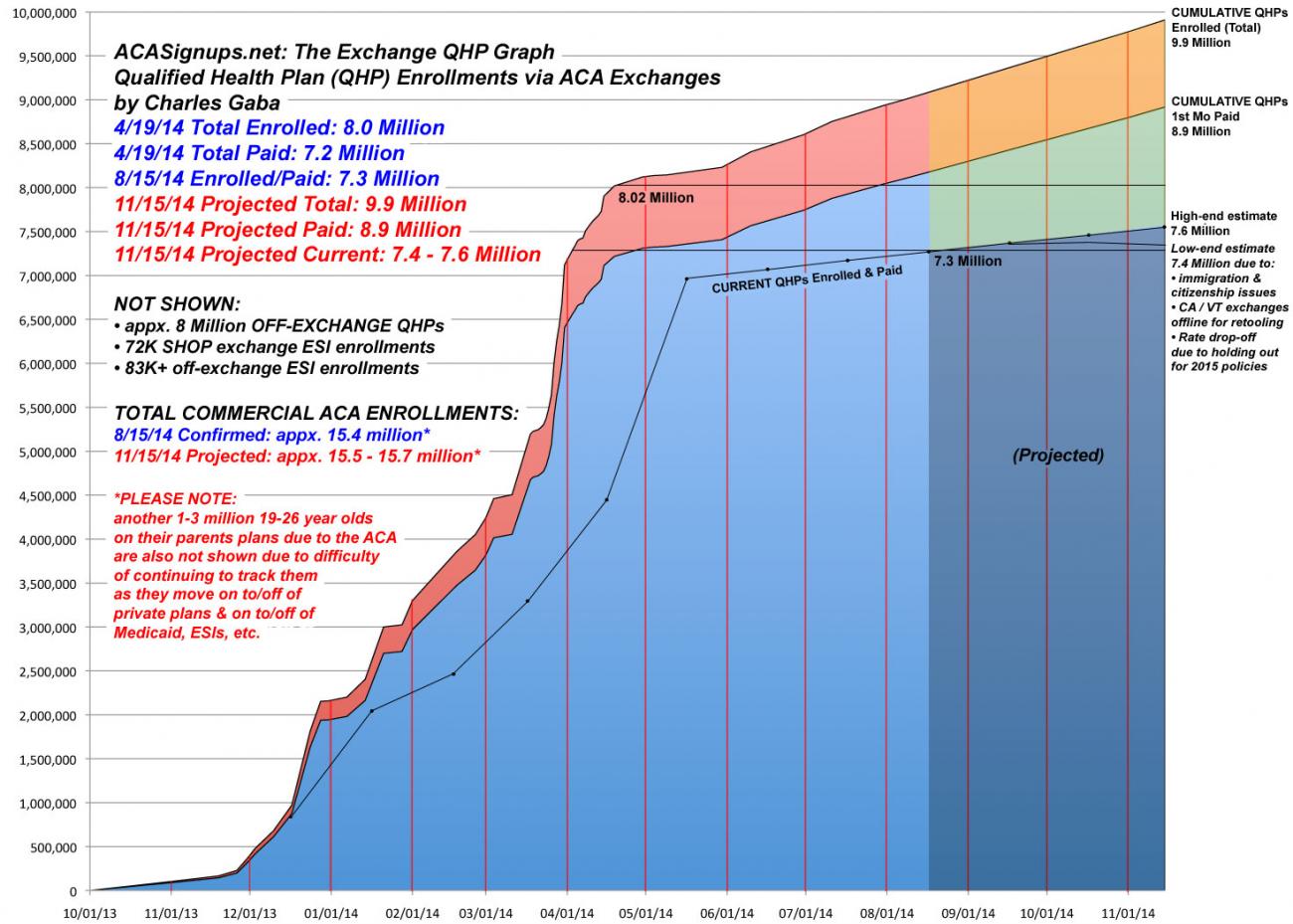